The Reverend Dr. Martin Luther King, Jr., was one of the most prominent and recognized leaders for civil rights in the United States. On April 3, 1968, Dr. King delivered what was to be his last speech—“I've Been to the Mountaintop”—where he spoke of a vision of being allowed to go to a mountain to see the promised land, a place where his dream of social justice and freedom for all people has come true.

During the speech, the crowd cheers as he asserts:

“I may not get there with you. But I want you to know tonight, that we, as a people, will get to the Promised Land.”

Dr. King was assassinated the next day.

My name is Erinne Seay. I am a part of our People Operations team at Pivotal, based in Los Angeles, California. I have a bachelor's degree in child psychology and a master's degree in forensic psychology. I am very passionate about restorative justice and the community. Along with Gregory Green, I lead the community outreach initiatives of our Employee Resource Group (ERG) called Black@Pivotal.

Being a part of Black@Pivotal has given me a chance to work with inspiring and talented people across different organizations that share common goals. Our goals are based on Pivotal values: “Do the right thing. Do what works. Always be kind.” 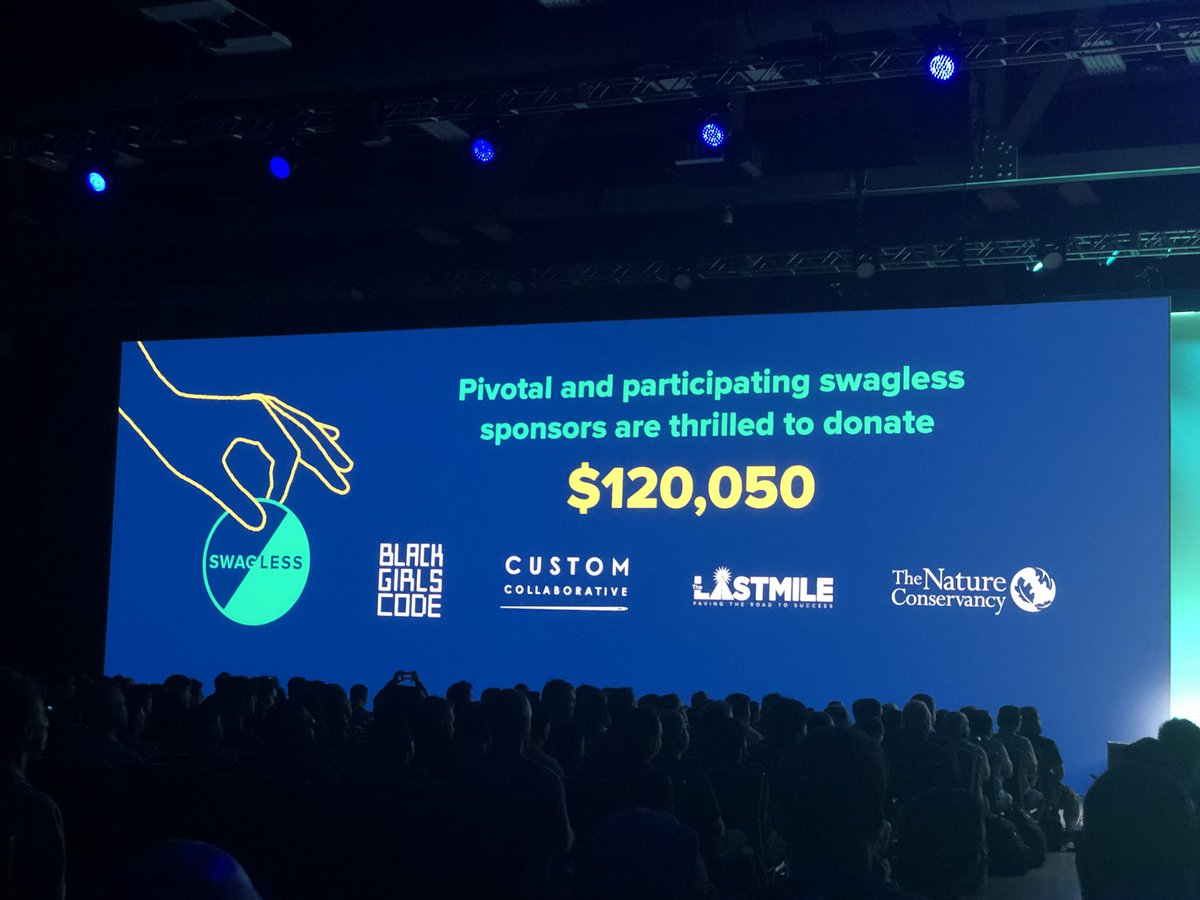 We optimize our goals not only by strategizing to solve challenges that face our community, but also by actually acting to give back to the community. For example, we held a "swagless" campaign at SpringOne Platform 2019, as part of which exhibitors contributed money to charities instead of paying to produce and hand out t-shirts, socks, pens, and other traditional tchotchkes at their booths. Black Girls Code and The Last Mile were two of the four non-profits for which we raised money, each of which received a minimum of $17,000.

Black Girls Code is non-profit that teaches young black women between the ages of 7 and17 how to code. We’ve formed a formal partnership with the organization over the past year, and, along with the Pivotal Social Responsibility group, have hosted several workshops within the Los Angeles and Seattle offices. These events have raised around $10,000 for Black Girls Code.

The Last Mile teaches computer science to inmates in different prisons around the United States, and is another non-profit with which we’ve established a great relationship. With the help of Onsi Fakhouri, our senior vice president of Cloud R&D and Black@Pivotal executive sponsor, we were able to pilot a mentorship initiative with a couple of our engineers to go to San Quentin State Prison to mentor inmates on different coding projects. 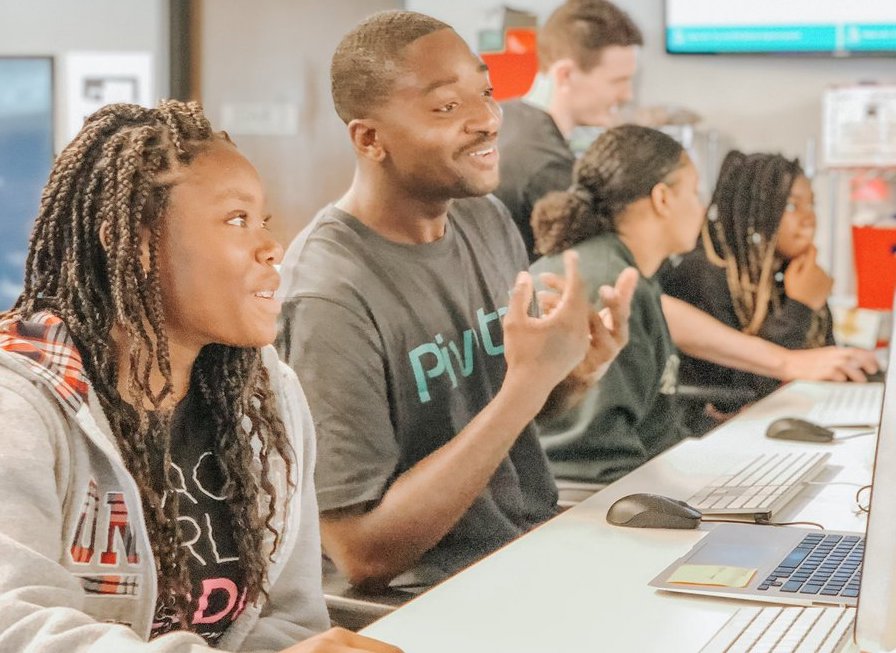 Demetrious Robinson helping out at a Black Girls Code event.

One of those inmates is Demetrious Robinson, who went through The Last Mile Program and graduated in 2017.  Through The Last Mile, Demetrious and I became good friends, and I invited him to our Los Angeles office. He built relationships with different employees and eventually was encouraged to apply as an intern. He was accepted as an intern and eventually accepted an offer in to become a full-time engineer at Pivotal.

When I asked Demetrious what inspired him to work at Pivotal, he said, “At Pivotal there is a community of people helping each other.” Pivotal doesn’t just hire people to fill a job req; we hire people who value giving back what they’ve been given. Demetrious is a prime example of this—he has volunteered as a technical instructor at every Black Girls Code workshop we’ve hosted in Los Angeles, and also uses his coding skills to mentor other young men who were recently incarcerated. Our culture at Pivotal inspires people to collaborate together. 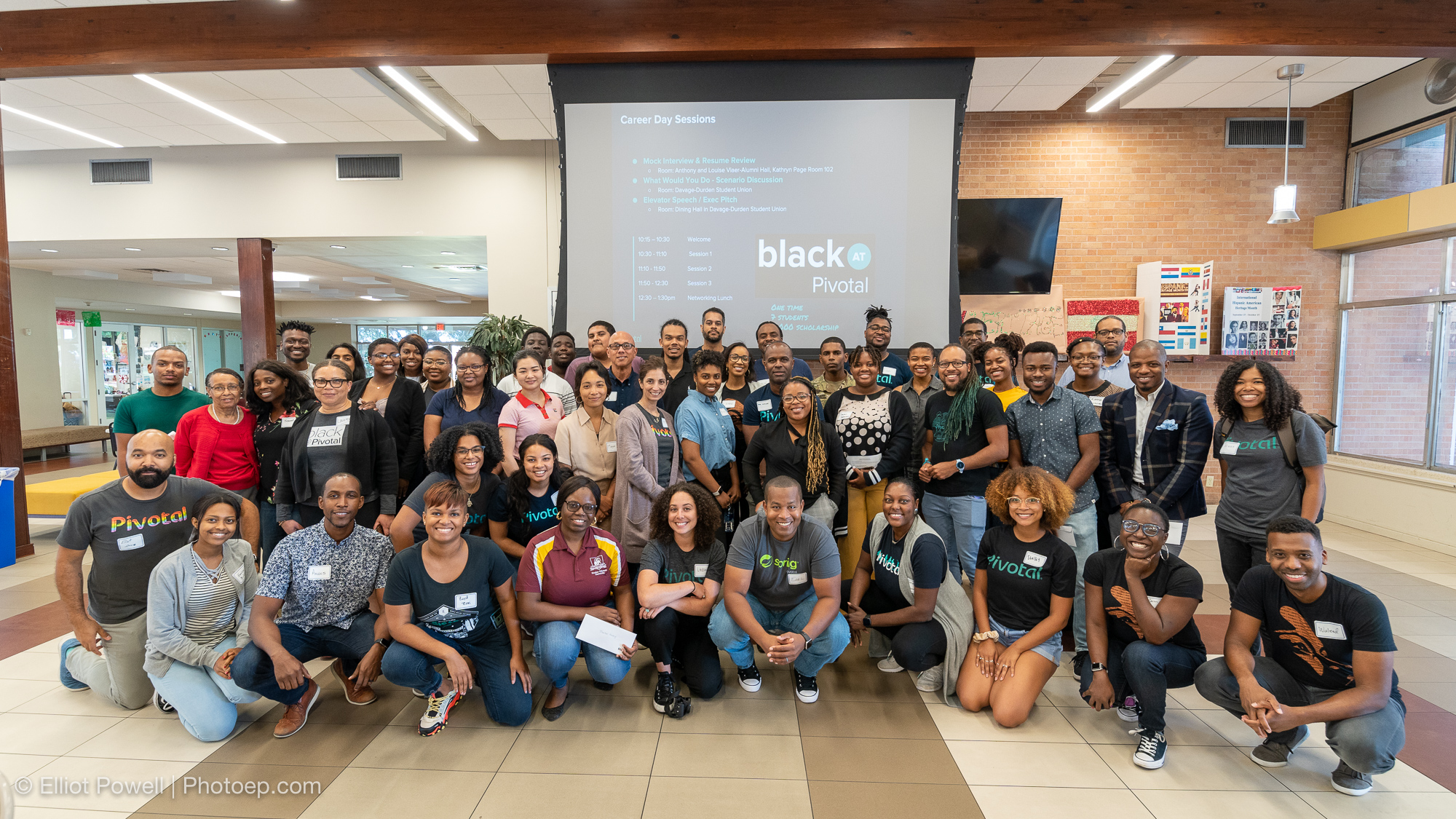 Pivotal and the Huston-Tillotson University community.

Black@Pivotal also helped students at Huston-Tillotson University which is a private historically black college and was the first institution of higher learning in Austin, Texas. We designed workshops around career development for students, and gave scholarships to several students.  While at the Huston-Tillotson University  campus, we were also able to share stories with Diversity and Inclusion leadership at Dell and VMware.

Recounting her experience, student Malachi Peterson said, “Pivotal created an awesome workshop that was nothing like I’ve ever seen since I’ve been enrolled at Huston-Tillotson University.”

Black@Pivotal has helped employees build our brand in the community by giving back to the community. I am thankful and very proud to represent Pivotal as a black employee who is guided by the same principles and beliefs as Dr. King. To learn more about our group, email us at black@pivotal.io. 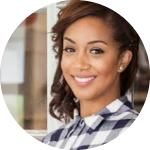 Erinne Seay is an HR Operations Specialist at VMware. She is a Bay Area native, and recently moved to Los Angeles. She is passionate about creating opportunities for corporations to make positive impacts within the community. 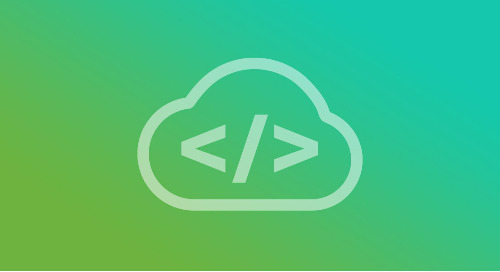 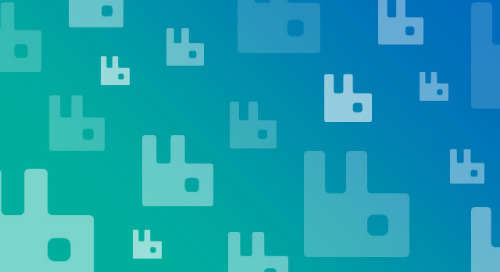