Messaging is hot. With the rise of microservices, event-driven architectures, and serverless patterns, messaging is becoming more critical. And while there's no "one technology to rule them all," RabbitMQ is broadly adopted, well documented, and applicable. This makes it an easy choice for developers.

The technology continues to evolve, too. In fact, many users may be surprised to learn that the latest versions of RabbitMQ aren't what they remember. It now uses the Raft protocol for clustering as quorum queues. It uses Prometheus and Grafana for monitoring and observability. Feature flags now support a progressive upgrade pattern. And there's a version on Kubernetes in beta.

It's a good time to get up to speed on RabbitMQ and messaging, in general. To do that, it helps to know who are the key influencers to follow. I've put together this list based on presentations, blog posts, and social media presence, among other things—it's not perfect, but it's a starting point. (See ranking criteria and known limitations in the footnotes)

The Top RabbitMQ influencers of 2019

10. Gabriele Santomaggio (@GSantomaggio). Having given at least a couple of talks this year, and a healthy 540 followers on Twitter, Gabriele took his spot in the top 10.

9. Rohit Kelapure (@rkela). Rohit wrote a post on RabbitMQ health and explained how and why RabbitMQ is used at Travelers Insurance. Factoring in over 750 followers, and Rohit took the ninth spot on the top 10 list.

8. Jack Vanlightly (@vanlightly). Jack wrote a couple of posts this year and gave a talk on RabbitMQ benchmarks at the RabbitMQ Summit. He joined the core RabbitMQ engineering team in the second half of the year, so we look forward to great things! With over 500 followers, Jack snagged the number eight spot on the top 10 list.

7. Lukasz Lenart (@lukaszlenart). With a  couple of posts on RabbitMQ configuration and over 800 followers, the ASF committer landed in the number seven spot.

6. Gerhard Lazu (@GerhardLazu). A member of the core RabbitMQ engineering team, Gerhard was on the speaking circuit this year. Presenting virtually and in person, Gerhard focused on observability and the new Prometheus and Grafana integration. With over 580 followers, he took the number six spot on the top 10 list.

5. Lovisa Johansson (@lillajja). Lovisa was a prolific blogger on RabbitMQ this year, and she co-presented at RabbitMQ Summit. Even with less than 300 followers, she had a strong showing and took the number five spot.

4. Karl Nilsson (@kjnilsson). Another member of the core RabbitMQ engineering team, Karl also gave a number of talks in 2019. His talks focused on the Raft implementation and quorum queues introduced in RabbitMQ 3.8. With over 680 followers, he took the fourth position in the top 10 list.

3. Gavin Roy (@crad). While he didn't publish any books this year, Gavin gave a great talk at RabbitMQ Summit and published many updates to RabbitPy. With over 1300 followers, Gavin took the number three spot.

2. Michael Klishin (@michaelklishin). As a member of the core RabbitMQ engineering team, Michael co-presented a couple times on major RabbitMQ updates and roadmap. With nearly 3,000 followers, Michael took the number two spot on the top 10 list.

1. Mark Heckler (@mkheck). A developer advocate on the Spring team, Mark has been giving talks all over town about Spring Cloud Stream... and how you can use it with RabbitMQ and Apache Kafka. He's shared sample code on his github repo and he also interviewed Zoe Vance about what she's been working on with RabbitMQ. When you factor in nearly 13,000 followers, Mark was clearly the top influencer for RabbitMQ in 2019.

If you're a RabbitMQ user, you're likely already following at least some of the top 10 influencers. They are definitely the must-follow crowd. But you may also want to keep an eye on these up and comers.

Wander Costa (@rwanderc). Wander posted about using Spring Boot with multiple RabbitMQ brokers early last year. He went on to speak about it at the RabbitMQ Summit and shared that he's been working with the core Spring team to contribute the work.

Kacper Mentel (@kacper_mentel). Kacper wrote a thorough blog on debugging RabbitMQ and spoke about tracing at the RabbitMQ Summit.

Szymon Mentel (@szymonmentel). Szymon started a blog (in Polish) focused on RabbitMQ. That and his posts on the Erlang Solutions blog provide some good expert insights.

Mike Møller Nielsen (@MikeMoelNielsen). Mike published several videos demoing how to use RabbitMQ on his YouTube channel. If YouTube subscribers had been a factor in the rankings, he would have had a meaningful score.

Madhav Sathe (@madhav_sathe). Madhav co-presented at RabbitMQ Summit as well as SpringOne Platform on RabbitMQ. He also has an upcoming webinar about building reliable data streaming pipelines with Project Reactor and RabbitMQ.

Think I left someone out? Is there someone I should have on my radar for 2020? Let me know at @DormainDrewitz

I tried to keep the ranking process simple. Producing and sharing original content about RabbitMQ is the primary criteria. To measure who had the biggest influence with the content they produced, I first scoured every issue of This Month in RabbitMQ and aggregated all the community resource listings. I also added the speakers at the RabbitMQ Summit and other known talks to that list. From there, I filtered the list for "repeat supporters" with 2 or more posts and talks.

In order to measure the reach of this content, I next factored in the size of the Twitter followings for each candidate. I multiplied the  number of content pieces by the number of Twitter followers for a final score. Simple math. If a candidate did not have a Twitter account (that I could find), they were disqualified. I also disqualified myself, of course.

Finally, I set the minimum score to 1000. From there, I found the top 10 influencers.

There's no perfect way to normalize and calculate a relative influence in a community. By keeping the methodology and calculation very simple, it's at least easy to understand how the ranking was decided. That said, there are some clear limitations to the methodology used: 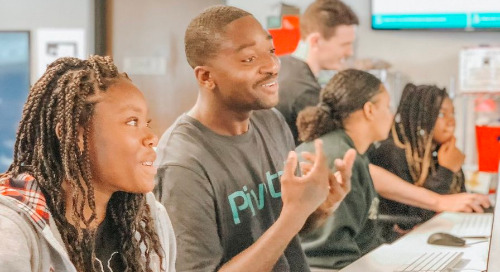 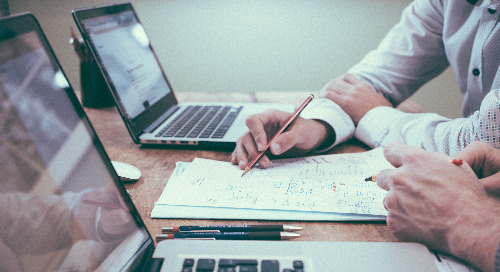