The value of opening public data is a difficult thing to quantify. An increasing number of cities, states, and federal organizations are building data portals. But the usefulness and quality of the data released in past years has been notoriously inconsistent. In the past year, cities such as Chicago, countries like the United Kingdom, and organizations including Code for America have begun to set a gold standard for releases of open civic data. This has prompted a slew of projects to increase government transparency and citizen engagement, and an increasingly vibrant startup culture for civic apps.

Chicago has been perhaps the most bullish city in the United States about embracing open data initiatives (forgive the pun.) Under the supervision of CTO John Tolva, Chicago’s open data portal is expansive in its scope — including over 450 datasets — and committed to open standards. The result has been a vibrant community of citizen hackers, exemplified by the Open City Apps organization, as well as a number of startups built upon this wealth of civic data emerging from accelerators such as 1871 and the Smart Chicago Collaborative.

While Chicago’s open data portal is a standard-bearer, it’s far from the only exemplar. Other standouts include New York City, Boston, Philadelphia, Austin, San Francisco, and Santa Cruz. These efforts have spawned a number of civic startups that are finding business value in the release of public data, such as Austin’s Aunt Bertha, which simplifies the search and application process for social services, and recent Knight News Challenge recipient Open Counter, which simplifies the process of registering and creating new businesses within a city.

The path to opening civic data — and reaping value from it — remains unclear. Cities, states, and federal institutions continue to be mired in legacy systems, with potentially high-value datasets buried in proprietary databases or PDF files. Whether sustainable startups can be built upon civic data alone remains an open question. But thanks to the efforts of a number of forward-looking public CTO’s, and civic-minded entrepreneurs and innovators, cities are becoming more transparent, interactive, and hackable. 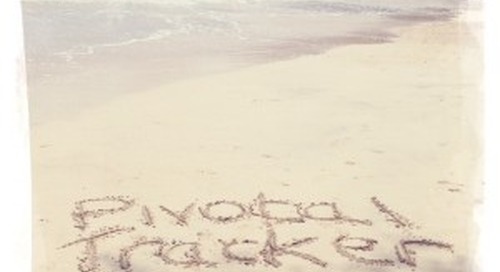 Attention Bay Area Tracker users! As you’ve probably noticed over the last couple of weeks, we’re back in a...

Having just returned from the 7th annual Mobile Banking and Commerce Summit in Miami, I wanted to share my ...