While looking at the websocket library for Go, I came across the following code:

I tried to figure out where the Handler function was defined in the websocket package but couldn’t find it anywhere. What I did find was this:

This code defines a type called websocket.Handler that is a “synonym” for a function that takes a pointer to a websocket.Conn. It also defines a method named ServeHTTP on the Handler type. With this discovery, the mystery of the missing function was solved. Allow me to explain…

Ruby is an object oriented language. You can define classes and subclasses with associated methods. You use these classes to instantiate objects that have state. In Go, there are no classes. You have the ability to combine structs and type declarations to mimic classes/objects:

This code defines a user “class” that has a property called Name. You can “instantiate” an “object” from this type using a literal declaration (User{Name: “Mike”}). This will output ‘User name is Mike” to the screen.

Since Go is a statically typed language, unlike the dynamically types Ruby, you can also define interfaces that are checked at compile time. One place Go uses interfaces is in the fmt package in the shape of the Stringer interface.

The above code defines the same User struct we saw before but now it defines a method on User called String. The simple act of implementing all of the methods for the Stringer interface make the User struct a Stringer. Now when the fmt.Printf function needs to make the User a string, it calls the String method defined by Stringer.

How does this apply to our mystery code? Well, the http.Handle function is used by the code to answer calls to the “/echo” endpoint when an HTTP server is started. This function takes a string for the route endpoint (in this case “/echo”) and something that implements the http.Handler interface with its one method ServeHTTP. Getting closer…

Another thing you can do with Go types is declare a type to act as a synonym for a function with a specific signature, just like in the websockets code:

Can you see the solution? Don’t worry if you didn’t, it took me a while to figure it out as well.

I am still scratching my head about that one but by playing a little type system magic the authors of the websocket library have created a nice DSL for allowing the user to attach their custom websocket handlers to HTTP endpoints and the only thing they have to worry about is a struct of type websocket.Conn. Pretty cool if you asked me. I am going to keep an eye out for more of these “magic” tricks in the Go libraries…stay tuned. 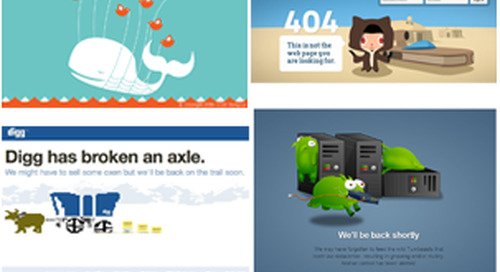 UPDATE: Thanks to fellow Pivots Alex Kwiatkowski and Rick Reilly, we found that inheriting from ActionContr...