As you may have heard, the San Francisco 49ers recently spent a whopping $1.2 billion on “a unique user experience that fans can’t get while watching the game at home” (as said by their CEO Jed York). This comes in the form of a Wi-Fi enabled stadium that allows viewers to connect their smartphones to the internet as necessary. They are one of the first teams to make this investment in internet infrastructure, a move that extends significantly beyond simply letting their fans browse the internet during the breaks. Let’s look into why the 49ers made this strategic move:

Because the owners of the sports teams likely own the stadium (or arena) as well, they also generate revenue from the other activities hosted there, such as concerts and events. This makes it as important as ever to leverage mobile to deliver experiences that will keep people coming back to the stadium, regardless of the type of activity they came for in the first place. This is about taking the live experience to the next level and increasing non-shared revenue.

One problem: with television and home theatres replicating the sports experience, the effort and cost required to travel to the actual stadium become much more unattractive. Sports teams and stadium owners are faced with the challenge of how to get their viewers off the couch and back into the stadium.

Of the $1.2 billion the stadium cost to build, user experience enhancements cost $336 million. The 49ers are not joking around. With such a significant investment, the owners are going to need help generating cash and return on investment (ROI). Most owners of stadiums and football teams need to front the bills themselves.

One method of generating cash and ROI is to bolster the non-shared revenue generated, and the 49ers taking the lead on this like never before: their new stadium allows all 70,000 spectators to use Wi-Fi. Attendees can connect to the web to figure out which lines at the bars are longest, or which bathrooms are the most congested. Spectators will be able to order drinks and meals directly from their mobile devices ahead of time or during the game.

Spectators can also watch replays anytime they want directly on their smartphones, from any camera angle in the stadium. They are no longer restricted to the television angle, nor the stadium’s screens.

According to CNN, despite the increased prices, 70% of season ticket holders have renewed for the 2014 season as of July 2013 (August 2012’s renewal rate was 91%). The 49ers are the standard for delivering an enhanced user experience. They also signed a distribution sponsorship with Yahoo!, which introduces a new stream of nonshared revenue: generating income on distribution rights for new types of content.

The Future of Selling at Stadiums

Every sporting event and concert has vendors selling posters of the team or musician. Rather than providing a generic poster, though, why not empower spectators to capture a real memory? Imagine this: a spectator takes a photo, uploads it with Wi-Fi, and sends it to the memorabilia shop for printing. The photo is ready as the spectator leaves, or is delivered to their home. The photo is paid for through the mobile phone.

Stadium owners and vendors can also offer time-limited deals, since they have a captive audience for the duration of the event. For example, they could offer a free drink to anyone who purchases a jumbo hot dog within the next ten minutes, or free premium parking for purchasing tickets via mobile device in the next hour.

The content distribution through this network of smartphones is also an exciting possibility; imagine if the team clipped a helmet cam on every football player, and wired up the coaches with mics. Attendees can then choose to view from a certain players’ perspective or to listen in on the coaches’ thoughts. This video content would be similar to NFL Hard Knocks or NHL 24/7, but in real-time. This type of unprecedented VIP access creates a much more compelling experience than a regular stadium would have. And if ratings are what guide production investments, it is not a stretch to assume that Hard Knocks and 24/7 have been huge hits with sports fans, considering HBO will be airing their 4th and 7th respective seasons in time for the NFL and NHL seasons.

This is a billion-dollar investment into enhancing the real-world spectating experience through mobile technology. It’s remarkable, it creates new streams of income, and it is the way of the future.

It’s only a matter of time until the other sports teams and stadium owners follow suit and leverage the power of mobile to further enhance non-shared revenue streams.

Connect with Alex on LinkedIn. 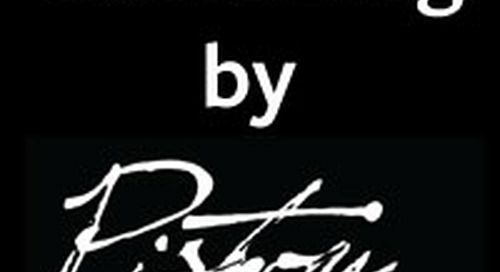 By now, most of you have noticed Piston’s growing involvement with Cloud Foundry, and our maturing partners...