Case Study: Refactoring A Monolith Into A Cloud-Native App (Part 4) 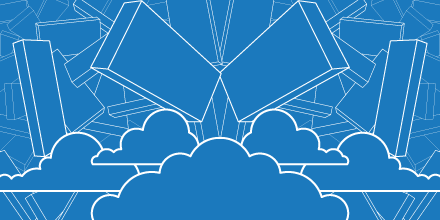 This is the fourth installment of a series of articles covering the migration of a legacy monolithic application into a federation of related microservices. In Parts 1 and 2 we got a legacy app running on Pivotal Cloud Foundry and added a new service. In Part 3, we introduced resilience via the use of Eureka and Hystrix.

In Part 4, we are going to use the lessons learned in the previous posts to migrate the remainder of the data module. Then, we will step back to see where this has taken us.

Continuing the story—in Part 2, we outlined a methodology for identifying and migrating embedded components into distributed microservices:

We were able to use this method to extract a quote service—can we repeat for the remainder of the entities in the data module?

Large, interwoven domain models can be difficult to untangle, but bounded context techniques can help. Luckily, our model is pretty simple, and breaks nicely into three chunks:

Quotes extraction was described earlier, so let’s look at our Accounts and Orders in a little more detail.

The new AccountService replaces Account and AccountProfile persistence with a single microservice. It is implemented as a simple spring-boot, JPA -backed, rest-enabled app. The corresponding clients for this service are here, and here on GitHub. Please note that this service is not (currently) secure. User information is transported in plain text for all to see in JSON payloads. Obviously, this is not yet “production ready.” We will deal with security in a future post—it’s too big a topic to delve into at this point.

OrderService encompases Order and Holding, and follows the same Boot/JPA/Rest approach used by the AccountService. Its clients are here, and here on GitHub. This microservice caries over the oddly modeled relationship between Holding and Order—perhaps this service is itself a candidate to refactor (pull requests welcomed).

After letting the dust settle, SpringTrader now looks as follows (and you can compare it to the “before view” in Part 3): 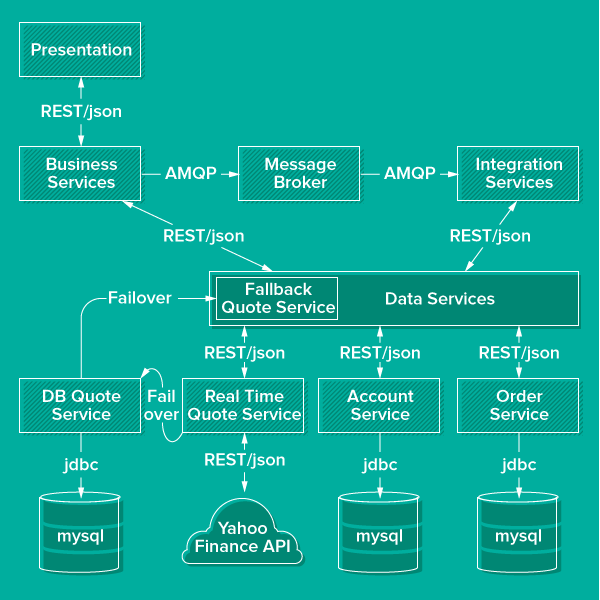 As with previous posts, please refer to the git README for detailed information on how to build and run each of the services and SpringTrader. The diff can be consulted to see what individual code changes were needed to extract Accounts and Orders.

Stepping back, let’s see effect on the app.

Data Module (spring-nanotrader-data) has been transformed from a full-blown transactional super-module into a stateless glue code library (except for the FallbackQuoteService needed for Quote failover). We’ve also been able to eliminate a raft of dependencies and configurations from this module.

Chaos Module (spring-nanotrader-chaos) was used by the app to simulate market changes—we’re able to pull our chaos from the financial markets now via the QuoteService. So, we can eliminate this code. Shout-out to Brian Dussault for the fun easter eggs.

Tools Module (tools) is mostly used as a wrapper to drive the Chaos module, and it can be removed as well. We can now use the cf command line to chaotically bring down services as described in Part 3.

How do we quantify these changes? One way (though admittedly flawed) is by looking at Lines of Code (LoC). Info was gathered via the Intellij Statistics plugin, which is able to filter out blank lines, comments, and other “non-source” from our Java source files. We’re also ignoring test code:

Thinking beyond Lines of Code, is there a way to categorize what these changes represent? In the following table we’ve grouped our changes by subjectively “eyeballing” the red and green lines on the git diff reports, and then bucketing classes based on an overall impression of what the changes accomplish.

There was a major code culling during Part 4. Some of this code could have been removed in Part 3, which would have made the “Obsolesced” numbers more even. It is interesting to note that the remedial changes seems to hold to about ⅓ of the total, and that test changes seem to consistently make up about ¼ of the total. We’ll keep tracking these numbers over future posts to see if this trend plays out.

Gradle tooling allows us to examine our dependencies. Java and Spring are notorious for their mega dependency stacks. We can look back and see what is happening with the runtime dependencies for the Data Module to see the affect of our changes via the use of the “gradle dependencies” task:

After an alarming increase in Part 3, the dependencies have dropped a bit in Part 4.

Emboldened by this, we re-tested the SpringTrader app, and it now runs under JDK 8. There are still issues with ASM that keep us at 1.7 bytecode level—we will need to address these in the future.

This leaves our current technical debt as:

Let’s see if we can tackle these in our next post. 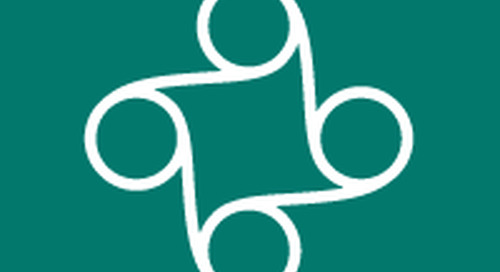 Recently, Pivotal’s Michael Cucchi participated in an interview with two of the hosts of theCUBE, SiliconAN... 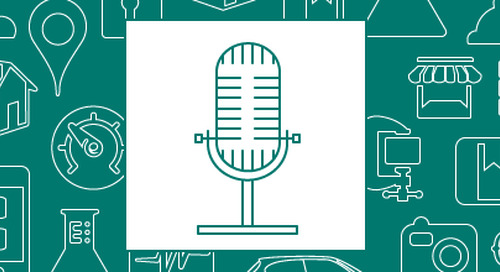 Our customers are always tasked with one of the most difficult jobs in a company: being a change agent. In ...