Refactoring to a System of Systems - Oliver Gierke

Microservices, Serverless Day: Thursday Time: 11:50 Room: 2008 Teams that have built monoliths for years are used to certain patterns of interaction between different parts of the code base. Simply replicating those patterns when splitting up a system into a distributed one usually introduces a lot of complexity and drawbacks that often totally subvert the desired effects of a split up of the system in the first place. The talk takes a look at a concrete sample of monolithic module interactions and identifies the problems that arise if that approach is transferred as-is into a distributed system. We then discuss an alternative variant of the monolithic implementation and how that approach improves the system's modularity for the monolith and how it minimizes the cost and problems when splitting up the monolith or even starting with a system of systems in the first place. Oliver Gierke, Spring Data Project Lead, Pivotal Filmed at SpringOne Platform 2017 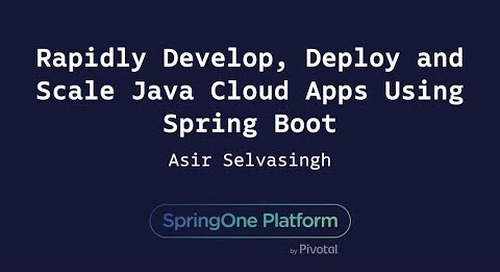 Containers, microservices, serverless and Kubernetes are hot and suitable for problems to solve in cloud. Y... 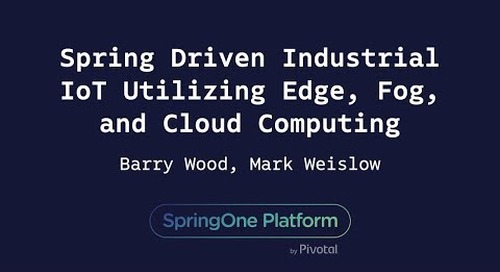 During this presentation, you will see a demonstration, including live manufacturing equipment, for an end ... 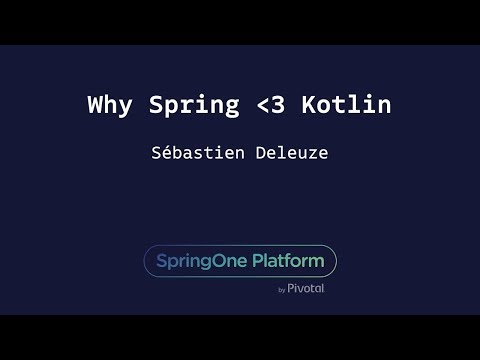 In this new talk, I will explain why Spring loves Kotlin and how you can leverage Spring official support for Kotlin (in Framework, Boot, Data) to build your next Spring project more efficiently and w 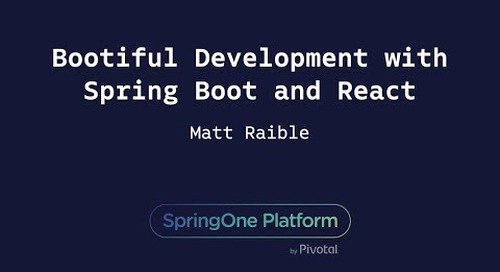 To simplify development and deployment, you want everything in the same artifact, so you put your React app “inside” your Spring Boot app, right? But what if you could create your React app as a stand 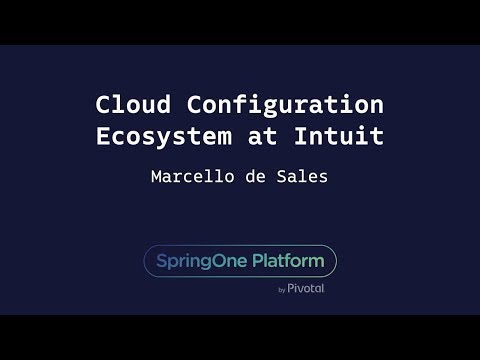 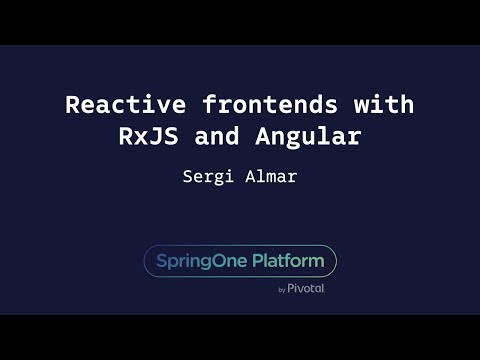 Reactive programming has changed the way we develop modern applications. If you are a Java backend developer you might be already familiar with this paradigm and the new Spring 5 support. But what abo 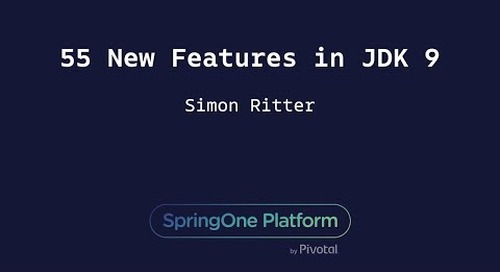 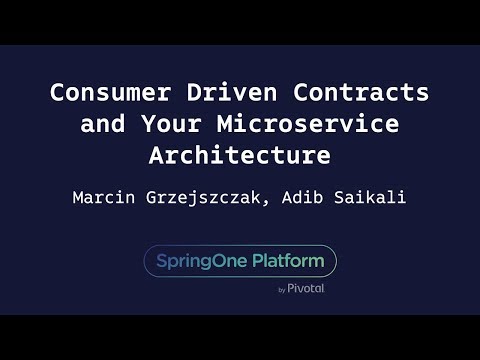 Consumer driven contracts (CDC) are like TDD applied to the API. It’s especially important in the world of microservices. Since it’s driven by consumers, it’s much more user friendly. Of course micros 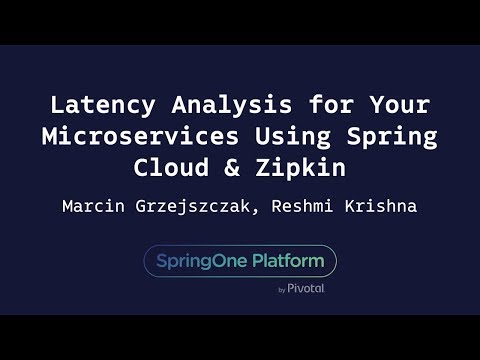 Microservices are becoming increasingly popular. When a request spreads across several services, it quickly becomes challenging to analyse latency especially in real time. In this talk we will present 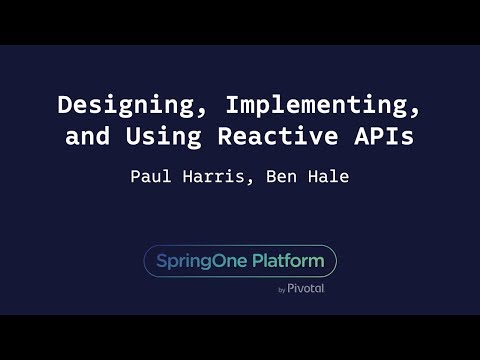 The Java community is on the cusp of a major change in programming model. As the industry moves towards high-performance micro-service architectures, the need for a reactive programming model becomes 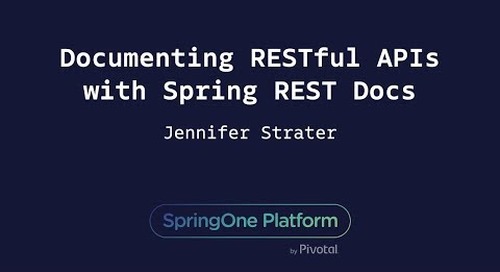 RESTful APIs are eating the world, yet all too often the documentation can cause indigestion for the APIs' developers and their users. Developers have to deal with annotation overload, repetition, and 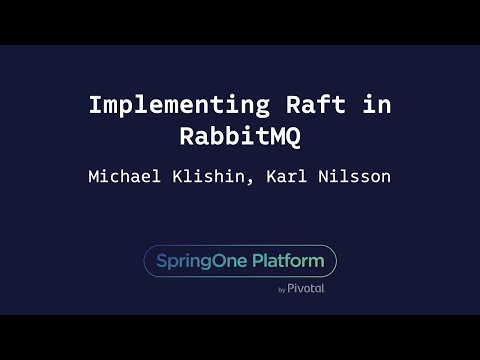 Team RabbitMQ has been working on adopting Raft, a distributed consensus protocol, in several components of the system. In this talk we will explain the pros and cons of the migration, how it can affe 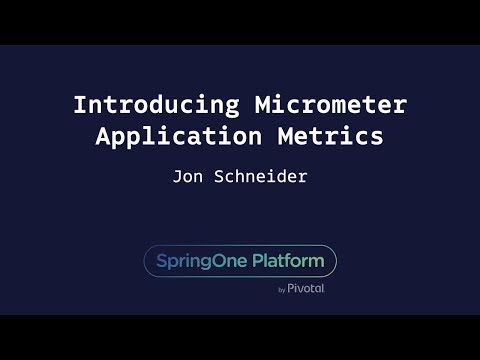 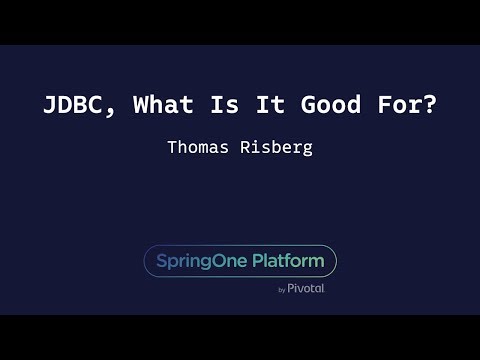 Is JDBC still a relevant API that a Java developer should bother learning? We'll review what has been happening in the world of JDBC lately and how it fits with the latest trends like Reactive, Non-Bl 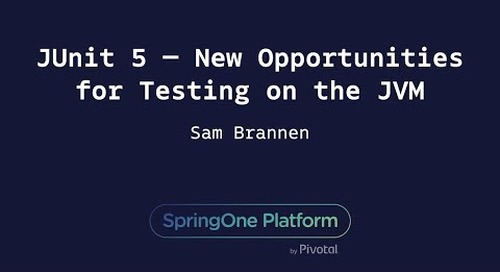 Take a Deep Dive into JUnit 5 with core committer Sam Brannen! Over the last decade a lot has happened in the world of Java and testing, but JUnit 4 hasn't kept up. Now JUnit 5 is here to help shape 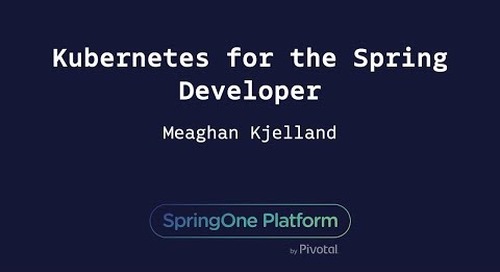 This talk is aimed at people who are curious about using Kubernetes and want an overview of how it works. Kubernetes is an open source container orchestration system, developed by Google. It deploys, 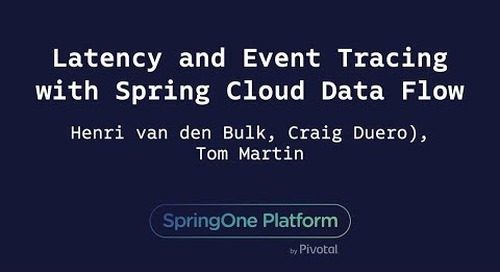 Spring Cloud Data Flow (SCDF) provides event streaming capabilities on a modern platform. A common challenge with event streaming systems is the ability to ascertain what happened with an event as it 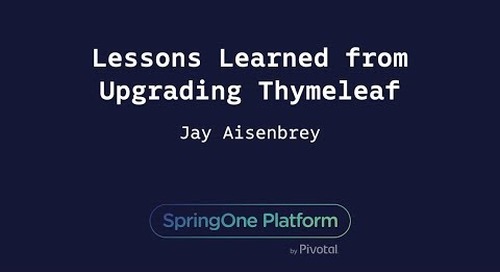 Thymeleaf 3 has introduced new features such as the ability to decouple templating logic from the HTML, better performance, not being XML-based, and the addition of template fragments as a first class 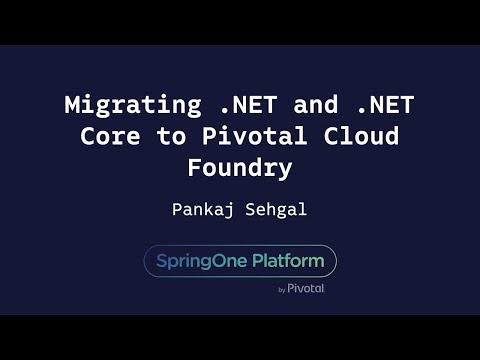 You have the goal to migrate your project from AngularJS 1.x to Angular 4. This should be straightforward, except you are realizing that your 3 year old technology stack is totally outdated (Grunt, Re 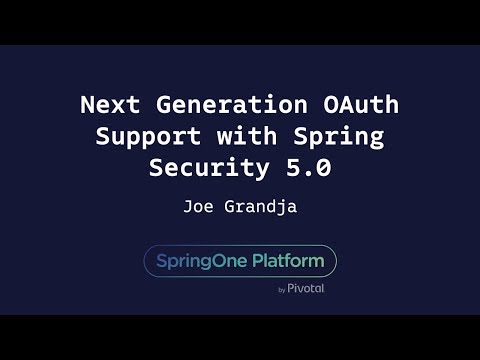 Spring Security 5.0 introduces new support for the OAuth 2.0 Authorization Framework and OpenID Connect 1.0. This talk will provide a detailed overview of the new OAuth 2.0 Login feature, which provi 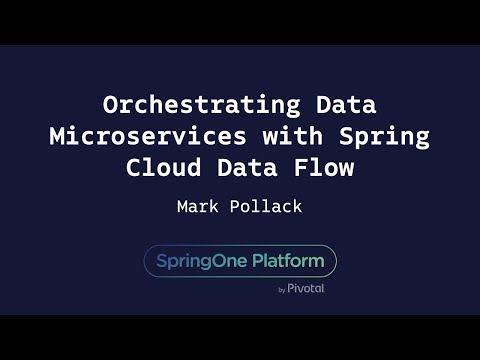 In this session you will learn how you can create data integration and real-time data processing pipelines using Spring Cloud Data Flow and deploy them to multiple platforms – Cloud Foundry, Kubernete 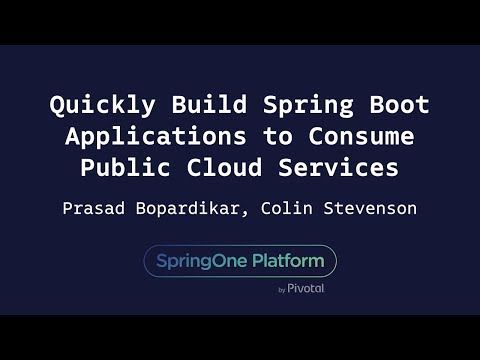 We all know Cloud Foundry is a great platform for cloud-native applications. However, what happens when you’re building an app that leverages services from public cloud providers such as Microsoft, Go