This blog post describes how we built a high-performing NAS server using off-the-shelf components and open source software (FreeNAS). The NAS has the following characteristics: 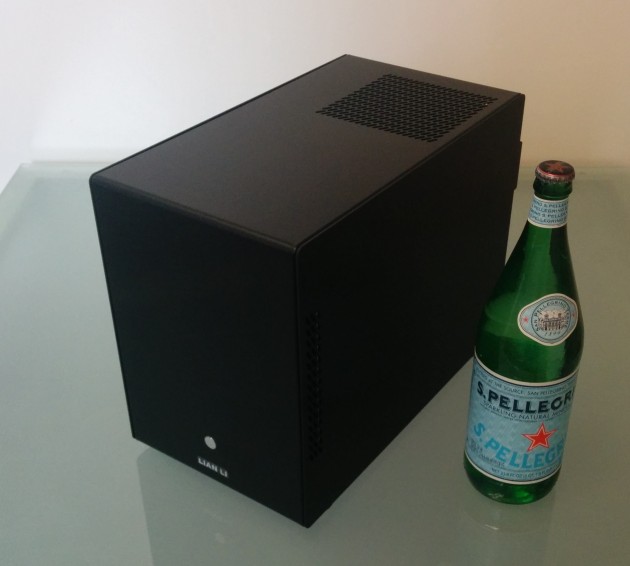 [Author’s note & disclosure: This FreeNAS server is a personal project, intended for my home lab. At work we use an EMC VNX5400, with which we are quite pleased—in fact we are planning to triple its storage. I am employed by Pivotal Labs, which is partly-owned by EMC, a storage manufacturer]

Prices do not include tax and shipping. Prices were current as of September, 2014. 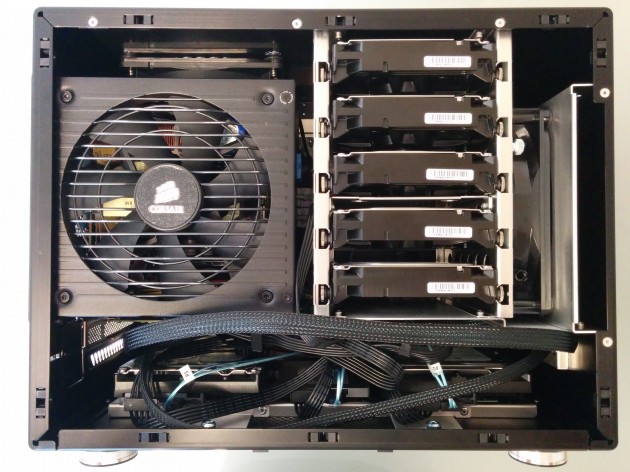 The inside view of the NAS. Note the interesting 3.5″ drive layout: 5 of them are in a column, and the remaining 2 (along with the SSD) are installed near the LSI controller 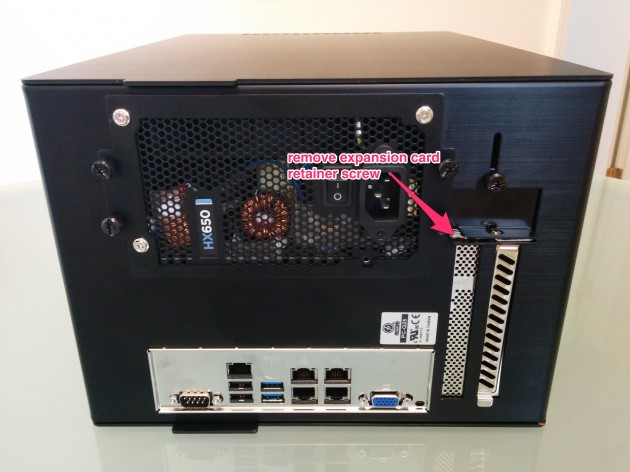 For easier installation of the power supply, we recommend removing the retaining screw of the controller card (it’s not needed). Note that in the photo the screw has already been removed.

The assembly is straightforward.

There are two caveats to the initial power on:

We download the USB image from here. We follow the OS X instructions from the manual; Windows, Linux, and FreeBSD users should consult the manual for their respective operating system.

If you have previously-formatted your USB drive with GPT (not MBR) partitioning, you will need to wipe the second GPT table as described here. These are the commands we used. Your commands will be similar, but the sector numbers will be different. Be cautious.

Per the FreeNAS user manual:

We do the following:

We see the following screen: 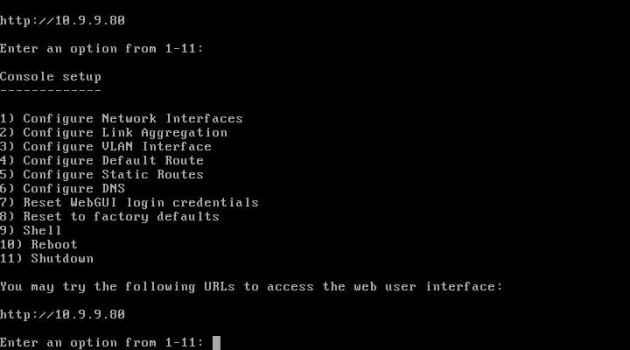 The FreeNAS console. Many basic administration tasks can be performed here, mostly related to configuring the network. As our DHCP server has supplied network connectivity to the FreeNAS, we are able to configure it via the richer web interface

We log into our NAS box via our browser: http://nas.nono.com (we have previously created a DNS entry (nas.nono.com), assigned an IP address (10.9.9.80), determined the NAS’s ethernet MAC address, and entered that information into our DHCP server’s configuration). 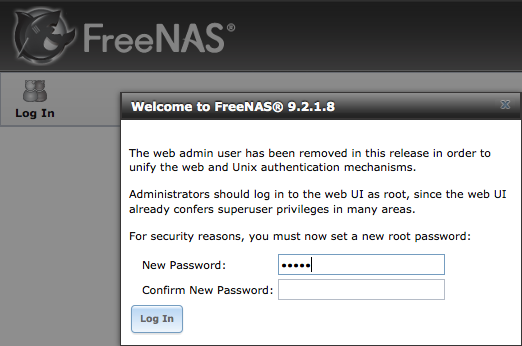 Before anything else, we must first set our root password

We are redirected to an HTTPS connection with a self-signed cert. We click through the warnings.

We enable ssh in order to allow us to install the disk benchmarking package (bonnie++). We enable AFP, for that will be our primary filesharing protocol. We also enable iSCSI for our ESXi host. We enable CIFS for good measure (we don’t have Windows clients, but we may in the future).

We create user ‘cunnie’ for sharing:

We use bonnie++ to benchmark our machine for the following reasons:

We use a file size of 80GiB to eliminate the RAM cache (ARC) skewing the numbers—we are measuring disk performance, not RAM performance.

9.1 IOPS could be improved

We never put the SSD to use. We plan to use the SSD as both a L2ARC (ZFS read cache) and a ZIL SLOG (a ZFS write cache for synchronous writes).

We can partly address that by using LACP (aggregating the throughput of the 4 available ethernet interfaces).

The fans in the case were noiser than expected, Not clicking or tapping, but a discernible hum.

The system runs cool. With a room temperature of 23.3°C (74° Fahrenheit), these are the readings we recorded after the machine being powered on for 12 hours:

No component is warmer than body temperature. We are especially impressed with the low CPU temperature, doubly so that it’s passively cooled.

It would be nice if the system had a hot-swap feature. It doesn’t. In the event we need to replace a drive, we’ll be powering the system down.

FreeNAS does the right thing: it creates 4kB-aligned pools by default (instead of a 512B-aligned pools). This should be more efficient, though results vary. See Calomel.org’s section, Performance of 512b versus 4K aligned pools for an in-depth discussion and benchmarks.

In our follow-on post, we tune our ZFS fileserver for optimal iSCSI performance.

1 These numbers are not terribly exact. To overcome being artificially limited by the CPU, we were forced to run 8 benchmarks in parallel. This had two serious shortcomings:

For those interested in the raw benchmark data, they can be seen here.

2 We feel that double-parity RAID is a safer approach than single-parity (e.g. RAID 5). Adam Leventhal, in his article for the ACM, describes the challenges that large capacity disks pose to a RAID 5 solution. A NetApp paper states, “… in the event of a drive failure, utilizing a
SATA RAID 5 group (using 2TB disk drives) can mean
a 33.28% chance of data loss per year” (italics ours).

3 We aren’t concerned about a non-optimal configuration (i.e. the number of disks (less parity) should optimally be a power of 2)—we have reservations about the statement, “the number of disks should be a power of 2 for best performance”. A serverfault post states, “As a general rule, the performance boost of adding an additional spinddle [sic] will exceed the performance cost of having a sub-optimal drive count”. Also, we are enabling compression on the ZFS volume, which means that the stripe size will be variable rather than a power of 2 (we are guessing; we may be wrong), which de-couples the stripe size from the disks’ block size.

Calomel.org has one of the most comprehensive set of ZFS benchmarks and good advice for maximizing the performance of ZFS, some of it not obvious (e.g. the importance of a good controller) 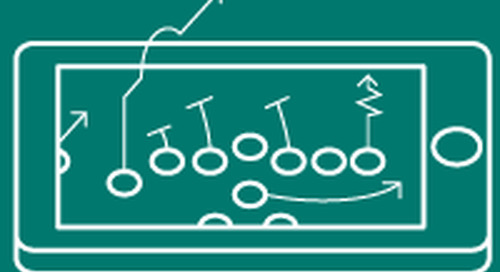 With Apple Pay entering the market, players in the mobile payment space must advance their competitive posi... 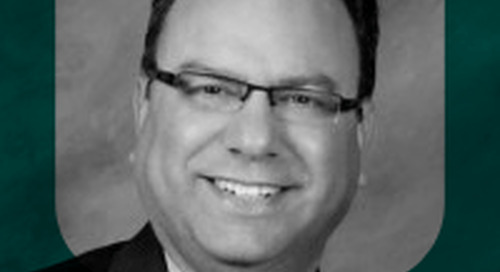