With daily VMware Aria Operations for Applications use, the Yammer team developed critical alerts for all of their microservices

The transition from monolith to microservices can hardly be addressed with open source monitoring tools which the DEA team used previously. They did not want to maintain and scale open source monitoring platforms requiring significant engineering investment. Yammer DEA team adopted VMware Aria Operations for Applications and it scaled to meet the demand of a rapidly growing service and did not pose a limitation for Yammer’s expansion. Since VMware Aria Operations for Applications is a cloud service, it natively works with multiple data centers in different geographies. 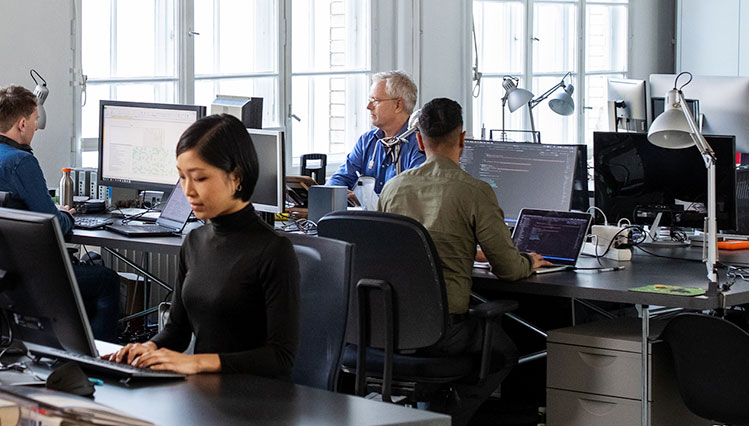 The reliability of [VMware Aria Operations for Applications] is pretty impressive. We use a lot of hosted services, and obviously, Yammer itself is a hosted service, and I can appreciate, over the last 16 years in tech, how hard it is to keep the nines up in an SLA.”
Ben Freeman, Data Engineering and Analytics, Microsoft Yammer

In addition, Yammer engineering teams started relying on VMware Aria Operations for Applications analytics-driven alerts to be able to hit their SLAs. They adopted a modern approach to alerting, mandating that internal customers avoid alerting on logs. “Metrics for everything,” they say. Metrics are quick, and Yammer gets better history out of the analytics, with fewer false positives. Compared to logs, metrics are ingested about 5–10 times faster and are also more reliable. Logs can often be delayed up to five minutes, which can have a detrimental impact on their SLAs. Any delay in outage detection increases the time to fix the issue, which could result in an SLA breach.

Today, Yammer’s team uses VMware Aria Operations for Applications data to report SLAs and KPIs such as latency P99s to business stakeholders, helping them understand the health of their service around the clock.

Currently, VMware Aria Operations for Applications across Yammer development teams is mandatory—and that goes for 100 percent of the engineers

VMware Aria Operations for Applications is also used to monitor the release pipelines. When a developer deploys code, pushes up a pull request (PR), and the coworker gives it a thumbs up, the code goes into the release pipeline and CI kicks off as well as CI metrics. They observe that pipeline data for particular metrics, and if those exceed some parameters, the PR gets pushed back to the developer that issued it. This process significantly improves code quality by relying on VMware Aria Operations for Applications data, which prevents bugs from going into production.

A best practice that the Yammer team has adopted with daily VMware Aria Operations for Applications use is to have alerts for all critical microservices. If a new problem does arise later, engineers should add appropriate metrics and alerts