Containers are popular with both developers and operators because they offer a straightforward way to deploy and manage applications, regardless of the target environment. They facilitate DevOps (and DevSecOps) practices by improving handoffs between development and operations teams.


What is a container?

A container encapsulates an application in a form that’s portable and easy to deploy. Containers can run without changes on any compatible system—in any private cloud or public cloud—and they consume resources efficiently, enabling high density and resource utilization. Although containers can be used with almost any application, they’re frequently associated with microservices, in which multiple containers run separate application components or services. The containers that make up microservices are typically coordinated and managed using a container orchestration platform, such as Kubernetes.

At the simplest level, the difference between a virtual machine (VM) and a container is that every VM runs a full or partial instance of an operating system, whereas multiple containers share a single operating system instance. A container is a lightweight, standalone, executable package that—in conjunction with the host system—includes everything necessary to run an application such as code, runtime, system tools, system libraries, and settings, enabling multiple containerized applications to run independently on a single host system. Since multiple containers can run inside a VM, you can combine the benefits of both.

Multiple containers can run in lightweight VMs to increase security and isolation. The VM creates an infrastructure-level boundary that container traffic cannot cross, reducing exposure if a service is compromised.

Standards for container formatting and runtime environments are controlled by the Open Container Initiative (OCI), a lightweight, open governance structure (project) formed in 2015 for the express purpose of creating open industry standards. The OCI currently offers two specifications: the Runtime Specification (runtime-spec) and the Image Specification (image-spec). The Runtime Specification outlines how to run a filesystem bundle that’s unpacked on disk. An OCI implementation downloads an OCI Image, unpacks that image into an OCI Runtime filesystem bundle, and executes it via an OCI Runtime.

What’s the relationship between containers and Docker?

Docker has been almost synonymous with containers from the beginning, and it continues to be used by developers to build container images. The Docker environment includes a container runtime as well as container build and image management.

However, it’s important to be aware that on December 2, 2020, the contributors to Kubernetes announced the deprecation of the Docker runtime. Kubernetes is shifting to the Container Runtime Interface (CRI), which supports a broader set of container runtimes with smooth interoperability between different runtimes.

Because Docker builds an OCI-standard container image, those images will run on any OCI-compliant container runtime. Therefore, developers can continue to use Docker to build, share, and run containers on Kubernetes.

The monolithic architectures that define many of today’s existing applications can slow your business down. Modern applications built with containers promise to accelerate the delivery of new functionality and create an environment of continuous innovation. These benefits are catching the attention of many organizations.


Containers offer your organization many advantages:

What to keep in mind if you’re considering containers

Containers are just one of many important features of cloud native development. If you’re moving to containers, there are multiple elements to bear in mind:

To get started with containers, you need to know about both containers and container orchestration.

You can access Kubernetes in a number of ways: as open source, as a service in most public clouds, or via prepackaged Kubernetes distributions. There is an ecosystem of projects and products that supplements and extends the abilities of containers and Kubernetes.

See KubeAcademy to learn more about Kubernetes and container orchestration. Also, see Kubernetes vs. Docker to learn how the two technologies relate to one another.

The process of building containers can be automated

If containerizing an application or microservice requires too much manual effort, it can slow down agile development teams. When container creation is automated, developers can focus on their source code and don’t have to be packaging experts or verify the provenance of every image building block.

Functionally, container images are built in layers. With an automated, declarative approach to container builds, whenever one of the layers changes, only that individual layer must be updated. Then that new container image can be redeployed. For example, if only system libraries need to be updated, you only have to rebuild the layer that contains the libraries. This reduces the burden on testing and validation practices, as the application code and any other code layers remain unchanged. This allows for more secure containers to be pushed into production faster and more frequently.

Every package within an image should be given a digital fingerprint (hash) to prove that it has not changed since the time it left its source. When metadata is available about which libraries and binaries are in the stack, container updating is simplified. Teams can more easily understand the exposure to vulnerabilities by granularly understanding package versions running in production and make targeted plans to mitigate.

Cloud Native Buildpacks are an example of open source technology that centrally automates and manages building and updating container images from source code. Buildpacks help to automate the process of creating OCI-compliant containers. VMware Tanzu Build Service takes Buildpacks to another level by adding a declarative image configuration model that creates and continuously updates OCI-compliant containers based on a desired state. And by giving operators a centralized control plane for managing updates, it removes the need to track dependencies individually for thousands of containers with varying patch levels.

As organizations adopt new ways of deploying containerized applications, they need to take a DevSecOps approach, changing the way they implement and manage security policies. Like testing, integration, and deployment, security needs to be built in at the ground level of application development and automated as much as possible.

Baking security into an application early in the container lifecycle is the so-called “shift left” of an organization’s security model. Security teams, working with development and operations teams, can adapt existing governance and compliance policies to accommodate the new container and application lifecycle and new tools. Development and delivery teams are then responsible for the implementation of those practices, performing the day-to-day decision making around the security of applications and providing evidence demonstrating that they are meeting the organization’s policies.

Some best practices for container security include:

The result is that security is no longer an “add-on” to a deployed application—or a hurdle for a development team to overcome after the fact. Secure practices simply become “the way things are done.”

What is a container platform?

Containerization and container orchestration are part of a larger set of capabilities needed for an enterprise software platform. Containers by themselves lack the necessary capabilities for security, high availability, application lifecycle management, and more. For any organization seeking scale, security, and deployment consistency, an enterprise platform is required to efficiently run containerized applications.

VMware Tanzu is designed for containers and modern apps 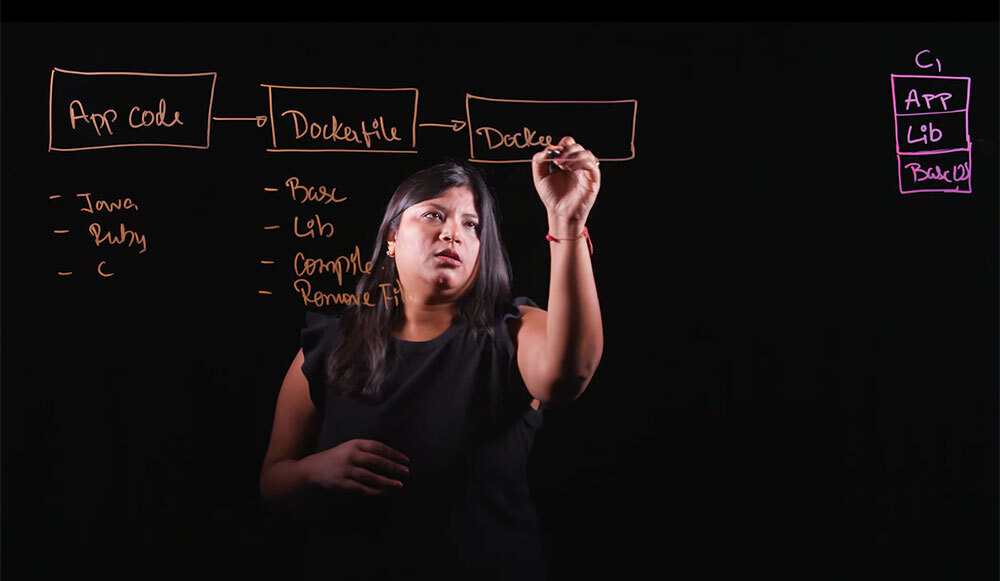 VMware Tanzu Application Platform is a full-stack platform that makes it possible to operationalize containers and DevSecOps practices.