Collaboration When Releasing a Thin Slice to Production

If you’ve been following this series and are reading this right now, congratulations, you have made it to the final lesson in the series! Now we will look at the collaboration within a balanced team when releasing a thin slice to production.

By the time a complete thin slice is released to production, each of the individual services should have all been validated as to whether or not they perform the functions needed and that the functions meet the needs of the user. Some of the services and the connections between them should have already been released into production or a production-like environment to validate their functionality.

Releasing a thin slice to production should therefore only be a validation of the entire system on whether or not all the new architecture will achieve the desired outcomes. The individual components within the thin slice should have been tested and validated previously.

As new services are pushed into production, architects are concerned with the performance of the system and whether or not the new architecture is behaving as expected according to the design.

While an architect’s role is not primarily a testing role, they can step in and help check out whether or not the system is working as expected. This could include validating questions such as:

💁 Tip: In order to answer some of these questions, it is important to have set SLOs and SLIs during earlier stages so that you have clear targets to measure against. A dashboard for the system SLO and SLI will make it easier to measure and determine how well the system is performing according to the design.

During this stage, aside from pushing the code to production, the developers should be double checking that all the tests are passing and are monitoring the performance of the new services in production.

Prior to releasing the software, the unit tests and automated tests should have all passed. The initial performance test should also have been completed in lower environments (development, testing and integration) to make sure that the code is performing to expectations. Developers should make sure that these tests have passed and check with the product manager that there are no concerns before deploying code to production. 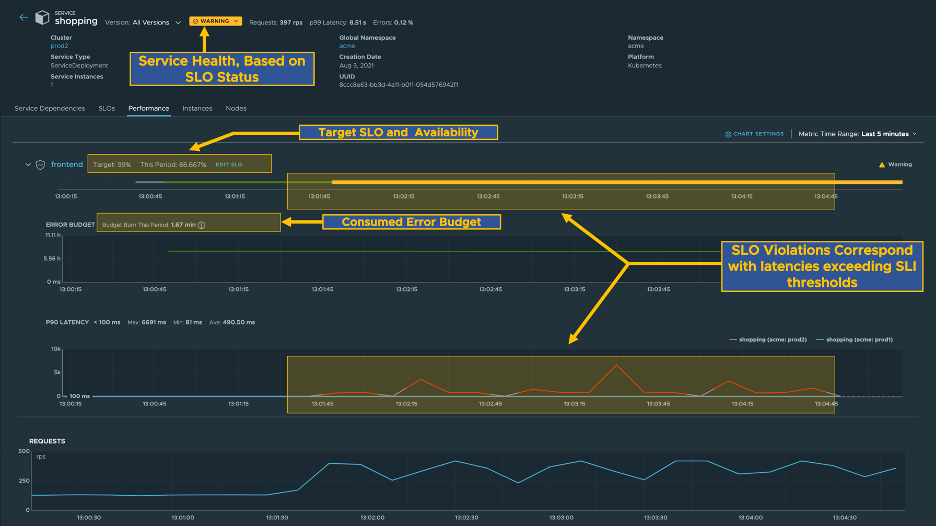 Once code is deployed into production, developers should monitor the performance of the system to see whether or not the new code has adversely affected production. Developers should also run through sanity checks or smoke tests to make sure that the code is working as expected and behaves the same as when it was in a lower environment.

When the thin slice is released to production, the team will finally see whether or not all the new services and the new architecture achieve the desired outcomes. Using the success metrics established when this thin slice is identified, a product manager should be monitoring the application as well as feedback from users on whether or not the new system actually solves the problem.

User feedback can be collected in various forms, including:

💁 Tip: It is vital to have fast feedback loops throughout the product development lifecycle. By the time the team releases a thin slice, getting feedback on the entire system should not feel like establishing a new process. That is: be sure to prioritize, include, and, if necessary, build feedback systems into the software.

Measuring the success metrics of the thin slice should lead a product manager to one of the following conclusions:

Using these metrics and analysis of “usefulness,” a product manager can discuss next steps with the team. This ranges from continuing on the same modernization path with the next slice of functionality, taking a quick break to enhance the current slice and retest before moving on to the next slice, or pivoting from the current plan and revisiting the problem statement to create a more accurate description of the problem to be solved.

Oftentimes, we view modernization efforts as a project in which we are just replicating the existing system with the existing functionalities and logic in a new environment with updated technology stacks. This can be the extent of your modernization, but it also means that the modernized systems will inherit a lot of the same issues, constraints, and bugs that existed within the legacy system.

Rather than focusing on getting features and components released to production in the fastest time frame possible, we propose that by understanding your business events and needs first, you’ll create a modernized system that will more closely resemble those events and needs. In order to deliver the right product and with the right functionality, it’s important that a balanced team is involved through the entire modernization process. Employing the Swift Method bridges the gap between separating the technical spaghetti code that’s melted together over a long time with the business need to deliver value to the customer in short, iterative cycles.

Collaboration When Developing a Thin Slice of Functionality

Collaboration When Developing a Thin Slice of Functionality