First Line of Defense: Patching Vulnerable Java Application Dependencies in CF - Aner Mazur, Snyk What happens when a critical Java security vulnerability is detected in an application dependency, and upgrading is hard? How could you respond quickly without disrupting your development process and immediately shifting substantial resources to test a major upgrade? This talk will analyze high-impact Java vulnerabilities, such as the Apache Struts vulnerability that was exploited in the May 2017 Equifax data breach. We'll show how to exploit them as an attacker would, discuss the various ways such a Java vulnerability could be addressed in the CF environment, as well as present an automated patch first, upgrade later approach. About Aner Mazur Aner is the VP of Product Management at Snyk. He is responsible for setting the product strategy and delivering open source security solutions for developers. Prior to joining Snyk Aner was head of product management at Outbrain, and prior to that Aner came from an algorithmic R&D management background at VMware and B-hive Networks, which makes him very excited about the opportunities ahead for bringing security to cloud application platforms. 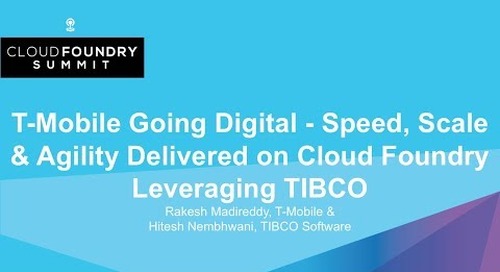 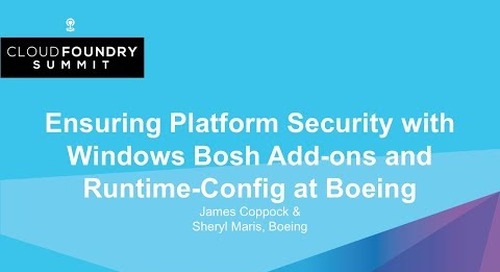 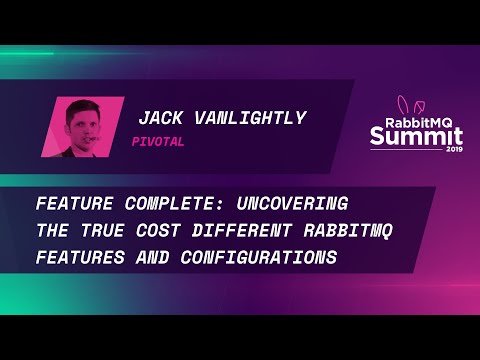 They call RabbitMQ the swiss army knife of messaging systems, but what impact do all those features have on performance? In this talk we'll review common features and their effect on end-to-end laten 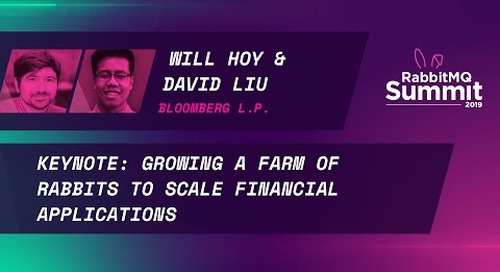 45:50
Keynote: Growing a Farm of Rabbits to Scale Financial Applications

Today, Bloomberg's many engineering teams around the globe have the luxury of access to a fully-managed RabbitMQ platform. This enables them to achieve scalability, flexibility, and maintainability, 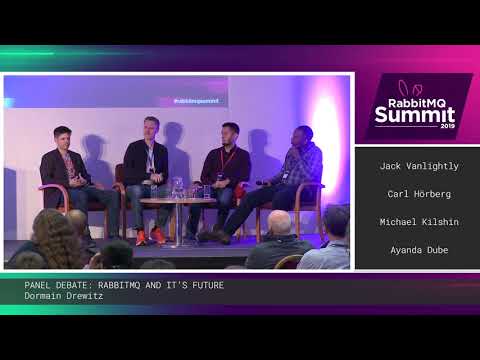 It's time to talk about the current state and future for the most widely deployed open source message broker in the world. Selected guests takes part in a panel debate, including questions from the au 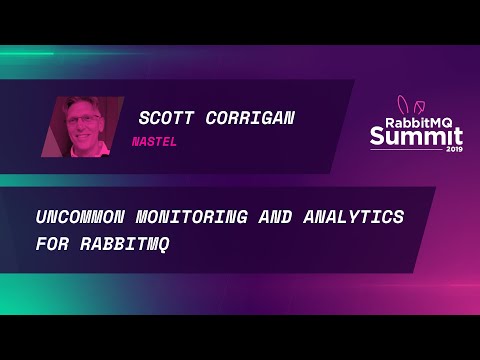 In order to detect anomalies and prevent runtime issues that can compromise the delivery of business services that depend on RabbitMQ, effective monitoring, alerting and analytics tools can make a big 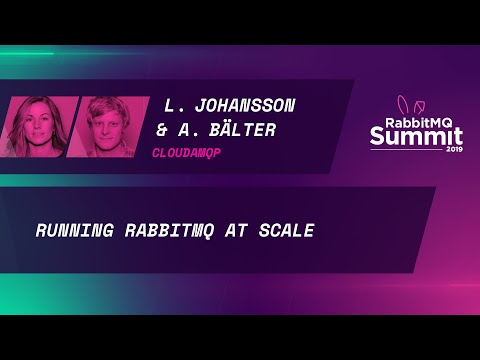 CloudAMQP provides RabbitMQ clusters as a service, but what happens behind the scenes? CloudAMQP is powered by a number of RabbitMQ servers that provide various functionality in setting up, configuri 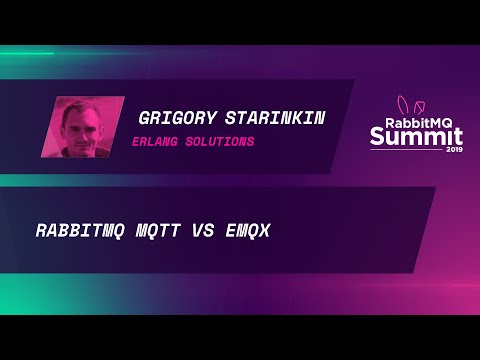 RabbitMQ is a multi-protocol messaging broker, which, on a vanilla installation supports AMQP-0.9-1 (and AMQP-0.8). Through its plugin architecture, RabbitMQ may also be configured to act as a messagi 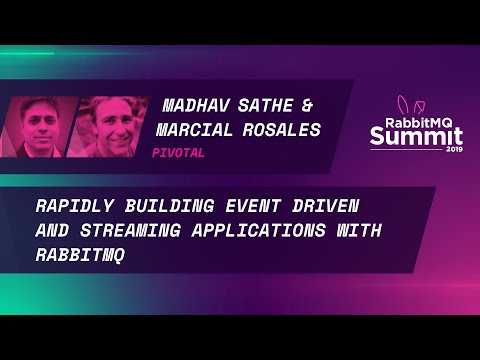 In this session we explore a variety of modern event processing and streaming solutions built on top of RabbitMQ. We will demonstrate how Spring Cloud Streams and RabbitMQ provide abstractions for dev 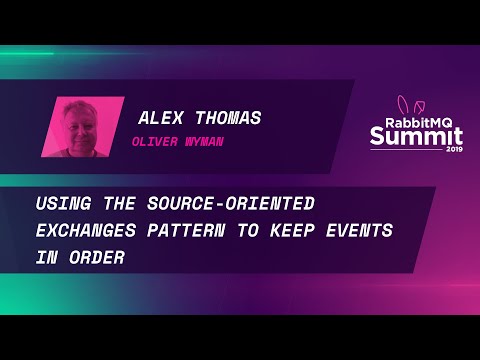 Almost every introduction to publish-subscribe technology embraces a model where different message types appear on correspondingly distinct topics. Unfortunately this introduces a rather fundamental f 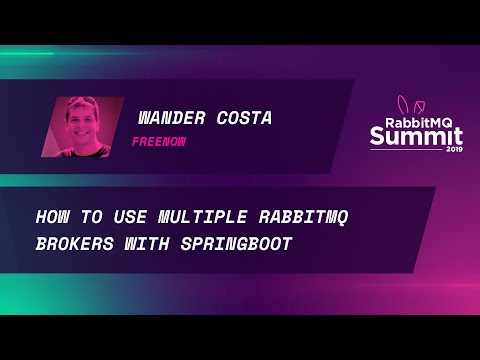 21:40
How to use multiple RabbitMQ brokers with SpringBoot - Wander Costa 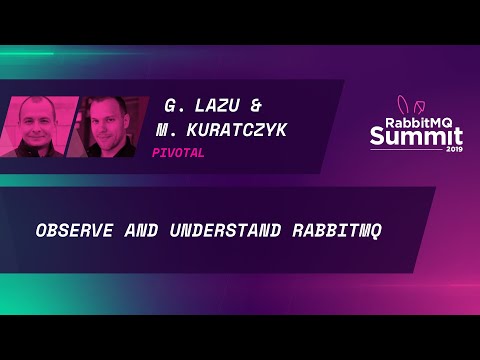 RabbitMQ exposes metrics and healthchecks that answer all questions. Future RabbitMQ versions will make it easy to visualise and understand what happens under the hood. Join me to learn about the futu 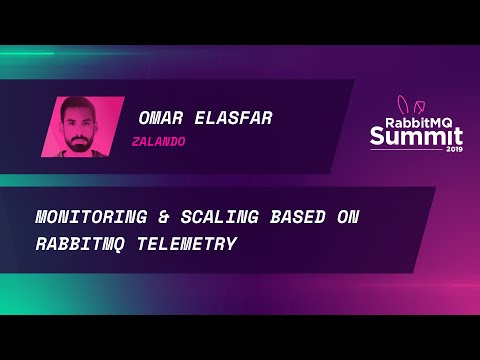 Zalando's Communication platform products are powered by a RabbitMQ cluster as the broker for all service to service communication. A mixed set of work loads between transactional & commercial communi 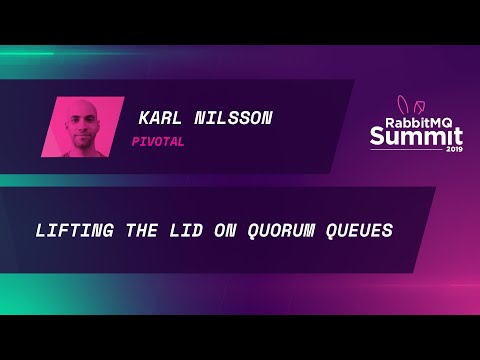 Quorum Queues are a promising new RabbitMQ feature but how do they work under the hood? What were the design decisions and trade-offs that had to be made and what even is Raft? In this session I aim 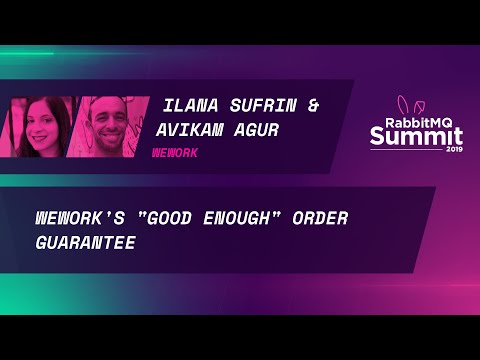 Through a good understanding of their data needs and a willingness to compromise, Ilana and Avikam figured out how to rearchitect their app's RabbitMQ pipeline in order to save their company developer 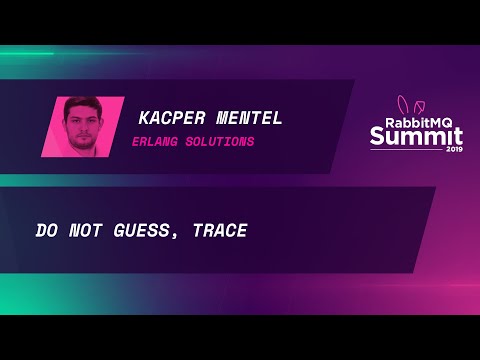 RabbitMQ runs on a battle-tested Erlang VM which provides many exceptional features for Distributed, Fault-Tolerant, Highly Available and Robust systems out of the box. But this doesn't always prevent 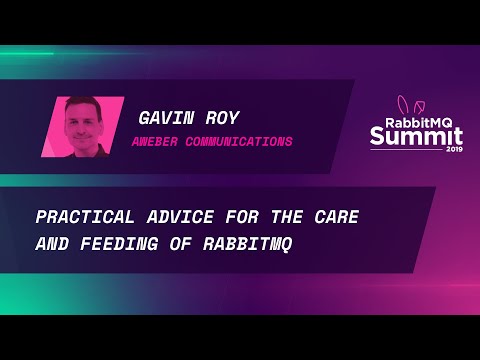 45:14
Practical advice for the care and feeding of RabbitMQ - Gavin Roy

After 10 years of heavy use of RabbitMQ in production, common problems, patterns, and solutions have emerged. In this talk we will cover architecture, configuration and operational management, monitor 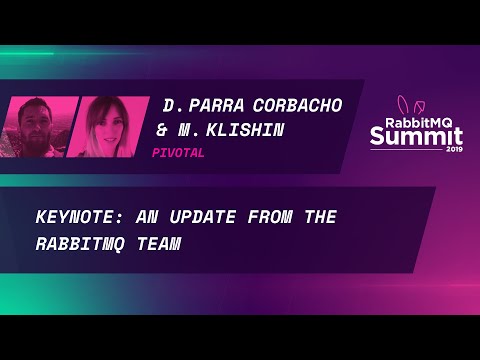 A lot has happened since the last RabbitMQ Summit. Hear from the RabbitMQ core engineering team about what near term updates to 3.8 will include as well as longer-term vision for making RabbitMQ more 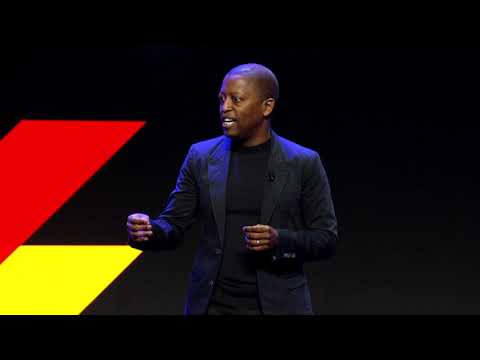 32:46
The Art of the Possible Transformation at Comcast - Ranga Muvavarirwa and Jessica Sant

DOES19 Las Vegas — How does a large 50-year-old company go from purchasing much of its technology and working with yearlong release cycles to building multiple products in-house and releasing daily? W 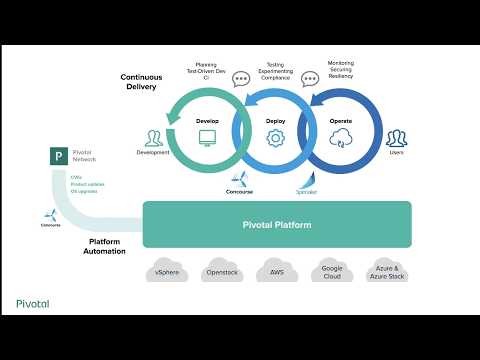 4:28
A Pivotal Introduction to Concourse CI

This video is a brief introduction to Concourse CI, an open source continuous integration tool available from Pivotal. This video covers the Concourse use cases for CI/CD as well as Platform Automati 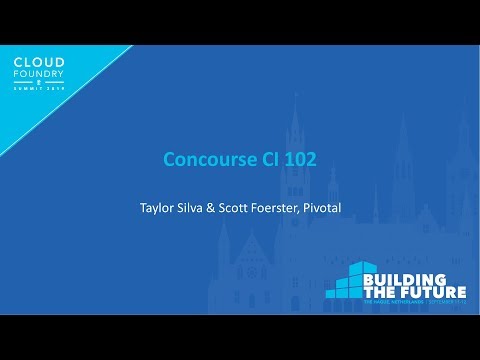 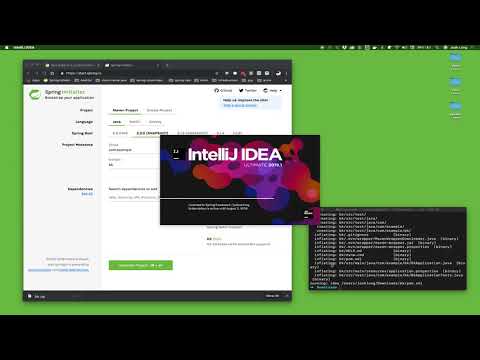