BOSH is a VM orchestrator; a BOSH Director creates, configures, monitors, and deletes VMs. The BOSH Director interoperates with a number of IaaSes (Infrastructure as a Service), one of which is VMware vSphere, a virtualization platform. BOSH traditionally operates exclusively within the IPv4 networking space (i.e. the BOSH Director has an IPv4 address (e.g. 10.0.0.6), and the VMs which it deploys also have IPv4 addresses); however, recent changes have enabled IPv6 networking within the BOSH Framework.

In this blog post we show how we deployed a BOSH Director with an IPv4 address (no IPv6), and, in turn, used the BOSH Director to deploy a VM with both IPv4 and IPv6 addresses and which runs an nginx web server. Future blog posts will describe installing a BOSH Director in a pure IPv6 network.

We expect this blog post to be of interest to those who plan to deploy BOSH in IPv6-enabled environments on vSphere.

BOSH with IPv6 is in beta! We urge caution when deploying BOSH with IPv6 – limiting your deployments to test environments is a good idea. We welcome feedback.

Use at least the following versions:

In this example, we deploy a multihomed VM [why not dual-stack?] running an nginx web server.

We use bosh-deployment to deploy our BOSH director. You can use your existing Director. If you need to deploy one, follow the instructions on bosh.io.

We set our BOSH Director’s alias to “ipv4” and log in:

Assuming that you already have a Cloud Config with an IPv4 network, let’s add an additional Cloud Config that defines the IPv6 network.

The IPv6 Cloud Config is shown below, and can also be seen on GitHub.

4. Upload the Stemcell and the nginx Release

We create a manifest for our deployment; it can be viewed on Github.

We assign our instance group to have two networks within our manifest as follows:

Note that we assign our default gateway to the IPv6 interface. This has the implication that our IPv4 interface can only communicate on its local subnet (i.e. 10.0.9.0/24), which means that it must be deployed on the same subnet as the BOSH Director (otherwise the VM would be unable to communicate with the Director, hence would be unable to receive its configuration). [Routing]

We check to make sure our nginx VM is running and that it has configured its IP addresses properly:

We have seen how, using a standard BOSH director with a standard stemcell, we were able to deploy an IPv6-enabled VM running a service (nginx) that was reachable from the internet.

Don’t use large reserved IP ranges (> 1k IP addresses); they will cause bosh deploy to hang.

Tech notes: the underlying system call (kernel interface) to create a socket, socket(2), requires the specification of the address family, which can either be IPv4 (AF_INET) or IPv6 (AF_INET6), which means that applications need to “opt-in” to binding to the IPv6 address (it’s not automatic). Certain applications are coded to bind to both IPv4 and IPv6 addresses seamlessly (e.g. sshd); however, that’s not the case for the majority of applications. Even nginx, a popular webserver, requires a fairly cryptic directive to bind to both IPv4 & IPv6: listen [::]:80 ipv6only=off; (the directive to listen to IPv4 is a simple listen 80;).

IPv6 is enabled on all the VM’s interfaces. Once BOSH assigns an IPv6 address to an interface on a VM, the other interfaces may pick up an IPv6 address as well, one that was not assigned by BOSH but rather acquired via IPv6’s Neighbor Discovery Protocol’s (ND’s) stateless address autoconfiguration (SLAAC). For example, the web server we deployed acquired an additional IPv6 addresses on its “IPv4” interface: 2601:646:100:69f0:250:56ff:fe8c:86a9.

Currently BOSH doesn’t have a concept of “dual-stack”. In other words, when it deploys a VM, BOSH assigns the VM’s network interface either an IPv4 or an IPv6 address, but not both (though an IPv4 interface may acquire an IPv6 address via SLAAC).

[Ubuntu] IPv6 only works on Ubuntu Trusty stemcells; we haven’t yet made changes to the bosh-agent to accommodate IPv6 on the CentOS-flavored or Ubuntu Xenial stemcells. Pull requests are welcome.

A dual-stack device is a device with network interfaces that can originate and understand both IPv4 and IPv6 packets.

So why did we opt for the dual-homed single-stack approach instead of the single-homed, dual stack approach? The answer is that BOSH’s networking model assumes one and only one IP address (be it IPv4 or IPv6) is assigned to a given network interface. To accommodate dual stack we would have had to make changes to BOSH vSphere CPI and BOSH Agent - changes that would have required time we did not have. The multihomed single-stack approach was an expedient and technically valid choice.

[Routing] Most non-BOSH-deployed machines with both IPv4 and IPv6 addresses have two default routes: one for IPv4, and one for IPv6 (we discount the link-local addresses (i.e. fe80::/10) which, by definition, don’t have a route). The BOSH networking model, as it currently stands, only allows one default route.

This restriction constrains the placement of the deployed VM: if the IPv6 interface has the default route, then the IPv4 doesn’t, which means that the VM must be deployed on the same subnet as the BOSH Director in order to communicate with it (the BOSH Director only communicates via IPv4, although we are actively working to change that).

On the other hand, if the IPv4 interface of the deployed VM has the default route, then the IPv6 interface doesn’t, which limits the usefulness of having a VM with an IPv6 address (the impetus to use IPv6 is driven by IPv4 address exhaustion, specifically routable addresses, and an IPv6 interface with no IPv6 route is not routable, and offers little value over an IPv4 address).

However, all is not lost: the IPv6 interface of the deployed VM may acquire an IPv6 route via router advertisements. [Router Advertisements] That means it’s possible to deploy a VM with both IPv4 and IPv6 default routes.

[why no abbreviations?] The BOSH Director codebase represents IPv6 addresses (in most cases, such as the internal database) as strings, and many manipulations will fail if abbreviated IPv6 addresses were used (e.g. “does this IPv6 address fall in this range?").

Although we’d like to have the capability to use abbreviated IPv6 addresses, and that may be a direction we take longer term, in the short term we must use fully-expanded IPv6 addresses. They are but a minor inconvenience to manifest writers.

[Router Advertisements] IPv6’s Neighbor Discovery Protocol’s (ND’s) Router Advertisements allow for the discovery of IPv6 routes within an IPv6 subnet. Unfortunately, they may also be used to enable man-in-the-middle attacks (Infoblox has a blog post describing the security issues).

We plan to disable the acceptance of IPv6’s ND’s router advertisements and to replace it with another mechanism to allow both the IPv4 and IPv6 to have default routes (one idea we have been considering is a new property, ipv6_gateway).

Similarly, we plan to disable ICMPv6 Redirects on IPv6-enabled VMs in the future. 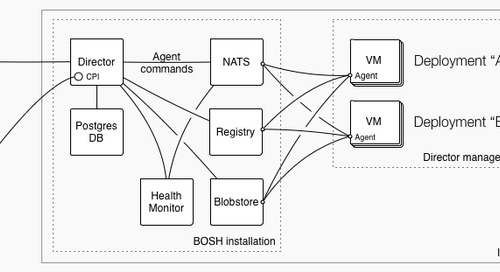 Kubernetes + BOSH = CFCR The goal of Cloud Foundry Container Runtime is to simplify deploying and mai... 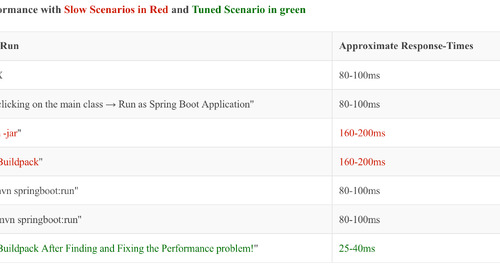 The murder mystery - of the slow process We were in the process of migrating a legacy java app to PCF. We w...