The Concourse Continuous Integration (CI) server has an API endpoint that displays a badge which shows health of your project:

The sslip.io project has a Concourse CI pipeline consisting of one job.

The pipeline is sslip.io (same name as the project, a simple naming scheme), and the job’s name is check-dns.

2. It’s at the Job Level, not the Pipeline Level

The badges display at the job level, which leads to a conundrum: which job best represents the health of the project?

Let’s assume a simple pipeline with two jobs: unit and integration. The integration job is only run if the unit job has succeeded.

A reasonable choice to represent the health of the project would be the integration job, but there is a problem: The integration job’s badge might show “passing” (that the code is good) when the unit tests have failed (see figure below). The badge would show the build as passing when in reality the build has failed:

One way to address this would be to display several badges, one for each job — Bootstrap has demonstrated that it’s reasonable to have more than one badge on a project’s page. [Bootstrap badges]

3. The Five Types of Badges

Chris Brown wrote much of the code during his lunch hour. Kris Hicks shepherded the pull request through the acceptance process, refashioning the code along the way. He also reviewed this post. Any excellence is theirs, gnarliness, mine.

shields.io was used to generate the initial badges.

A pipeline that displays all five types of badges, and its YAML.

A pipeline that has two jobs (unit and integration), and its YAML.

The badge API endpoint was changed briefly in v2.0.0 and then reverted in v2.0.1.

We’d like to commend the Bootstrap developers for their commitment to CI, cross-platform compatibility, and just about everything that makes an open source project successful — they’ve set a high bar to which all of us aspire. 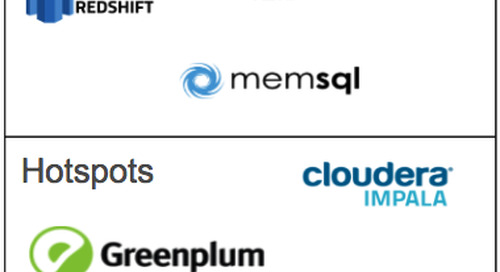 Overhead of a Generalized Query Execution Engine To handle the full range of SQL queries and data types, GP... 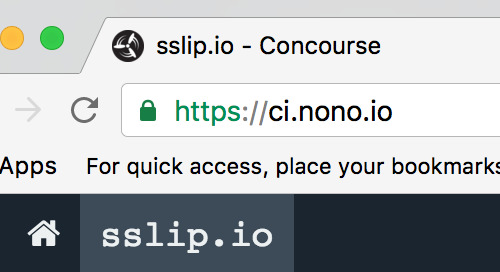 Concourse without a Load Balancer

Abstract Concourse is a continuous integration (CI) server. It can be deployed manually or via BOSH. In thi...