As 2020 comes to an end, we are capping it off with a new patch release of vSphere. In this post, we will examine the new functionality in vSphere with Tanzu as it relates to the Tanzu Kubernetes clusters.

Many organizations that run in highly regulated environments, like financial institutions, require all internet access to go through a corporate proxy. However, doing so magnifies constraints, as all the components—including pushing and pulling container images or any Tanzu Mission Control attach operations—require internet access. Now a new feature allows for a global proxy setting to be applied to the Supervisor Cluster.

There is also an additional parameter of `noProxy` where an array of IP addresses or CIDR blocks can be set to not go through the proxy. This parameter is required for the ranges applied to all pod, ingress, and egress CIDRs in your environment or those that have been allocated to vSphere with Tanzu.

Read the latest docs on Provision Tanzu Kubernetes clusters with a Proxy Server.

The Registry Service feature, which is enabled by the use of NSX-T, will automatically deploy a Harbor container registry and integrate role-based access control, as well as projects, based on vSphere Namespaces. This registry is created using a series of self-signed certificates to make automation a breeze.

The problem with self-signed certificates is that they are not inherently trusted by anyone. That used to include any Tanzu Kubernetes clusters. The certificates would have to be manually imported and trusted by every Kubernetes node, settings that would not persist during an upgrade.

We never really know what our Kubernetes nodes will be used for. It could be anything from small to highly transactional applications. Since the Tanzu Kubernetes cluster needs to adapt to whatever use case you may have, a new feature sets user-defined storage parameters for the Kubernetes nodes.

Perhaps you would like to configure important filesystem paths, like `/var/lib/docker` or `/var/lib/kubelet`, on volumes with more storage. By default, a Tanzu Kubernetes cluster node is deployed with 16GB of storage, which becomes important when a node needs to run container images that would be greater than 16GB combined because they have to be stored locally. Maybe you’re running a very large Kubernetes cluster and would like to have etcd be located on a volume that can handle lots of transactions. In both of these cases, we want to specify a separate volume from the primarily read-only root partition.

Here’s an example taken directly from the documentation:

A MachineHealthCheck is a Cluster API resource that allows a user to define what an unhealthy cluster looks like. A healthy Tanzu Kubernetes cluster is defined as one that has all cluster nodes powered on and communicating. If a node is not powered on or disappears, it needs to be remediated.

With this patch, new remediation code was added that utilizes MachineHealthCheck to gauge the health of a cluster. If a node is powered off, it will be automatically powered back on by communicating to the vCenter API once the time threshold is reached. If a node is forcefully removed and deleted from the cluster, as well as from vCenter, MachineHealthCheck will invoke Cluster API by creating a new virtual machine and performing the bootstrap process to remediate the cluster. With this update, a better experience of achieving the desired state with Tanzu Kubernetes clusters is delivered without any upgrade to the cluster itself. 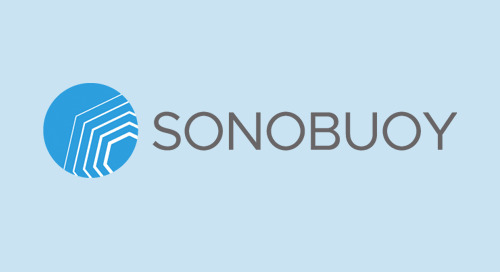 The latest edition of MySQL, VMware Tanzu SQL with MySQL for VMs v2.10, marks an important milestone for en...