One data scientist on the hype around artificial intelligence.

When I started my data science career at Accenture in 2013, everyone in the industry — from automotive to telecommunication — was into “big data.” In fact, according to Gartner’s Hype Cycle that year, big data was at the “peak of inflated expectations.” Being a cool kid on the data science block meant you were required to have Hadoop or something similar. And if you had tools like Spark, MapReduce, or Hive in your repertoire you were a rock star.

Fast forward to 2017 and the hype around big data has mostly quieted, only to be replaced by artificial intelligence (AI), a sub-branch of machine learning.

The hype is everywhere — from promises of an AI-fueled utopia to the impending Skynet apocalypse. Clients frequently inquire how they can harness AI to unlock potential business value. Friends and colleagues outside tech ask me about AI and what it means for our lives. AI systems are becoming a brand. IBM Watson is a household name! TensorFlow is the latest cool new toy. Countless companies are looking to inject AI into their business and a lot of funding is pouring into AI startups now.

I am seeing job postings with titles changed from Big Data Analyst to AI Analyst. There are even active discussions amongst some data scientists whether or not their title is really appropriate or if they should change it to “machine learning engineers.”

But I’m here to tell you that AI is already headed toward that trough of disillusionment, and why embracing this is a good thing for those who want to do real, valuable work in machine learning.

The Curse of AI FOMO

Expectations about AI are extremely high. We are constantly hearing that “AI will change the world.” The big data hype wave felt very similar — big data was the new business intelligence, big data would solve everything. But the harsh reality is that the majority of companies were just not ready to handle, store, or use massive amounts of data. I saw many companies hire data scientists first, without thinking what those first data projects should be, or the larger goal of integrating how to integrate that data in a valuable way.

In those early years of big data, the outcome was always less than perfect. Most of the work ended up in powerpoint presentations without ever going into production because most teams simply did not have the right infrastructure or culture to maintain them. Rather, many companies just bought into the trend and invested in big data because they had the fear of missing out. Behavioral economist Dan Ariely also succinctly described the big data hype thusly:

The same thing applies to AI now. And before we go any further, let’s clear one thing up: when people in business say “AI” they really mean machine learning — which is the outcome we were all envisioning when we got excited about big data all those years ago.

The fear of missing out on AI is so high that everyone wants to be part of this wave even though they are not ready for this. I’ve seen companies who don’t have the basis for even the simplest machine learning algorithm — let alone the right people and culture — but they believe if they pour in enough money, they will get their AI transformation. They spend millions on tools, and yet they don’t have an infrastructure that can handle complex algorithms or deploy changes to it in a fast, iterative manner.

Something worth remembering. Despite the hype, deep learning algorithms are commodities. It's the data that's the real value.

And some opportunists are ready to capitalize on this FOMO. IBM’s Watson is the best example. It promises to solve everything from winning game shows like Jeopardy to bolster applications that help with cancer treatments. IBM wants you to think Watson can solve every problem that you can imagine because it uses deep learning and has a cool name.

“IBM Watson is the Donald Trump of the AI industry — outlandish claims that aren’t backed by credible data.” — Gizmodo

But we all know that Watson is a big marketing gimmick. Moreover, we have too many so-called experts that say AI is the next industrial revolution. A new digital frontier. They paint a picture where AI machines can learn by themselves. And cast every problem as a reinforcement learning problem. On the other hand, we have people that think we should be fearful of AIs. In fact there is an active discussion whether AI is “the biggest risk we face as civilisation.” But that concern is about artificial general intelligence (AGI), not machine learning. And as you can see from the video below, which shows a soccer game from the recent RoboCup 2017, here’s how dangerous AGI is at the moment:

After the AI Hype Storm

As you can see, the expectation for AI is exploding. But just like it happened for big data, you should expect this bubble to burst. And after that we’ll get a new trend. Will it be quantum computing? I don’t know yet, but I hope that after the AI hype storm there will be some calm.

I anticipate that after this passes, we can start to do the right thing — focusing on using machine learning to build things that are meaningful and realistic. Like driverless cars, which will go on to shape the future of mobility for generations. We can work on improving medical diagnosis, education retention, and much more. Those are just some examples; there are many ways machine learning can help, and many will be realistic applications that improve our everyday lives. We just need the right people, culture, and infrastructure to execute. Instead of surfing the wave which will just take us back to the beach we’ve always known, we can sail towards new ground, a promising shore.

I hope you liked this post. Give me a 👏🏻 if you do so that others can find it too. Also share it with your friends. Follow me here on Medium Dat Tran or on twitter @datitran to stay up-to-date with my work.

Here are some further readings for those that want to dive a little deeper:

Why the AI Hype Train is Already off the Rails and Why I’m Over AI Already was originally published in Built to Adapt on Medium, where people are continuing the conversation by highlighting and responding to this story. 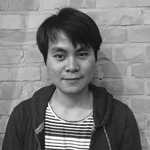 Dat works as a Senior Data Scientist at Pivotal. His focus is helping clients understand their data and how it can be used to add value. To do so, he employs a wide range of machine learning algorithms, statistics, and open source tools to help solve his clients’ problems. He is a regular speaker and has presented at PyData and Cloud Foundry Summit. His background is in operations research and econometrics. Dat received his MSc in economics from Humboldt University of Berlin. 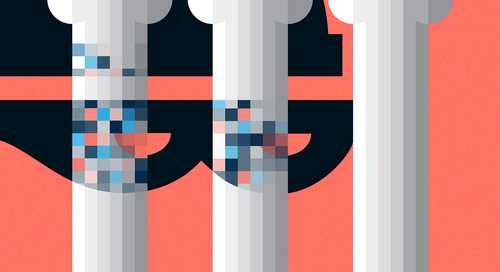 Financial institutions can thwart intrusions with a two-pronged strategy of brute-force work and cutting-ed... 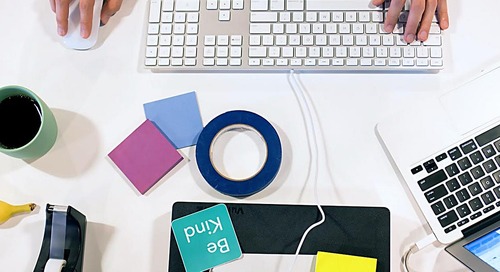