New, modern applications get all the attention. But legacy applications are just as important, particularly at large enterprises whose founding predates the iPhone. At such companies, these older applications are often the ones that customers interact with the most and bring in the most revenue. Improvements made to these applications and systems can have an outsized impact on both customer satisfaction and the top line.

That’s precisely why Liberty Mutual is modernizing many of its core legacy applications to run in a more cloud-native way on Pivotal Cloud Foundry, according to Justin Stone, Director of Cloud Enablement at Liberty Mutual. Doing so results in better operational efficiency and increased development agility, he said, enabling teams to respond to user feedback and get new functionality in their hands “faster than ever before.”

“We’re getting enhancements and features out in days instead of weeks, so we’re really seeing a lot of value there,” Stone said, referring to legacy software and applications that support Liberty Mutual’s claims and underwriting business. “We’re touching most of our operations right now, which is pretty cool.”

Of course, any time you contemplate making changes to software that is used by thousands of customers and helps bring in millions of dollars in revenue, there is bound to be some hesitation. This is especially true of complex, monolithic applications and systems full of opaque dependencies that are resistant to change. That’s why Stone and his team spent time partnering with their CloudForge platform teams educating Liberty Mutual executives about taking their journey beyond only new applications. They showcased the benefits of modernizing legacy applications and how Pivotal Cloud Foundry could help the company’s developers do so safely. Their efforts are paying off.

“We’re a 100-year-old insurance company. We’re risk averse by nature,” Stone said. “So having that buy-in from some our senior leaders, and some of our key development leads, has been really beneficial.”

A conversation with Ovum’s Tony Baer about the future of data.Some overnight successes hide the decades of ...

Hear from people who pivoted into engineering.Coding is a new gold rush of sorts. With programming jobs gro... 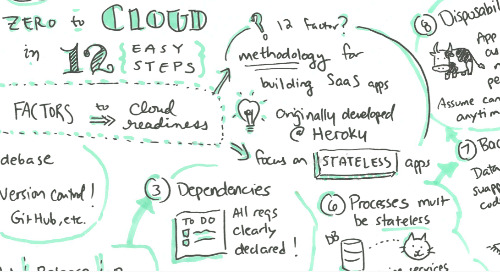