Every developer has that moment. You’re working in the depths of the database, QAing or starting a new feature and it becomes obvious, “This part of my job could be automated.” Perhaps the task is extremely quick, perhaps it’s not performed frequently enough to build a process. What’s clear is that repetitive tasks and computations will be done faster and often, better by a machine.

Every week there’s another headline about an industry streamlining with automation: food service, banking, finance, delivery, inventory management, medicine and, of course, manufacturing. According to a recent report by McKinsey, about 49 percent of worker activities can be turned over to some sort of machine (often powered by artificial intelligence engines).

New technology has always opened up new work — the question’s been how much, where and with what required skills? The printing press spawned book publishing, newspapers and advances in education and communication. Eliminating horse-and-buggies opened the automotive industry. Windmills and waterwheels gave way to power plants.

It’s not just old blue collar work. McKinsey believes advances like the steam engine and even recent IT will pale in comparison to what robotics and smart computers do for productivity in the coming years. Today, journalists in sports and finance are watching machines summarize games and financial reports. Doctors are handing over more patient analysis to machines. Pilots often go a whole flight only touching the controls at takeoff and landing.

Software development’s too nuanced to list all the potential automation cases, but we can get some sense of broader automation trends and effects by examining historical data for manufacturing, which in a sense, is physical coding. The World Economic Forum reports that from 1979 to 1999, the number of US manufacturing jobs dropped from 19 to 17 million, and then to 12 million in the decade after. “That more dramatic decline has given rise to the idea that the US economy suddenly stopped working — at least for blue-collar males — at the turn of the century,” writes J. Bradford DeLong professor of economics at University of California at Berkeley.

“But the lost jobs in one region and sector were generally being replaced — in absolute terms, if not as a share of the labor force — by new jobs in another region or sector,” DeLong says.

But that’s not conclusive. Daron Acemoglu and Pascual Restrepo of MIT found that at a local level, when there’s an increase of automation in an area, wages fall and people lose jobs. After analyzing recent Bureau of Labor Statistics data, Mira Rojanasakul and Peter Coy at Bloomberg point out that some sectors with the biggest job losses didn’t automate intensively, like textiles and paper products: “That goes to show that keeping out robots won’t necessarily protect your job.”

Freed up, we apply the human mind to next-level tasks. Devin Fidler directs research at the Institute for the Future. He predicts that as basic automation and machine learning move toward commodities, it’s the uniquely human skills that become valuable. Now developers work on goals farther down the roadmap — they reach milestones faster. Every CEO has “It’d be great if we ever got there” features that fall by the wayside because of bandwidth concerns — until automation and robots increase their productivity.

Consider Moore’s Law — now it costs almost nothing to power tasks that used to cost thousands of dollars — yet apply the principle to intellectual power. By reducing manual and repeatable tasks, the developer’s creative pallet blows open. We’d see far fewer artists if they had to extract their own dyes and mill their own paper. We’re going to see exponentially more developers because there’s so much more freedom to think and create across more fields.

An automated system doesn’t necessarily mean a forgotten system, either. Developers will still want to understand the mechanics of automated features to stay marketable when changing jobs. (Someone will need to repair glitches in the automation when they arise!) And William Gibson’s famous quote remains true: “The future is already here — it’s just not very evenly distributed.” From government to space travel, industries with disparate technical capabilities will seek engineers to pull their products into the future — knowledge of automation’s intricacies will be a huge part of that.

If developers know that moment where “This can be automated,” they also know that wonderful rush of discovering an out-of-box solution to a very hard problem.

Perhaps the important lesson in this increasingly tumultuous job market — one that with the right approach, might be invigorating — is that engineers must continue learning new development skills. Cutting edge industries are too dynamic. I use the word “invigorating” intentionally: coding’s a field where we can keep learning. Even developers with short resumes can trace an educational journey across the codebase. That’s important…

If developers know that moment where “This can be automated,” they also know that wonderful rush of discovering an out-of-box solution to a very hard problem. Engineers should consider themselves artists, perfecting their craft.. We need to keep asking each other: where are you, the developer, the person, the creative mind, introducing new and interesting value to the stack? That’s your job. That’s where the machines can’t be programmed.

With more and more coding repetition going away, the question we should focus on: what will you build with that ultimate machine between your ears?

This is the fourth part in a series, Developers at Work, exploring the changing role of developers in today’s workplace.

Is Automation Coming For Your Job? was originally published in Built to Adapt on Medium, where people are continuing the conversation by highlighting and responding to this story. 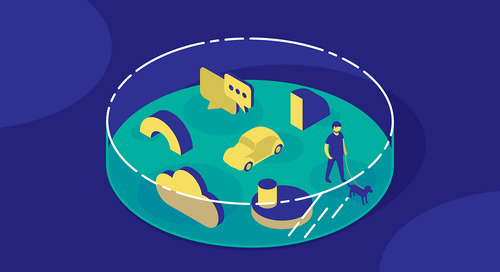 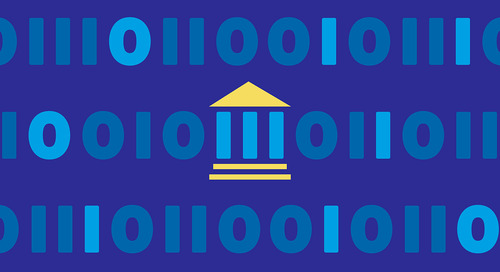 Add technology skills to the boardroom, curate services and concentrate on customersBig banks face a FinTec...