Add technology skills to the boardroom, curate services and concentrate on customers

Yet Chris Skinner, an independent commentator on FinTech and author of Digital Bank (2014) and its sequel ValueWeb (2016) says that incumbent banks are not nearly as concerned as they should be.

“The incumbent banks are very complacent about the fact that they have millions of customers, centuries of history and billions in capital,” he said during an interview last month. Skinner has strong opinions on how incumbent banks should change, although he doubts whether they actually will.

“Incumbent banks always fail to do an enterprise data architecture because they have too much internal politics,“ says Skinner. That politics arises because each of a bank’s business lines — mortgages, loans, accounts, insurance — has a different owner. Those product owners often compete internally and may be reluctant to share their data at enterprise level. The siloed data structures imposed by product lines, and the static nature of banks’ legacy systems, make it difficult for banks to innovate.

“Embark on that enterprise data architecture project because if you don’t do it in the next five years you’re going to be dead,” says Skinner.

2. Focus on the customer

Startup banks focus on delivering great customer experience. According to Skinner, incumbent banks still push product and focus on competitors rather than customers.

“You need a cultural transformation where you get rid of structures that incentivize people to compete with each other internally,” he says. “The metrics have to move away from a product focus to be customer-centric.”

What customers want is convenience, frictionless usage and lifestyle support. The UK’s Monzo bank, for example, is a smartphone-first startup bank which aims to provide world class customer service. The bank initially targeted tech workers and gained its 140,000 customers mainly through word of mouth. When Monzo launched a £2.5 million cloud-funding round in 2016, £12 million was pledged, much of it by the bank’s own customers.

“This is what the incumbent banks culturally have to internalize, transform and change and that requires leadership,” says Skinner.

3. Add technology leadership to the boardroom

Technology leadership is, however, sadly lacking in the boardrooms of big banks. Only 6 percent of banks’ board members have professional technology backgrounds. Most bank executives are not even aware of key FinTech startups.

“How can they lead a digital transformation if you don’t understand the difference between blockchain and distributed ledgers?” says Skinner. He suggests that at least 25 percent of a bank’s leadership team should have previous experience at an Internet giant or telco.

Banks should create curated banking marketplace platforms. “A complete, open transparent marketplace of financial apps, APIs and analytics that’s curated by us (the banks)” says Skinner, “All those FinTech players can compete or collaborate with us or we white label them.“

Skinner mentions startups like Leveris in the UK and Solaris bank in Germany which already provide “bank in a box” services to other financial institutions. Solarisbank, for example, is a fully licensed bank providing modular, API accessible banking services such as account and transaction services, compliance and trust solutions, and online loans.

Incumbent banks often see their branch network as a cost rather than an asset. “Incumbent banks know they have too many branches and are trying to turn them into Apple-style Genius bars”, says Skinner. He gives the example the example of Italian digital-first, branch distribution bank CheBanca!

“Chebanca! sees their branch distribution structure as their marketing program,” says Skinner. “Where they have a branch they get two and a half times more deposits than where they don’t.”

UK challenger bank Metro Bank, which has almost 1 million customers, opened 48 branches to provide great customer service seven days a week. The bank plans to add up to 250 branches across the UK.

An enterprise data architecture, increased customer focus and technology leadership are the first baby steps on the road to what Skinner calls the semantic bank, a machine-learning powered financial future where your bank becomes your automated money manager, advisor and lifestyle support.

“The semantic bank understands me so well that it knows when I’m being stupid, taking risks, missing investment opportunities or need to save,” he says. “It doesn’t ask my permission to do these things; it does them for me.” In the meantime, most of us would settle for a bank which is not handcuffed by its heritage.

5 Things Big Banks Should Do Now (But Probably Won’t) was originally published in Built to Adapt on Medium, where people are continuing the conversation by highlighting and responding to this story. 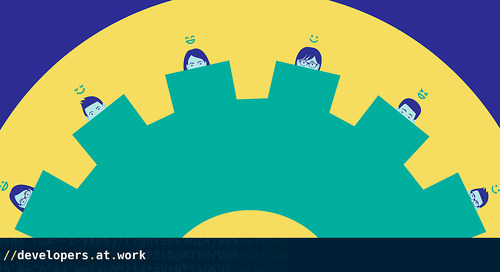 A look at how more computing power might enhance—not replace—the role of software developersEvery developer... 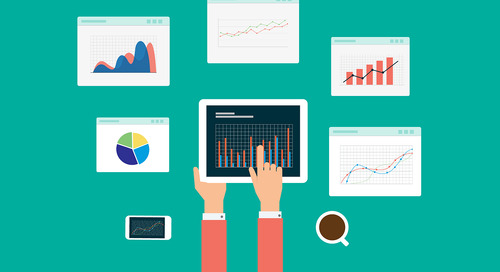 4 Critical Rules to Embracing Consumerization of The Enterprise