Amidst all the excitement around the thumbprint scanner and plastic bling of the new iPhones, no one’s paying much attention to the newly minted Gold Standard release of Xcode 5.0. This release brings a whole suite of changes that we here at Xtreme Labs have been tinkering with all summer and we would like to share with you some of the more interesting features that jump out at us.

Boy, It’s so Flat and White in Here 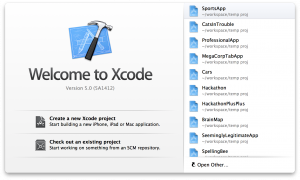 Right away you can see that Xcode 5 has stuck with the core message that is being pushed with iOS 7: flat, white, and with the occasional bling or croc motif. The new project template selector looks refreshed, but is essentially the same. The page-based sample project template defaults have been altered to achieve a more iOS7 look and feel. There is also a new option for a SpriteKit Game template to get you in and working with the newest game development platform iOS has to offer. SpriteKit is an interesting platform that is reminiscent of Cocoas 2D and this template provides developers with a quick entry point of an initial scene, several assets, and an animated action example. 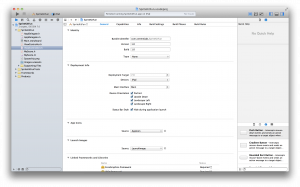 Launching a SpriteKit template, or really any of the templates, exposes the developer to an application navigator free of bevel and with only the barest hint of gradient. Apple declares triumphantly that today is the day of iOS UI minimalism. Long live UX! Thus, Mr. Ive’s stern eye has hewn off flourish and chiseled all but the most essential differentiation from informational categories. Yet, even with all these graphical embellishments removed, the application navigation view can still be intimidating to new developers.

The General tab of the application navigator has brought new focus points to the forefront. Linked Frameworks and Libraries, a portion of the Studio that has traditionally been buried deep in the bowels of the project navigator, has gotten a new home, to the delight of many. The App Icon and Launch Images have gotten a UI refresh that shows just how much Apple wishes developers to consider their users’ first impressions. These updates lead to one of the first big changes in the Studio – the Images.xcassets interface. Visually-minded developers will find this highly intuitive interface an excellent extension of Xcode’s drag and drop functionality.

Wait, I Don’t Need to be an App Store Admin to Code My App Anymore? 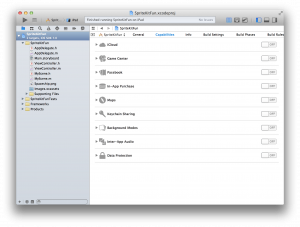 One very bold and exciting change can be found right next to the General tab. The Capabilities tab aggregates several useful features that used to only be available to administer on the App Portal, along with several new privacy and data access related functionalities. This means that less time will have to be spent strong-arming clients into creating and handing over credentials and more time can be spent toggling toggles and dropping down drop downs.

With all the aesthetic changes in this version of Xcode, it is easy to lose sight of the many tool enhancements bundled in this version update. However, immediately upon running an application on the simulator, several of the biggest alterations are revealed. Testing application compatibility and building against the new 64 bit architecture delivered in the iPhone 5S will only be possible in Xcode 5 and with this change comes a brand new choice of simulators. Sadly, as Mr. Ford once famously said, you can have whatever color you like as long as it’s black.

Oh Look, I Can See How Big My App Gets When Running 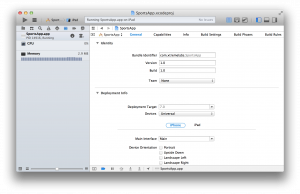 Debug Navigator pulls into Xcode several tools that were previously only available through the developer add on Instruments. In this section, App developers will be able to see in real time how much device resources are consumed by their applications and there will be fewer excuses for poorly profiled apps.

The new Log Navigator caches your previous application runs and ensures that you don’t have to copy and paste your debug outputs. This is truly a very good thing for those developers who spit out reams of log statements as part of their day-to-day coding efforts.

Test Navigator, Yup That Could Be Cool

As the iOS application development process has matured, we initially saw Unit Tests start as a poorly-supported third party external library. Later, SenTest and UIAutomation became more commonplace as they were included directly in the application bundle or through Instruments. UIAutomation may still be a little bit on the fringe but with the Test Navigator, Unit Tests now see their time in the sun. Hopefully, this will result in better applications and not just productivity loss as now all developers have the tools they need to write tests that validate their application.

Good Thing the Storyboard Autolayout Tool is so Vastly Improved, 4.x’s Was Giving Me Fits 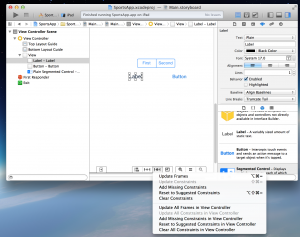 Any blog post about Xcode 5 would be remiss without at least touching upon the vast improvement of Storyboard and .xib layout tools. Autolayout has been an Apple iOS buzzword since it first appeared, yet until WWDC 2013 it was merely a check box that you had to remember to uncheck. With Xcode 5, Autolayout has ceased to be a hinderance and I am convinced that within a few product cycles, it will become a productivity enhancement that very few Storyboard based developers will be able to do without. Storyboard has tons of new switches to switch and drop-downs to drop down, so drop them down and switch them! With Add Missing Constraints, Reset to Suggested Constraints, and Clear Constraints all available from a contextual menu, I am going to need several monitors to allow me sufficient real estate to keep up with all the Storyboarding I am going to be doing!

Clearly there is a lot to see and experience in the new Xcode 5 Studio, so you really should download it and try it out for yourself. Keep an eye out for my next post where I will dive fully into Storyboards and show you how to get the most out of Xcode 5 Storyboarding! 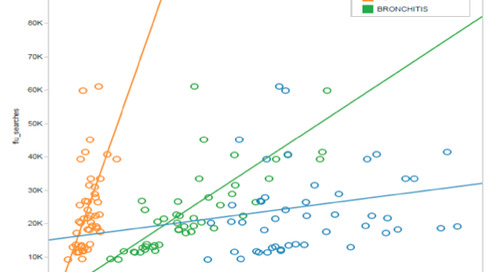 Pivotal's Experience at the Kaiser Code-a-Thon

Our team was thrilled to be named one of four finalists participating in a 24 Hour Data Science Code-a-Thon... 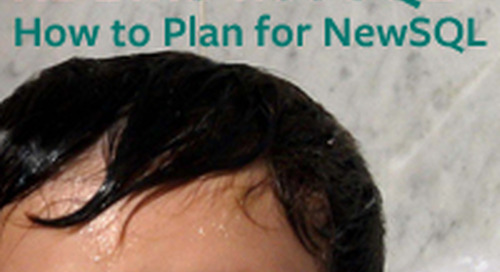 Planning for NewSQL: A “How To” for Architects, Developers, and DBAs Using SQLFire

Where traditional RDMBS must be replaced or scaled, it doesn’t mean that SQL will. Sudir Menon, Pivotal R&D...