Why Retailers Should Stop Neglecting Tablets

Less than a year ago, most analysts were recommending that mobile solutions be built strictly for smartphones. But fast-forward to today, and not only has tablet usage overtaken smartphone usage, but the adoption rate for tablets is outpacing that of smartphones.

In practice, few businesses understand tablets. Most just want to develop their apps for smartphones. Unfortunately most don’t realize that smaller tablets have become very popular and tablet conversion rates are higher than those on smartphones, which holds significant implications for retailers. Let’s explore these trends further:

15% of online retail sales are happening on mobile this year, and eMarketer predicts that by 2017 this number is going to rise to 25%. However, according to the 2014 Internet Retailer Mobile 500, only 45% of mCommerce sales take place on smartphones. The majority of mCommerce sales actually occur on tablets.

The phenomenon driving this trend is known as couch commerce: business driven by transactions on tablet devices. Tablets are used more than smartphones in the living room. They are also actively used at the coffee table and couch, and many companion apps are increasingly being built for tablet devices.

Marketing magazine posted a comparison between devices: over the past year, online shopping increased by 11% on the desktop, 19% on the smartphone, and 52% on the tablet. This growth has a serious implication: retailers with a mobile strategy need to consider tablets a lot more seriously.

As Kathryn Zickuhr wrote in a Pew Internet & American Life Project report: “For the first time, a third (34%) of American adults ages 18 and older own a tablet computer like an iPad, Samsung Galaxy Tab, Google Nexus, or Kindle Fire—almost twice as many as the 18% who owned a tablet a year ago.”

Companies have an opportunity to appeal to this surge in tablet owners. If they start building apps and websites tailored for this different screen size, they will be appealing to the significant portion of the population that owns tablets.

Whereas laptops can remind people of work, tablets are more reminiscent of the comforts of home, says Wilson Kerr, VP of business development and sales at Unbound Commerce in an interview with Mobile Commerce Daily.

A large part of the rapid adoption of tablets could be due to the tendency of consumers: according to The NPD Group’s study Understanding the Canadian PC and Tablet Buyer, one in three tablet purchases made in Canada are impulse buys. More interestingly, a whopping 53% of Canadians intend to buy a tablet in the next two years. The average Canadian buyer’s spend on tablets is $627 annually.

Here’s another interesting observation: according to The Globe and Mail, 35% of residents in Alberta owned tablets – the highest proportion in the country. The average of tablet ownership in anglophone provinces is 30%. Tablets are very clearly not going away anytime soon.

Tablets continue to set amazing adoption and growth rates and retailers need to move quickly towards apps and responsive websites that fully support tablets as well as smartphones. And it won’t be long before other devices like gaming consoles, set-top boxes and smart TV sets join the rush towards couch commerce. Those retailers that adapt their mobile strategy will be the winners and will take a larger portion of market share. 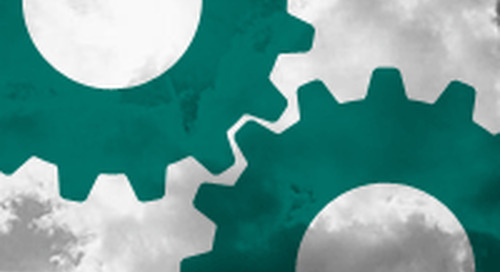 How to Add Your Service to Cloud Foundry: Architecture, Code Boilerplate, and MongoDB Example

Customers and prospects often ask this question, “How do we add a new, never-seen-before service to Cloud F...