Why Is My NTP Server Costing Me $500/Year? Part 2: Characterizing the NTP Clients

In the previous blog post, we concluded that providing an Amazon AWS-based NTP server that was a member of the NTP Pool Project was incurring ~$500/year in bandwidth charges.

In this blog post we examine the characteristics of NTP clients (mostly virtualized). We are particularly interested in the NTP polling interval, the frequency with which the NTP client polls its upstream server. The frequency with which our server is polled correlates directly with our costs (our $500 in Amazon AWS bandwidth corresponds to 46 billion NTP polls[1] ). Determining which clients poll excessively may provide us a tool to reduce the costs of maintaining our NTP server.

This blog posts describes the polling interval of several clients running under several hypervisors, and one client running on bare metal (OS X). This post also describes our methodology in gathering those numbers.

The polling intervals of ntpd vary from 64 seconds (the minimum) to 1024 seconds (the maximum)—as much as sixteenfold (note that these values can be overridden in the configuration file, but for purposes of our research we are focusing solely on the default values).

We discover that clients running on certain hypervisors correlate strongly in the amount of polling (e.g. the VirtualBox NTP clients frequently poll at the default minimum poll interval, 64 seconds). 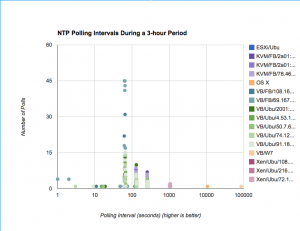 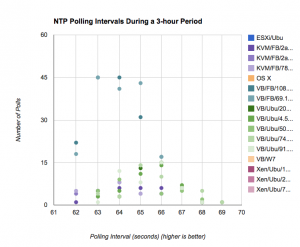 A close-up of the 64-second polling interval (“minpoll”). Notice the dots are mostly VirtualBox with a sprinkling of KVM. NTP clients perform poorly under those hypervisors.

By examining the chart (the chart and the underlying data can be viewed on Google Docs), we can see the following:

1. Choosing the Hypervisors and OSes to Characterize

We decide to characterize the NTP traffic of four different operating systems:

We decide to test the following Hypervisors:

Why We Are Not Characterizing NTP Clients on Embedded Systems

We’re ignoring embedded systems, a fairly broad category which covers things as modest as a home WiFi Access Point to as complex as a high-end Juniper router.

There are two reasons we are ignoring those systems.

We wish we had the resources to characterize embedded systems—sometimes they are troublemakers:

We suspect that fewer than 1% of our NTP clients are either Windows or OS X (but we have no data to confirm that).

Regardless of its usefulness, we’re characterizing the behavior of their clients.

2. Setting Up the NTP Clients

The ESXi, Xen (AWS), and KVM (Hetzner) clients have already been set up (not for characterizing NTP, but we’re temporarily borrowing them to perform our measurements); however, the VirtualBox clients (specifically the Ubuntu and FreeBSD guest VMs) need to be set up.

The 3 VirtualBox and 1 Bare-Iron NTP Clients

We choose one machine of each of the four primary Operating Systems (OS X, Windows, Linux, *BSD). We define hostnames, IP addresses, and, in the case of FreeBSD and Linux, ethernet MAC addresses (we use locally-administered MAC addresses[3] ). Strictly speaking, creating hostnames, defining MAC addresses, creating DHCP entries, is not necessary. We put in the effort because we prefer structure:

Here are the Four Hosts of the Apocalypse[4] (with apologies to St. John the Evangelist)

Use Vagrant to Configure Ubuntu and FreeBSD VMs

We use Vagrant (a tool that automates the creation and configuration of VMs) to create our VMs. We add the Vagrant “boxes” (VM templates) and create & initialize the necessary directories:

Now let’s configure the Ubuntu VM. We have two goals:

The FreeBSD Vagrantfile is slightly different[5] than the Ubuntu Vagrantfile.

We enable packet tracing on the upstream firewall (in the case of the VirtualBox guests or the bare-iron OS X host) or on the VM itself (in the case of our AWS/Xen, Hetzner/KVM, and ESXi guests).

Here are the commands we used:

We need to convert our output into .csv (comma-separated values) files to enable us to import them into Google Docs.

Next we create a .csv file to be imported into Google Docs for additional manipulation:

Notes regarding the shell script above:

We use ntp -pn to determine the upstream NTP servers.

Then we create .csv files:

The Windows server is easier: there’s only one NTP server it queries (time.windows.com), so we can filter by our VM’s IP address rather than the NTP server’s IP address:

Like Windows, there’s only one NTP server (time.apple.com), so we can filter by our VM’s IP address:

Next we need to merge the above files into one file that we can easily import into Google Docs.

In order to create our scatterplot, we must comply with Google’s requirements. For example, each column needs at least 1 datapoint.

1 Math is as follows:

2 The inclusion of FreeBSD in the list of Operating Systems is made less for its prevalence (it is vastly overshadowed by Linux in terms of deployments) than for the strong emotional attachment the author has for it.

3 To define our own addresses without fear of colliding with an existing address, we set the locally administered bit (the second least significant bit of the most significant byte) to 1.

4 The term “host” has a specific connotation within the context of virtualization, and we are deliberately mis-using using that term to achieve poetic effect (i.e. “hosts” sounds similar to “horsemen”). But let’s be clear on our terms: a “host” is an Operating System (usually running on bare-iron, but optionally running as a guest VM on another host) running virtualization software (e.g. VirtualBox, Fusion, ESXi, Xen); a “guest” is an operating system that’s running on top of the virtualization software which the host is providing.

In our example only one of the 4 hosts is truly a host—the OS X box is a true host (it provides the virtualization software (VirtualBox) on top of which the remaining 3 operating systems (Ubuntu, FreeBSD, and Windows 7) are running).

5 We’d like to point out the shortcomings of the FreeBSD setup versus the Ubuntu setup: in the Ubuntu setup, we were able to use a directive (use_dhcp_assigned_default_route) to configure Ubuntu to send outbound traffic via its bridged interface. Unfortunately, that directive didn’t work for our FreeBSD VM. So we used a script to set the default route, but the script is not executed when FreeBSD VM is rebooted, and the FreeBSD VM will revert to using the NAT interface instead of the bridged interface, which means we will no longer be able to distinguish the FreeBSD NTP traffic from the OS X host’s NTP traffic.

The workaround is to never reboot the FreeBSD VM. Instead, we use vagrant up and vagrant destroy when we need to bring up or shut down the FreeBSD VM. We incur a penalty in that it takes slightly longer to boot our machine via vagrant up.

Also note that we modified the config.vm.network to use a host-only network instead of the regular NAT network. That change was necessary for the FreeBSD guest to run the required gateway_and_ntp.sh script. Virtualbox was kind enough to warn us: 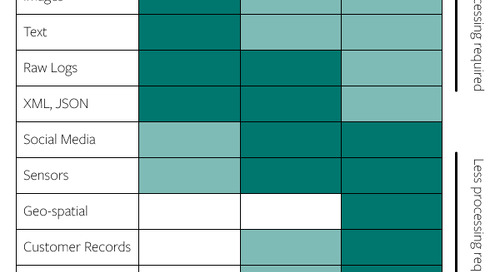 Exploratory Data Science: When To Use An MPP Database, SQL on Hadoop or Map Reduce

The members of the Pivotal Data Labs team are often asked what tools and platforms we use to analyze large ... 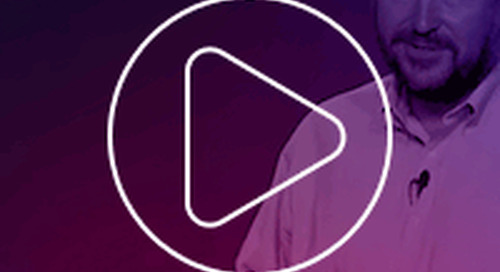 In this post, we highlight the video where Pivotal CEO Paul Maritz explains how the Cloud Foundry community...