What Brown M&M's Taught me about Software

I had no clue how we were going to afford Branford Marsalis.

I’m not sure who was the instigator, but there was consensus. The Contemporary Concerts team wanted Athens, Georgia, home to an R.E.M.- and/or NCAA- Division-I-football-crazed University of Georgia campus, to host the Sting side-man and New Orleans Jazz scion to perform. I had been on Concerts since I was a freshman and was wrapping up my leadership year. Branford was a good way to go out: famous, interesting, diverse.

The booking agent had just quoted a larger fee than expected. I had not negotiated the finances of a show before. This skill was in the job description but rarely came up. Students’ wallets only open so far. I was stumped.

This all came rushing back when Google announced that their traditional methods of recruiting and interviewing new college graduates were not predictive of success. They see the academic computer science environment as being very different than the corporate software environment. It wasn’t much of a surprise to me. Submitting a class project is not the same as shipping production code. The job of a software engineer is to design, develop and ship while working on project teams with other people, high stress and big consequences. Said another way, the real world isn’t in a computer lab.

But I didn’t spend my entire college career in the computer labs on UGA’s South Campus. I was one of the few geeks who ventured to the middle of campus and got involved with the University Union. I “worked” with mostly North Campus majors – Journalism, English and Philosophy – at the Tate Student Center, booking movies, concerts and lectures on campus. There were very few terminals, algorithms or compilers around.

Computers were starting to proliferate around campus – I spent plenty of time teaching MS Word shortcuts, recovering deleted files, and solving PC LOAD LETTERs. But aside from one concert where I was able to re-program Dee-Lite’s lighting system – I was the only person who could count in binary and knew how to flip some barely-accessible dip switches – my CS knowledge didn’t get much use around the Tate Center.

I started as a freshman moving speakers and taking tickets. I worked my way up the ranks, finding artists on tour, working security and buying the obscure things that were buried on contract riders. By my last year I was managing the sound and light crew and finding runners, who had approval to drive from the University motor pool, to pick up food for 40 people so we ate before show time.

There are similarities between producing a concert and shipping software. Each is a large project that involves a lot of moving parts: complex dependent subsystems, opaque politics, resource budgets, and vocal customers. I spent time coordinating multiple service vendors, student teams, and a musical artist. I managed budgets, ran marketing campaigns, and represented student interests to the school administration. I learned to be ready for anything – to stop, assess and find simple, effective solutions that achieve some manner of consensus.

I effectively double majored in Computer Science and Project Execution. My “classes” at the University Union provided a lot of practical experience that gave me a leg up that first day after graduation. I was ready when my project was canceled and we had to figure out how to document everything and close it down. I was unsurprised when I was asked to be on a plane in 4 hours to courier hardware to a business partner in Tokyo. I adapted each time I was laid off with little (or poor) explanation.

So what’s the big deal about a little negotiation?

“I’m not sure we can afford this show after all. Our venue only seats 800 and at that ticket price I’d have a student revolt. Can you come down on the fee at all? Is there another way to make this happen? The team really wants some jazz on campus.” It was worth a shot – you don’t get answers if you don’t ask questions.

“Hang on…can we move to Saturday? That gives the guys a day off after your show and that means we can do two sets for you at the same price.”

I checked our schedule. The venue was open on the newly proposed day. It moved to a weekend which meant a nearly certain sell-out. And at half the ticket price with double the attendance. Everybody wins.

I probably responded with something like, “That totally works. FedEx me the contract.” 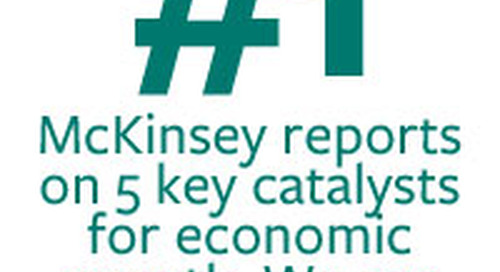 McKinsey on Big Data Analytics: The #1 Key to US Economic Growth?

Out of 100s of ideas, McKinsey believes big data analytics is one of the 5 top catalysts that can increase ... 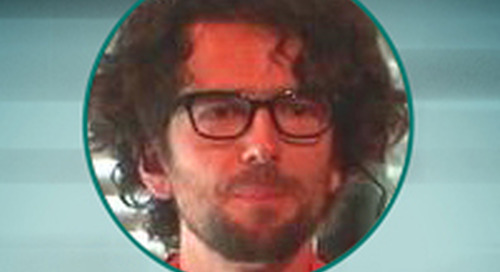 This week, we are excited to have the opportunity for Q&A with Salvatore Sanfilippo, founder of Redis, the ...