With these new features, VMware PKS 1.3 delivers a production-grade, enterprise-ready Kubernetes solution that offers expanded IaaS support, enhanced network and security functionality, and more efficient cluster management and operations. In addition, with the inclusion of Kubernetes 1.12, VMware PKS 1.3 brings an array of the latest stable Kubernetes features to developers.

VMware PKS enables self-service provisioning of Kubernetes across multiple clouds with a common user interface. It also optimizes the Kubernetes clusters for the IaaS they are provisioned into – making workloads and operational tasks portable on any supported cloud while enabling enterprises with operational efficiencies around provisioning and day-2 operations.

Greater Flexibility and Configurability for Networking and Security

In the previous VMware PKS release (1.2), we introduced a new network profile feature to configure networking and security parameters. For example, you could specify the size of the load balancer for a given Kubernetes cluster. With the 1.3 release, we have expanded the number of networking parameters that can be customized when creating a Kubernetes cluster, providing greater flexibility and configurability.

Improved Traceability and Visibility with Routable CIDRs for Pods

Routable IP addresses assigned to pods provide traceability of workloads making egress requests. In addition, routable IP addresses provide direct ingress access to pods for certain specialized workloads. With VMware PKS 1.3, at the time of Kubernetes cluster creation, you can specify whether you need the pods to be routable or non-routable (NAT’ed) by using the network profile feature. In addition, you can also specify the range of blocks that needs to be used for the IP addresses of the pods. To learn more about this feature, check out this blog post.

being created within a cluster.

With this new release, multiple instances of VMware PKS can be deployed on a single shared NSX-T instance. Each instance of the VMware PKS control plane can be deployed on a dedicated NSX-T Tier 0 router to provide complete end-to-end isolation. With this feature, users can dedicate separate VMware PKS instances to their development, staging, and production environments, respectively. This isolation lets you choose to, for example, upgrade your development environment to assess the impact on workloads before upgrading your staging or production environment.

Backup and Recovery of Kubernetes Clusters

Preventing downtime to running workloads is key to operating Kubernetes in production.  Upgrades can sometimes have unintended effects on production clusters. PKS 1.3 introduces an optional set of Kubernetes cluster tests – known as smoke tests – to prevent unintended downtime due to cluster upgrades. Smoke tests let you assess the impact of an upgrade before actually upgrading running clusters.

The smoke tests create an ephemeral Kubernetes cluster after each upgrade of VMware PKS, but before applying upgrades to running Kubernetes clusters. This ensures that a test cluster can be provisioned and basic Kubernetes functionality validated with the upgraded software before applying the upgrade to the running clusters. Upon successful completion of the smoke test, the test cluster is deprovisioned to reduce resource consumption, and upgrades then proceed on the running clusters.

Support for Kubernetes 1.12 and Other New Features

VMware PKS 1.3 supports Kubernetes 1.12 with the best and latest stable Kubernetes features. As an inherent part of the development flow of VMware PKS, we validate Kubernetes for enterprise readiness by confirming that it has fully passed all Cloud Native Computing Foundation (CNCF) Kubernetes conformance tests. The conformance testing is designed to ensure workload compatibility and portability.

VMware PKS 1.3 clusters can also share volumes between containers within a single pod. Scenarios such as creating an application that accesses a database while another reads database metrics are now possible. Mount propagation in Kubernetes 1.12 allows similar private, rshared, and rslave Linux primitives between containers.

In addition to the above features, VMware PKS 1.3 lets you deploy NSX-T and other IaaS control plane elements such as VMware vCenter behind an authenticated HTTP proxy, thereby restricting access to the IaaS control plane to improve your security posture.

To learn more about VMware PKS, check our website: https://cloud.vmware.com/vmware-pks

Narayan Mandaleeka is Senior Product Line Manager for VMware PKS at VMware’s Cloud Native Business Unit. Narayan primarily manages the VMware PKS roadmap and its integration with VMware NSX-T. Prior to this role, Narayan was a Group product line manager for vRealize Suite of products and VMware Cloud Services. Prior to joining VMware, Narayan held different positions at HP. While there, he was the lead product manager for Cloud Service Automation, a system architect, and an engineering manager at HP Software. 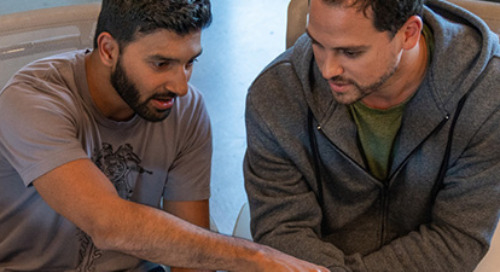 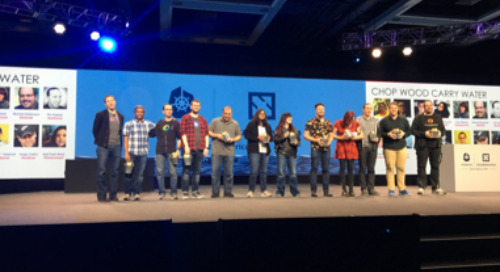 It was a very proud moment last night for the cloud native community as the Cloud Native Computing Foundati...