We interviewed our users and received positive feedback. I’m a little worried though because the comments are about the tool rather than the output.

One of the challenges of design is discovering the underlying needs of users. Luckily, many techniques exist for cutting through pain points, wishes, and solutions to identify the core needs. These techniques are no small investment that involve hours of interviews, observation, and ideation. The hope being that it will all pay-off in the end with an “innovative” or “disruptive” product.

Imagine then, after all that work, you find yourself saddled with a product receiving lackluster reviews. How could this happen? In the most recent round of testing, users were knocking tasks out left and right. The conversion funnel is healthy but retention is looking dismal. The design process leads to a product with excellent usability – that’s great! Usability is necessary for a quality product but it isn’t sufficient without the associated utility.

When a team with a mature design process runs into problems it may be because of 3rd Order Influencers and Opaque Incentives.

Users have a network of people they interact with regularly such as friends or a boss. Each of those people/groups will in turn have a network of their own. This outer ring, a.k.a. 3rd Order Influencers, indirectly play a part in your user’s behaviors and attitudes in the same way information is passed along in a game of telephone. In fact, a quote from the movie The Devil Wears Prada frames the problem well from a fashion perspective (if you are into that sorta thing).

For example: A user prefers to login with Google because they recently started using Hangouts with their friend. What you don’t know is that the friend’s workplace just switched over to Google for Work which is what ultimately inspired the user’s preference. Who are your user’s influencers?

Of course, getting a clear picture of all the people in a network is difficult. This comes as no surprise given teams don’t have infinite resources of time and energy. Not only that, fringe influencers are typically not a problem because of the Pareto Principle. With effective targeting, interviews of a few users often reflect needs of the many. While conducting these investigations there are a few red flags to look out for that might indicate unseen factors at work:

There are a few techniques that can help to combat the blind spot of 3rd Order Influencers including the Five Whys and Network Diagrams. These will help the team to dig out of a narrow user focus and step back to a user centered perspective.

Another landmine in product design comes from the underlying incentives that influence users. The excellent talk on Motivation by Dan Pink offers autonomy, mastery, and purpose as important incentives that inspire employee performance. In my experience at Pivotal Labs, I’ve found that understanding incentives is particularly important in the context of internal tools and B2B products.

We discovered that design was being driven by the department with funding and not the end users.

On one project, there was an internal tool that presented form after form for entering various data. After talking to users we were astonished to find out that the information wasn’t useful for doing their job. Why then was there so much emphasis on irrelevant data? The answer was that the funding came from a different department. As a result, the ones who controlled the budget had a greater influence on features than the actual users! Talking to the users revealed features for a useful tool while understanding incentives helped navigate the organizational structure. Splitting the budget for the tool amongst the related departments (organization design!) would help create a sustainable product roadmap.

What is the business motivation?
Image by: opensource.com

Understanding incentives is difficult as it occurs at the intersection between psychology and finance. A neglected marketing system suddenly gets a lot of love because a board member read an article about digital advertising and chided the CEO for not having modern capabilities. Modularity is prized over speed by an engineering manager because the company is looking to be acquired and easy integration will make them a more attractive target. One technique to extract these incentives is to follow the money by asking “who pays?” and “who benefits?” Another option is to provide users with a safe place, such as a social event, to help unravel complex internal politics.

In the case of our client, we identified the metrics for promotion (which were based on business goals) and surfaced them in a prominent way on the landing page for the new tool. This created a virtuous cycle: users cared about using the tool to improve their performance → this resulted in information being kept up to date → the data benefited other departments → which in-turn lead to investment in features that helped users to do their job.

Three pillars of a good product are usability, utility, and appeal. If you find your product to be underperforming in utility, think hard about the outside influencers affecting users. Remember to be user focused and not user driven in order to capture the whole picture. If you keep these ideas in mind you may find yourself pivoting design to a persona that’s actually making the decisions behind the curtain… 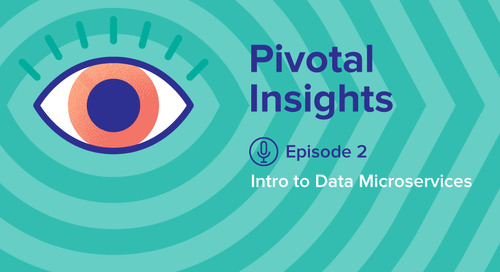 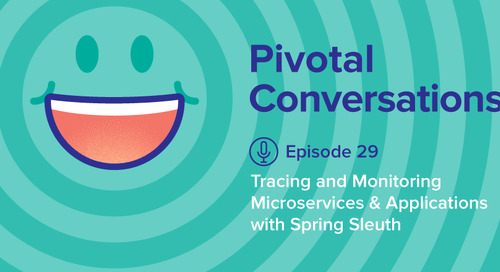 Tracking and Monitoring Microservices and Applications with Spring Sleuth (Ep. 29)

While at SpringOne Platform 2016 I, Pivotal Conversations host Coté talks with Marcin Grzejszczak about on...