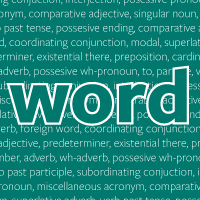 In the previous blog post, we gave an overview of text analytics and natural language processing (NLP) in the era of Big Data. We saw how NLP holds one key to unlocking the business value buried in unstructured text, a gold mine that many companies have yet to tap into.

In this two-part blog, we will show how open source tools can run on the Pivotal technology stack for part-of-speech (POS) tagging at massive scale.

In part one, we will introduce part-of-speech tagging, explain its value, understand the challenges with using it, and show how Pivotal’s MPP-oriented big data platform works with this type of workload, using open source projects, SQL user defined functions, and procedural languages like PL/Java, PL/Python and PL/R.

As well, we open-sourced the code, and it can run on PostgreSQL as well as Pivotal’s massively parallel processing (MPP) engines. This includes Greenplum DB analytic data warehouses and Pivotal HD (part of the Pivotal Big Data Suite) with HAWQ, the highest performing SQL query engine for Apache Hadoop®.

At Pivotal Data Labs, we’ve worked with a variety of semi-structured data sources, like Tweets, to solve data science problems for our customers. We have also built many demos to showcase the capabilities of Pivotal’s Big Data Suite.

What we find is that companies today are monitoring social media to improve sales, marketing, and customer service, including the evaluation of brand perception. Are people happy with our products? What do they not like about our product? How can we improve our service and offerings? Was our recent product launch/marketing conference well received by our partners and customers? How do customers view our competitors? These are questions that sales, marketing, and service departments in many companies are interested in.

There are several pitfalls in this approach, and one key problem is the absence of context. Our simple dictionary look-up algorithm would do better if it incorporated context. For example, a Kansas farmer tweeting about “strong winds in his fields” might signify negative sentiment for his wheat crop. At the same time, a trader tweeting about “strong yield prospects for wheat based on USDA crop production report for August” would signify a positive sentiment. While the token ‘strong’ is an adjective in both instances, the tokens ‘wind’ and ‘yield’ provide important, contextual information as the noun associated with the adjective. Without the context provided by these nouns, our simple sentiment scoring algorithm would regard both tweets as expressing positive sentiment.

To incorporate such contextual information into our simple sentiment scoring algorithm, we first need to extract phrases from the tweets. We can then count the number of tweets in which each phrase occurred as a very strong, positive adjective like “excellent” and the number of occurrences with a very strong negative adjective like “poor.” Using these two counts, we can come-up with a sentiment score for the extracted phrase, and ‘strong winds’ is likely to have a negative score while ‘strong yield’ is likely to have a positive score.

The extraction of such adjectives along with their context is the building block of a seminal paper on sentiment analysis by Peter Turney. The task that helps us extract these contextual phrases is a well-studied problem in natural language processing (NLP) called parts-of-speech (POS) tagging. POS tagging of raw text is a fundamental building block of many NLP pipelines such as word-sense disambiguation, question answering and sentiment analysis. In its simplest form, given a sentence, POS tagging is the task of identifying nouns, verbs, adjectives, adverbs, and more. In practice, many NLP tasks use a much richer tagset for part-of-speech, the Penn Treebank corpus for instance, has a tagset of 36 POS tags.

One of the key challenges in POS tagging is the tokenization of sentences. Tokenization is the process of breaking a sentence into words. While one might think this is pretty straightforward for a language such as English, where words are usually separated by whitespaces, this is not always true, especially with tweets. For instance, consider the following sentence:

A correct tokenization of this sentence is as follows:

Notice how “San Francisco” is a single token although the words “San” and “Francisco” are whitespace separated. Also notice how the token “SF” is combined with the token “Giants” to form a single token “SF Giants.” Notice also how tokenizing the “aren’t” into “are” and “n’t” makes more intuitive sense than tokenizing it into “aren” and “‘t”. This is further complicated in languages like Chinese, Japanese, and Korean where, in the standard form, there is no space separation between words.

Another key challenge for POS tagging is the ambiguity in natural language. Many words in English, for instance, can be associated with multiple parts-of-speech, and it is important to understand the context for proper POS tagging. For example, consider the following sentences:

The part-of-speech annotation in the above sentences are as follows:

In the first sentence, the word like is tagged as VBP (verb non-third person, singular, present tense) while the second sentence, it is tagged as IN (preposition). On the average, an English language word has at least two POS tags associated with it. This ambiguity makes the task quite challenging.

For a well-structured corpora, such as a New York Times article or a news item from the Wall Street Journal, POS tagging is considered a solved problem. The accuracy of state of the art POS taggers is close to human level. However, achieving human-level accuracy for POS tagging is much harder with conversational text such as Twitter or SMS texts. This is because there is no strict adherence to grammar or syntax in conversational texts, and the 140 character limit of Twitter has made posters quite inventive—condensing more information into fewer characters.

For example, consider the following example of what could be an actual tweet:

The tweet is more textese than English—a mixture of abbreviations, slangs, at mentions, hashtags, and emoticons. Standard lexical, orthographic and syntactic rules don’t reflect in many tweets such as the one above. So, models based on these assumptions would perform poorly. We need a specialized POS tagger for Twitter that can account for such irregularities in Tweets and give a reasonably high tagging accuracy.

Instead of engineering a POS tagger for Twitter on our own, we decided to tap into ArkTweetNLP, an open source implementation by Professor Noah Smith’s group at the Carnegie Mellon University. ArkTweetNLP reports 93% tagging accuracy for Twitter, using a simplified tagset more suited to conversational texts. We strongly recommend reading their NAACL-2013 paper for details about their algorithm and their model.

In addition to the high level of tagging accuracy on Twitter data, ArkTweetNLP also provides tokenized output of tweets. The software is written in Java and exported as a jar file, making it particularly attractive—it can easily be adapted to run on the Pivotal Big Data Suite (which includes the Pivotal Greenplum Database and Pivotal HD with HAWQ) through PL/Java.

The Pivotal MPP platform supports procedural languages such as PL/Python, PL/R, PL/C, PL/Perl and PL/Java. For data parallel tasks, this enables us to quickly wrap any open source package implemented in Python, R, C, Perl, or Java into user defined functions (UDFs) within SQL. By doing so, one can achieve scalability by simply piggybacking on the MPP architecture of Pivotal Greenplum and HAWQ.

POS tagging is a data parallel task where the POS tagging of one tweet is independent of another, allowing for simultaneously tagging of multiple tweets. For instance, a corpus of hundreds of millions of tweets can be stored as a distributed table in Pivotal Greenplum or Pivotal HD. Each segment shown below has its own non-overlapping chunks of the larger table, and each such segment can perform POS tagging in parallel on the data resident in its own disks. 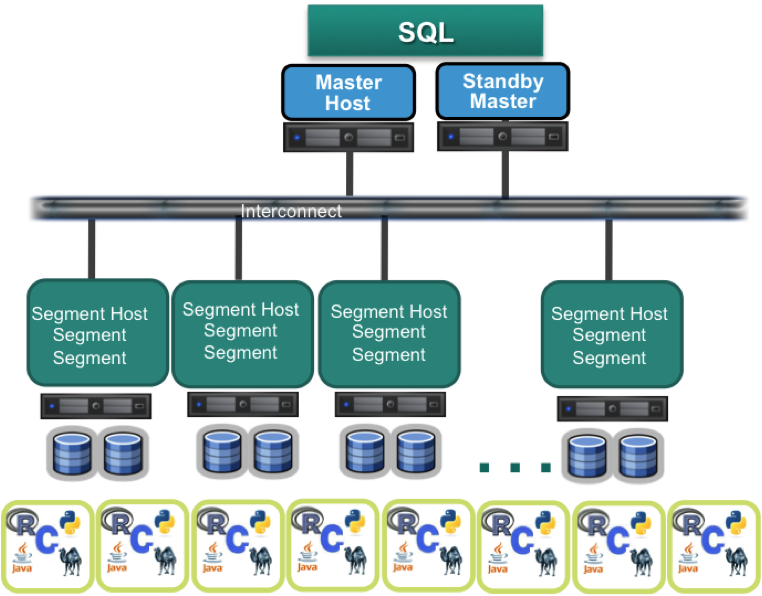 The procedural languages, such as R, Python, or Java, are loaded as dynamic libraries into the Greenplum/HAWQ process running on the segment. Thus, there is very little overhead involved in invoking user defined functions within SQL, most of which is in the conversion of SQL data types to and from the native language types. In essence, this means that the MPP system can spawn off N instances of Python/R/Java in parallel, all managed by GPDB. We only need to take care of distributing the data across all segments to achieve maximum performance through parallelization.

Here is how a UDF looks:

This function accepts two integers as input and returns the maximum of the two as output. The code enclosed within ‘$$ – $$’ is in the syntax of the procedural language, which could be Python, R, Perl, SQL or Java. With little effort, this enables us to utilize the vast array of libraries available in these programming languages and wrap them into procedural code that can be invoked through SQL.

To summarize, we introduced the task of part-of-speech tagging, established why it is of interest to us and gave a sense of challenges involved in making it work on conversation texts such as Twitter. We also introduced Pivotal’s MPP platform and how User Defined Functions through procedural languages like PL/Java, PL/Python and PL/R are well suited to tackle data parallel problems at scale, such as POS tagging. In the next post we will dive deep into PL/Java UDFs and write our wrapper on ArkTweetNLP to perform POS tagging at scale. 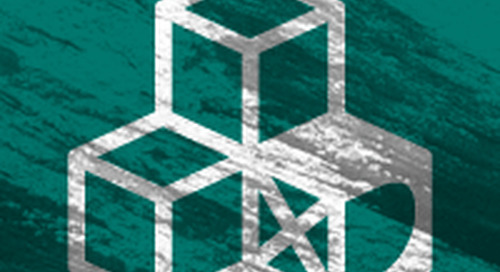 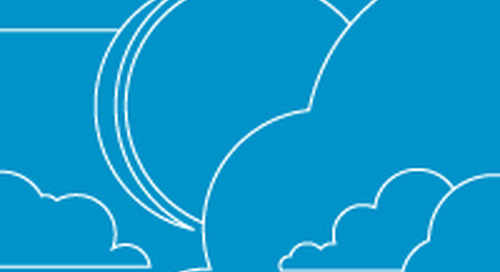