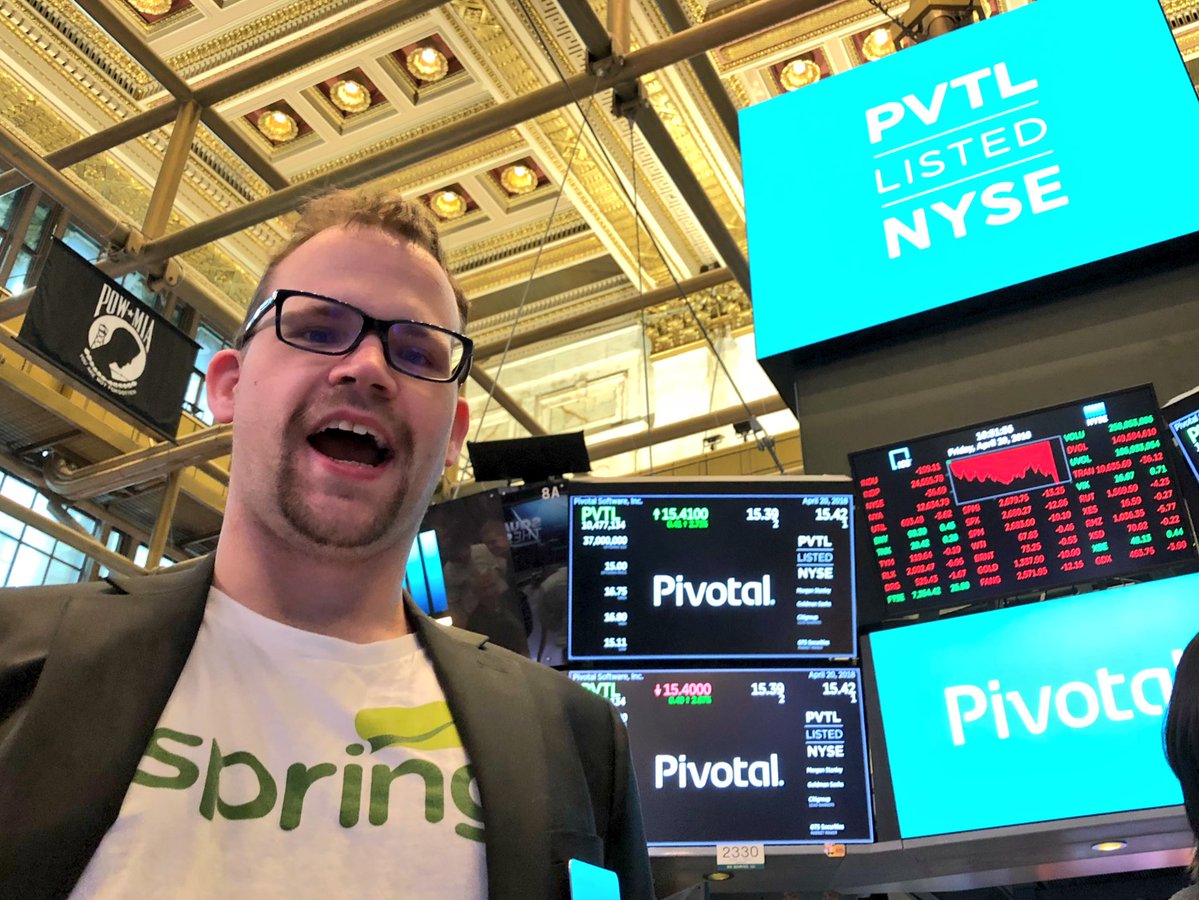 Hi Spring fans! Welcome back to another installment of This Month in Spring! This last month has been nuts - crazier than a sac 'o cats!

First of all, we IPO'd. That's kind of awesome. Shortly after that, we at Pivotal celebrated our 5th birthday! as a startup - happy birthday to us!

Your humble correspondent has hit the road! I started in Paris, FR and then hit New York City, NY (for the big NYSE bell ringing ceremony!); Mainz, Germany; Linz and Vienna, Austria; Melbourne, Australia (where I am now, but only after a 12 hour layover in Bangkok, Thailand); Manchester and London, UK; Denver, CO; Kyiv, Ukraine; Dublin and Belfast, Ireland; Barcelona, Spain; and then finally Singapore. That's it, for now, then I fly back home to San Francisco early in June, 2018. For the details on where and what, check out this blog post. In all of that I'll have presented with the first two founders of Spring, Rod Johnson and Juergen Hoeller, albeit in different places.

During this time I also put out the first four installments of the first season of Spring Tips videos in 2018, starting with videos on the new Kafka Streams binder for Spring Cloud Stream, Redis, the reactive Cloud Foundry Java client, and Spring Statemachine

And, of course, the Pivotal and Spring ecosystems have been moving a mile a minute so without further ado, here's what you missed in the last month if you blinked.

Saving money is so in these days—and so is SpringOne Platform. Discounted registration and reduced training prices for the latter end on August 1, 2018 at 11:59 p.m. (PDT). Register now—before it's too late!—and save $200. 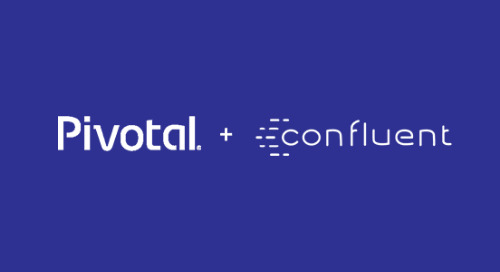 Operationalizing Apache Kafka on Kubernetes: Pivotal and Confluent Team Up

Pivotal is teaming up with Confluent to make Pivotal Container Service (PKS) the best place to run the Conf... 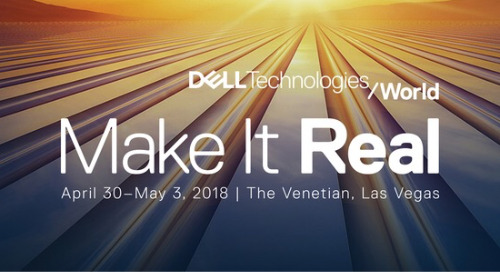 At Dell Tech World this Week? Don’t Miss These 7 Talks

A few Pivotal-centric talks you won't want to miss at Dell Tech World 2018.