Hi Spring fans and welcome to another action-packed installment of This Month in Spring! And what a month it's been! Your humble host has been around the globe and back in search of the perfect post and the perfect audience for that post. It seems like, on every day and in every way the posts only get better and better! These are the best kinds of problems!

In between post perusing and content collecting, I have continued my journeys to the ever-awesome, ever-enthusiastic, ever-amenable, ever-appreciative, and ever-inspiring audiences of Springdom.

A lot has happened since we last talked. I visited Manchester, UK, for an appearance at the Manchester JUG, before heading to London for customer visits and the epic Devoxx UK event. Then it was off to Denver, CO, for the SpringOne Tour event. I've also been to beautiful Kiev, Ukraine, to present at the epic JEEConf; Dublin, Ireland, and Belfast, Northern Ireland, to meet with a few amazing Pivotal customers (like Liberty), and bella Barcelona, Spain, for the Spring I/O conference.

After a restive 48 hours in San Francisco, I travelled to sunny St. Louis, MO, for the epic Spring One Tour St. Louis event, before setting course to Singapore for the Voxxed Singapore event. Next, I'll be in New York for the Spring One Tour NYC event; the Netherlands for customer visits; London for the SpringOne Tour London event; Paris, France, for the JHipster 5 Conference; Krakow, Poland, for Devoxx PL; São Paulo, Brazil, for Spring Connect; Egypt for more customer visits; and then it'll be July.

If you're in any of theses regions (or anywhere, really): reach out! I'd love to hear from or see you!

As you might imagine, given that Spring time is well underway in the northern hemisphere, we've got a lot of great stuff to cover so let's get to it! 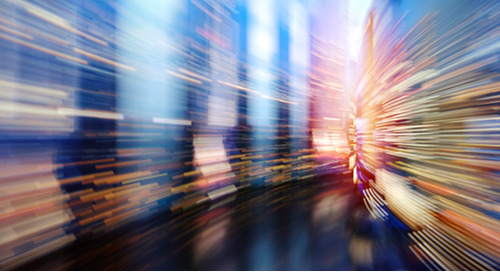 Use Automation to Streamline the Data Science QA Process

This post illustrates a way to mix automation with interactivity to reduce the manual steps in data science...