The Whys And Hows: “Platform Switch” For Enterprise Java Apps

Enterprises today are keenly focused on digital transformation—powering new customer experiences through software. The key word for the enterprise here is “transformation”, as enterprises have systems already powering their business. In order to modernize them, enterprises must embrace a “Platform Switch.”

Platform Switch is the evolution of the Application Development stack from Java EE + Application Servers (WebLogic/WebSphere/JBoss) to Spring Boot + best-of-breed open source application services (like NetflixOSS) deployed on a modern cloud native platform. It’s about using technology that is purpose-built for cloud architecture and scale.

“We have Cloud Foundry and we have the Spring Cloud, Spring Boot stuff, and it’s just there. And if you’re doing Java, there really isn’t anything else out there that’s got this level of support. That’s just going to give you all of this stuff … you don’t need to go build it yourself anymore. You need to build on top of it. You need to build something interesting that is your product that’s going to be the next generation thing that adds your business value.

…
Let’s just do Spring Boot on Cloud Foundry and use a bunch of those Netflix projects that got bundled into it, and move on to the discussion. It’s scaffolding.“

Note that while we’ll be talking all about enterprise Java apps in this article, these principles apply to enterprise .NET apps as well! Refer to this article for a great example of .NET refactoring considerations.

What About Operational Risk And Cost?

When one brings up replatforming of existing enterprise apps, a natural response is, “What about risk? These enterprise apps pay the bills around here (and my mortgage).”

For example, their SOA backbone (“Enterprise Services Platform”), is being replatformed off Oracle middleware onto Pivotal Cloud Foundry. This is the largest middleware application I’ve personally ever worked with during my days at Oracle; it handles about 250 Million business critical transactions/day! Here is their summary of the benefits they’ve obtained from their replatforming effort:

Another of their core apps is SPARROW, their “service activation” platform. Here are some of the KPIs they have been tracking, to quantify the outcome of the replatform effort:

As you can see, there were tangible improvements across every KPI! Beyond these numbers, there have been multiple instances where the Comcast teams were able to diagnose and deploy bug fixes into production in hours, where it would have taken them days with the older platform.

For more on their story, I strongly recommend you take some time and review the Comcast experience videos. Nick Beenham describes the cultural changes they underwent and I especially like Chris Tretina’s description of their multi-year transformation journey. Of course, the SpringOne Platform video playlist is full of lots of other stories from top brands such as Home Depot and Dreamworks.

Where Is Java EE Headed?

It is logical to examine the future direction of your existing stack before you consider an alternative.

As this article in The Register details, there has been a lot of churn recently around the future direction of Java EE. James Gosling (Creator of Java) and others got concerned enough to establish the Java EE Guardians community and are tracking JEE 8 progress (or lack thereof).

Independent of where Java EE is headed, it’s interesting to observe the architectural direction of JEE Servers, such as Oracle WebLogic Server (“WLS”).

This design premise is resulting in more and more state being encapsulated in each WLS instance via Multi-tenant Partitions. One may choose to agree or disagree with this approach, and I have no doubt my old friends on the WLS team have solid reasons to go down this road.

But there’s no denying this is the opposite direction of where the overall industry is headed—ephemeral lightweight stateless single-process container instances with externalized state. That is, replaceable, scalable processes. Conversely, WLS seems to be doubling down on the “pets” pattern whereas the industry is increasing adopting the “cattle” pattern—meaning, pets are given all the care and feeding they need when they are sick, but cattle is simply replaceable. In an age where infrastructure is a service, there is no longer a need to spend any cycles on infrastructure.

Over time however, it’s scope is getting conflated into areas beyond its original focus.

Case in point: I am seeing customers consider putting their JEE Servers into Docker images, typically as part of CI/CD pipelines.

My concern with this approach is we are taking “pets” and stuffing them into “cattle cars”. JEE Servers are designed such that each instance has its own distinct identity—“Server Name”, “Listen Address”, what “Cluster”/’Domain”/”Cell” it belongs to, what applications are deployed to it, etc. Just stuffing them into a Docker image doesn’t turn them into cattle and somehow make these servers behave in a cloud native way!

I would assert you are actually increasing your deployment complexity as you have to now rationalize the two methodologies (pets vs. cattle). For example, you now need to make sure your Docker networking is configured such that WLS Cluster members can talk to each other. And if a particular WLS instances crashes, you can’t treat it like cattle and forget about it—there is unique state associated with that particular WLS instance (JTA transaction logs and JMS Persistent Messages) that needs to be recovered. Yes, you can theoretically migrate JMS and JTA Services off to other WLS instances, but I highly recommend you talk to someone who has ever attempted to operationalize that!

The table below lists the most common operations and development tasks when building a Java EE app. Look at it and ask yourself, which of these are any easier with the “Put JEE Server in Docker” approach?

My recommendation would be to take some time and ask the hard questions around what problems are you actually solving by going down this (“Put JEE Server in Docker”) approach.

OK, So How Do I Proceed?

You must be wondering how would you actually proceed with this replatforming? If you have a large number of Java EE apps across multiple LOBs, where does one even start?

Going a bit deeper into the technical details, if you look at Java EE apps built over the last 15-20 years, they have tended to follow some general design and adoption patterns:

Lastly, I would highly recommend these sources of information:

How Can Pivotal Help?

Pivotal offers “Application Replatforming Services” to quickly identify and transition apps to Pivotal Cloud Foundry with minimal refactoring. Spanning a typical duration of 10 weeks, the service deliverables include reviewing apps for replatform suitability, migrating the apps, performing testing and verification, and operationalizing them.

We are also working closely with our SI partners to cross-pollinate our respective approaches and offering joint solutions.
Please contact us or your local Pivotal team for more details. 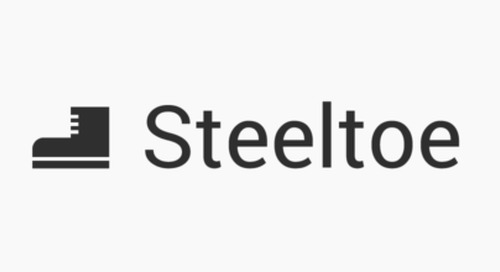 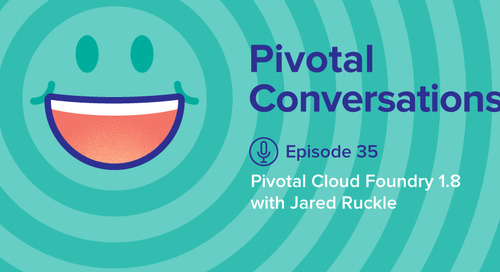 This week, we talk with Jared Ruckle about the new Pivotal Cloud Foundry 1.8 release, delving into securi...