The What and the Why of the Cluster API

Throughout the evolution of software tools there exists a tension between generalization and partial specialization. A tool’s broader adoption is a form of natural selection, where its evolution is predicated on filling a given need, or role, better than its competition. This premise is imbued in the central tenets of Unix philosophy: 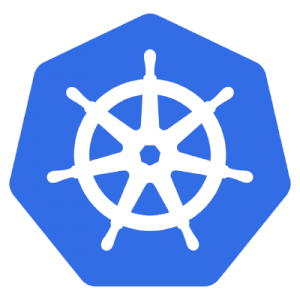 The domain of configuration management tooling is rife with examples of not heeding this lesson (i.e. Terraform, Puppet, Chef, Ansible, Juju, Saltstack, etc), where expanse in generality has given way to partial specialization of different tools, causing fragmentation of an ecosystem. This pattern has not gone unnoticed by those in the Kubernetes cluster lifecycle special interest group, or SIG, whose objective is to simplify the creation, configuration, upgrade, downgrade, and teardown of Kubernetes clusters and their components. Therefore, one of the primary design principles for any subproject that the SIG endorses is: Where possible, tools should be composable to solve a higher order set of problems.

In this post, we will outline the history and motivations behind the creation of the Cluster API as a specialized toolset to bring declarative, Kubernetes-style APIs to cluster creation, configuration, and management in the Kubernetes ecosystem. The primary function of Cluster API is not meant to supplant existing tools, but to serve as a partial specialization that can be used in a composable fashion with those tools.

Early in the evolution of the Kubernetes project, there was a desire for configurability, as different environments had varying constraints. This flexibility gave way to a myriad of assertions, and opinions, that initially fragmented the community around installation paths. However, it was clear to the community that there were a set of common overlapping concerns, or a lowest common denominator. In order to address these specific concerns, kubeadm was born as a composable bootstrapping tool for Kubernetes clusters.

Kubeadm was designed to be a focused tool used to bootstrap a best-practices Kubernetes cluster. The core tenet behind kubeadm was for it to become a tool that could be leveraged by other installers. Everything outside of basic control plane bootstrapping was considered out of scope for kubeadm. Approaching the problem in this manner provides the community with a highly leveraged tool that alleviates the amount of configuration that installers need to maintain.

Kubeadm has received a large amount of uptake from the community and has become the central bootstrapping tool for a number of other applications, including Kubespray, Minikube, kind, etc. Where kubeadm’s functionality ends, however, a new set of problems begins.

Kubeadm provided only one tool required to bootstrap a control plane, but there are a set of other questions that still exist, for example:

The Cluster API is a Kubernetes project to bring declarative, Kubernetes-style APIs to cluster creation, configuration, and management. It provides optional, additive functionality on top of core Kubernetes. By making use of the structured nature of Kubernetes APIs, it is possible to build higher-level cloud agnostic tools that improve user experience by allowing for greater ease of use and more sophisticated automation.

Kubernetes has a common set of APIs (see the Kubernetes API Conventions) to orchestrate containers regardless of deployment mechanism or cloud provider. Kubernetes also has APIs for handling some infrastructure, like load balancers, ingress rules, or persistent volumes, but not for creating new machines. As a result, the various deployment mechanisms to manage Kubernetes clusters each have unique APIs and implementations for how to handle lifecycle events like cluster creation or deletion, master upgrades, and node upgrades. Additionally, the cluster autoscaler is responsible not only for determining when the cluster should be scaled, but also for adding capacity to the cluster by interacting directly with the cloud provider to perform the scaling. When another component needs to create or destroy virtual machines, like the node auto-provisioner, it would similarly need to reimplement the logic for interacting with the supported cloud providers (or reuse the same code to prevent duplication).

We are planning an initial v1alpha1 release of Cluster API near the end of March 2019. This will be our first release, and fully expect there to be several iterations before we find a solution that the community is happy with. That said, the community is vibrant and growing, and for those who are interested in cluster management, there are ample opportunities to engage with the community. Come join our mailing lists and Slack channels for more information. 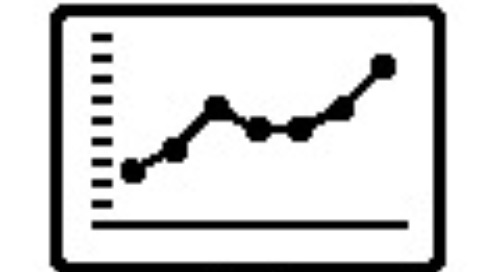 Getting Started with Application Monitoring with Prometheus on VMware Enterprise PKS

The open-source community is converging on Prometheus as the preferred solution to address challenges assoc... 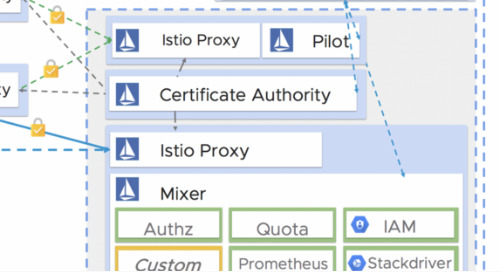 This blog showcases how an Istio service mesh can be created and integrated easily with Kubernetes clusters...