The Return of Hollywood’s Golden Age?

Remember when there was an abundance of creativity in Hollywood? From 1976 to 1989, there was a plethora of original content, generational consistency and downright magic coming from the best Hollywood writers. It was a Golden Age of film innovation – Star Wars, Indiana Jones, Rocky, Taxi Driver, Alien, Back to the Future, Raging Bull, Network, E.T., The Deer Hunter and Annie Hall: all of these were dreams and visions that originated in Hollywood. Entities like Lucasfilm, Pixar, and THX drove innovation with their efforts.

Fast-forward to today, where Hollywood is ripe with remakes, mashups, and sequels; the industry is suffering from an antipathy to creativity that has left it stuck piggybacking off of popular novelists and comic books for content ideas.

Harry Potter, Twilight, the Avengers, Transformers, and Jurassic Park have been some of the biggest films in the last 20 years. Hollywood didn’t create any of these; it only capitalized on existing stories. Since 1989, there have been seven Batman movies, Superman keeps being re-made, and Spiderman keeps getting stuck in his web.

Nowadays, Hollywood puts more thought into promoting the content than into the content itself. But there may be a new muse to re-inspire how film is made today, as long as Hollywood can believe in content once again and deprioritize advertising.

The media industry is waking up to the term “second screen” – where smartphone users consume content on their mobile devices in addition to viewing it on a TV or in a theatre. Second screen technology is on the cusp of becoming a part of consumer culture. More interestingly, it’s also on the verge of re-defining it for both content owners and advertisers.

There’s no denying the growing popularity of the second screen movement. According to research firm Nielsen, eighty five percent of mobile users are on their device while watching TV. Miley Cyrus’ twerking incident at the VMAs spawned 300,000 tweets per minute. Americans spend an average of 127 minutes per day in apps on their phones (up 35% from 94 minutes spent per day in December 2011). The constantly hungry, adaptive, and forward-thinking advertising conglomerates recognize this. They are taking a more geo-local and increasingly intimate approach to their consumers, and have created a whole new medium that is worth billions and billions of dollars. Where does Hollywood fit in?

A Second Golden Age in Hollywood?

In order for Hollywood to make the most of second screen technology, they have to include it earlier in the production process. Instead of simply thinking about a script linearly, screenwriters need to take a more multidimensional approach.

Imagine witnessing the climax of Return of the Jedi all at once, where the action is unfolding in real time. That means while watching Han Solo lead the charge on Endor on the big screen, you can keep an eye on Lando and the Rebel Alliance star fight against the Death Star.

Alternatively, envision a thriller or horror film with second screen technology. While watching the victims obliviously pitch their tent in some secluded forest, your smartphone is showing you the perspective of their predator stalking through trees. The second screen slowly fades into darkness — leaving you no option but to sit on the edge of your seat in suspense.

This hypothetical transition to the second screen is in-line with the visions of veteran filmmakers like Steven Spielberg. According to The New York Times, Spielberg believes that movies will no longer be restricted to a screen, and will be all-encompassing, immersive, experiences. The second screen is a first step in that direction.

The opportunities are endless. Directors have a whole new mobile medium that can be a crucial part of their arsenal to better develop overall mood and character. Screenwriters will need to reconsider all the ways their content can be viewed, which could bring about the return of those enchanting, touching and straight out magical movies of the past.

Connect with Troy on LinkedIn.

TL;DR: Use the resource itself instead of a route helper when representing urls in your Rails application. ... 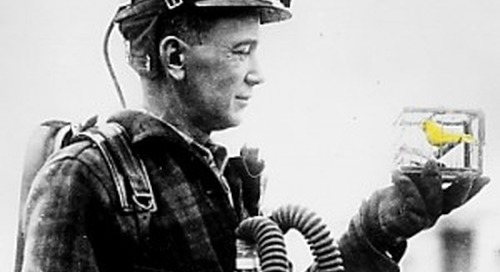 First a little background, and then a story. As Matt described here, Cloud Foundry BOSH has a great capabil...