With Platform, The Cloud Foundry Conference, SpringOne 2Gx 2013, CloudBeat 2013, and Apple’s iPhone announcement, this is shaping up to be the biggest week of the year for enterprise and consumer technology news. It’s also a big week for Pivotal, with panel discussions, keynote speeches, and technical sessions delivered at these conferences by Pivotal’s executives and engineers.

Marking the week is Pivotal’s announcement of the Spring IO Platform at the premier Java developers conference, SpringOne 2GX 2013. The Spring IO platform extends the capabilities and enhances performance of the Spring foundation, and reflects Pivotal’s vision for ongoing development of the Java framework. It offers a cohesive set of APIs and runtime modules, as well as direct execution support for applications built on the IO Foundation modules, to accelerate the development of big data, analytics, and mobile applications.

“We’ll see the development and open-source community essentially come up with Linux for the cloud,” Maritz told Marshall. He emphasized Pivotal’s commitment to Cloud Foundry, which boasts a strong developer ecosystem and support of major industry players such as IBM, VMware, and General Electric. Maritz foresees that the enterprise will go where the developers go, stating, “Developers don’t want to cut themselves off from all these other opportunities.” Due to the many options for cloud application development, the speed of innovation, and factors such as the revelations of NSA whistleblower Edward Snowden, Maritz stated that vendor lock-in will become a thing of the past. “It is going to be a multi-cloud world,” Maritz told Marshall in his closing remarks.

Maritz also delivered the closing remarks on Sunday at the inaugural Platform, the Cloud Foundry Conference, which welcomes developers for technical sessions and a glimpse at the future of the cloud platform. In an interview with Eric Knorr at InfoWorld, Maritz expanded on Pivotal’s plans for Pivotal CF, which currently runs on the vCloud Hybrid Service and Amazon Web Services, with support for many more cloud services forthcoming. Maritz described Pivotal as “A bridge to the future,” offering a unified platform capable of ingesting and analyzing the ever-increasing amount of data from mobile devices and the Internet of Things to rapidly develop cloud-based applications.

Keep up with the events and news from these events by following @gopivotal on Twitter and the hashtags #springsource and #s2gx.

Laura Klein offers a number of visual- and interaction-design tips for non-designers working to build their... 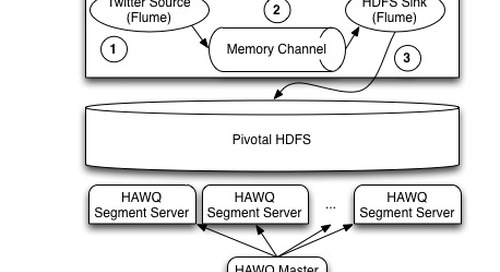 Twitter is a great way to get a general feel of public sentiment about a particular product or idea. Using ...