The Most Important Design Elements in Children’s Apps

Designing children’s apps requires a very different approach than designing a solution for adults. In children’s apps, the main user interface (UI) elements should not change across platforms. Whether it is an Android app or an iOS app, the UI should follow one major principle to suit children’s love of color, interactivity, and less refined dexterity: embellishment. In essence, elements like louder sound effects, larger buttons and icons, and more vibrant colors are better suited for children’s apps.

A well-designed app presents embellished and clear cues that children will intuitively interact with. Many of the best children’s apps use these four cues to create an engaging experience.

A cue (known technically as an “affordance“) is a quality of an object which helps users discover possible actions they can take. In children’s apps, there are four common affordances:

The Actions that are Best Suited for Children

There are three types of actions in children’s apps:

While cues are important to children, feedback to actions is equally important when designing the app. For every action, there should be a reaction that indicates whether the action was correct or incorrect. All users, especially children, need feedback to validate their actions.

Clear Types of Feedback for Children

There are three types of feedback that demonstrate to children that they’ve performed an action:

The best types of feedback fuse more than one of these elements together; for example, if a child were to tap on a flower icon, it could twirl and make a sound combining visual and audible feedback. Or, if the child completed an action incorrectly, the app could combine visual and tactile feedback by flashing the answer red and vibrating the device.

Many of the top children’s apps have a similar UI: large buttons, vibrant colors, amusing sounds, and fun animations. These apps look the same across all platforms, a strategy that works well on children’s apps because the child can easily understand these visual and sound cues. Children aren’t too concerned about navigating through platform differences; the experience of a children’s app has little to do with the actual OS. Ultimately, a consistent and clear interactive design is of higher importance, and a well-designed children’s app combines all of the elements mentioned in this post.

Connect with Sally on LinkedIn. 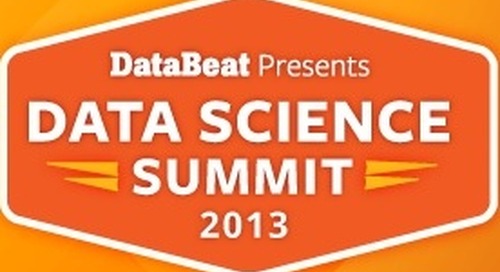 Despite the Big Data hype, data science poses some of the greatest challenges — and opportunities — before ...

Emily Stark, a core developer at Meteor, discusses some of the security conventions and tools being develop...