The Internet Of Athletes: Playing The Numbers Game & Winning

How professional athletes are using data to drive success.

Sitting on the bench with an injury, Stephen Curry watched as the Golden State Warriors lost night after night throughout most of the 2011 season. Curry seemed destined for a career of disappointment as he struggled with a series of ankle sprains.

“For me, to stay on the floor and be healthy, a lot of that is taking care of my ankles: working on the chain from the waist down, making sure my muscles are firing pretty soundly,” Curry told Men’s Fitness. “It’s not just doing ankle-strengthening exercises. It’s pretty much the whole lower-body chain that keeps everything intact, and helps me avoid ankle injuries — to plant and pivot and cut and do all that stuff.”

With guidance from the Warriors’ director of athletic performance Keke Lyles and wearable devices created by Catapult Sports, Curry was able to perfect his movement by strengthening the correct muscles. Catapult’s sensors monitor micro-movements in real time, providing trainers with instantaneous monitoring of accelerations, changes in directions, heart rates, and force applied on knees and ankles — and generates a wealth of information reducing athletes’ injury risk.

Congratulations to the Golden State @warriors on an unbelievable 2016-17 season! It's a privilege to be involved in #StrengthInNumbers

Technology has long transformed sports, but tools like those used by Curry are changing the game. Today, professional sports are using technology much like enterprise leaders: reducing costs and increasing efficiencies through testing, learning, and iterating thanks to an increasing amount of data from new digital tools. The decreasing costs of sensors, cameras, VR, and storage and analytics tools are changing the way athletes and officials train, while also saving professional sports businesses millions of dollars each year.

According to Spotrac, MLB teams paid players $1.2 billion in 2016 while they were on the disabled list. That’s one reason why teams like the Colorado Rockies and Washington Nationals are using Sparta Science to track their players’ performance and injury risk. The company offers a two-part product: a sensor-filled force plate for athletes to stand on and an app that both tracks athletes’ performance over time and compares their benchmarks with massive data sets collected from their chosen sport.

For athletes, the plate scan isn’t too different from hopping on a scale. However, combined with the analytics platform, it offers amazing new opportunities to improve performance over time. “What the software allows us to do is analyze and then make personalized prescriptions for each individual,” said Sparta CEO Phil Wagner, a former strength and conditioning coach at University of California-Berkeley and UCLA.

Wagner says athletes “stand on a force plate which analyzes how much force you are putting down, and that performance is applied to either one of two tests. The results are compared against our software database, which uses comparative values against the aggregate to run diagnostics and let you know where the biggest risk for injury comes from.”

The database was built over eight years from a primary data set of professional and collegiate teams; data from high school teams is now being used as well.

After athletes stand on the force plate for approximately 90 seconds, Sparta’s software platform, (typically accessed via a mobile app) creates customized workout recommendations. This information is shared with the athlete, trainers, and team coaches and management with the goal of enhancing performance and preventing injury.

Importantly, Wagner notes that the efficiency of software platforms for athletes rests directly on the amount of usable data they are able to access. Much like other large data sets used for machine learning and analytics, accurate recommendations for athletics and exercise depend on accumulating as useful information as possible.

“It’s not a question of breaking old habits, but of morphing the habits for a greater opportunity.” —Phil Wagner

“Big data and good data aren’t the same,” Wagner adds. “Everyone was really excited about the big data era until they found out good data is most important! If anyone wants to get into analytics or use it better, it’s important to understand that aspect. There’s the concept of garbage in , garbage out; you get a lot of that if you’re not working with the right information.”

An abundance of data is now being compiled to inform coaching strategies more easily and improve player performance via smartphone and video cameras. Hudl is a subscription software that allows club and professional teams (all but one of the 30 NBA teams use the service) to compile game footage quickly and easily into one depository for players to review on any device.

Similar to many successful products, Hudl identified and solved for a major pain point: coaches spending too much time collecting game and practice footage, and not having enough time to develop their team’s strategy. With Hudl, game footage can easily be captured via any camera, then uploaded to the company’s servers, where it becomes instantly available to anyone with viewing permissions, from training staff and players to scouts and recruiters. After games, players and coaches can identify moments during the game — for example, the results of a turnover or a breakdown in defense — inserting notes and comments into the clip that can be discussed later.

For NFL referees and players whose split second decisions can mean a win or loss, there’s no time to review the tape after the game. And while the league reports that NFL referees got 95.9% of calls right last year out of more than 40,000 total plays, this means there were still approximately a half dozen mistakes each game. Turning to technology to address the problem ahead of the 2017 season, a small group of NFL referees were training using a new virtual reality tool that gave them live-game scenarios. STRIVR, which received investment from the NFL’s equity arm this past June, is a virtual reality tool that trains amateur, collegiate, and professional athletes and officiants.

Over the last year the company has been working with officials through the NFL’s Officiating Development Programs, an NFL program targeted at collegiate officials looking to move up into the professional ranks. Wearing an HTC Vice or Oculus Rift headset, officiants are given simulated scenarios through STRIVR that allow them to get real-world experience, all the while in the background the software is tracking eye motion and generating extensive metrics that is helpful later in informing them about their decision making.

“With virtual reality, you get more data about what a player or official thinks they did,” says STRIVR CTO Brian Meek. “An officiant thinks they saw a linebacker jump the line of scrimmage, but you actually look at telemetry and realize that they didn’t, and it’s not what the officiant thought they saw. People say they saw things that weren’t really there all the time,” he adds.

And while technology is aiding many professional sports teams, Wagner notes that many athletes grew up with smartphones and computers and have no problem using apps to track their fitness. However, many coaches and trainers are creatures of habit who may need extra convincing on the benefits of software and apps to improve athletic performance.

“It’s not a question of breaking old habits,” Wagner says, “But of morphing the habits for a greater opportunity. In both the military (the US military is another Sparta client) and sports, there are more seasoned professionals who grew up in there and were trained in a time with no smartphones and no emails. Making the switch from pen and paper to Excel and crowd-based databases takes a bit of adjustment.”

And as technology gives athletes and teams competitive advantages, it will also inevitably raise debate about fairness. While the use of the Apple Watch by the Boston Red Sox to give their hitters a competitive edge at the plate was unanimously considered cheating, the technology behind the now banned whole-body polyurethane swimsuits that Olympian swimmers wore in 2008 to reduce their drag time wasn’t as black and white.

Working with BMW engineers, the USA Olympic swim team is now trying to optimize their dolphin kicks — something that could decide the microsecond difference between a gold medal or not even on the podium. The impact, not only on their success — but how it’s received — still has to be determined, but one thing is clear: software is providing a competitive edge for athletes and teams in unprecedented ways.

The Internet Of Athletes: Playing The Numbers Game & Winning was originally published in Built to Adapt on Medium, where people are continuing the conversation by highlighting and responding to this story. 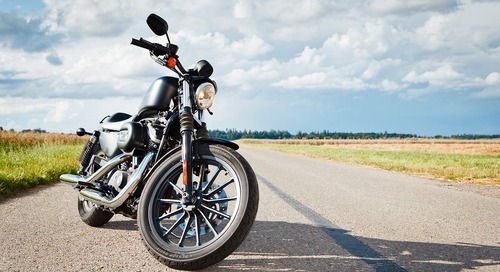 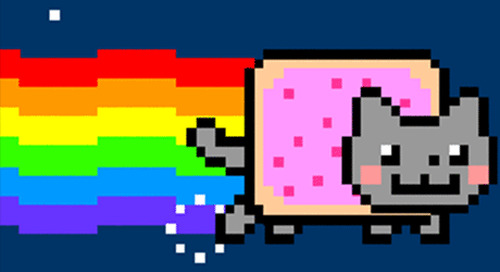 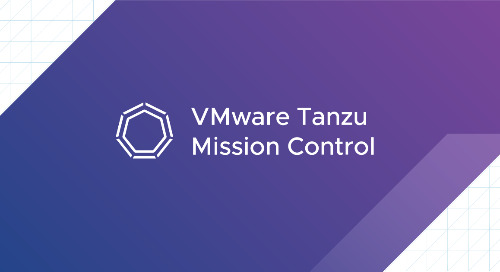