The announcement was characterized as “a big bet on the key drivers and requirements that the enterprise of the future will have,” by Ben Kepes at Forbes. “Pivotal’s strategy here is an interesting one,” wrote Andrew Brust at ZDNet. “The company isn’t championing one big data architecture over another, or advocating for several architectures while charging for each one separately.”

A number of press outlets lauded the simplicity of the Pivotal Big Data Suite’s pricing model, and the flexibility the subscription service offers. “Rather than paying by the terabyte here and by the node there, and having different prices everywhere, customers can now pay by the computing core and use those cores to run any of the company’s database products,” wrote Derrick Harris at Gigaom.

Harris notes that the Pivotal Big Data Suite services is in line with the strategy outlined by Hugh Williams, Pivotal’s Senior Vice President of Research and Development, during a January interview on Gigaom’s The Structure Show. “I’ve seen from the inside the power of using sort of a data lake to really change a business and really put that business on a really fast, iterative trajectory,“ stated Williams during that interview. “You go outside those top internet companies, and companies don’t have that infrastructure, they don’t have that way of working, they don’t have that knowledge—and it’s pretty clear to me that’s what the world needs.”

In article at InfoWorld, Serdar Yegulalp wrote, “One of the vaunted pluses of using Pivotal’s toolset is cutting IT out of the equation when it comes to provisioning data in a warehouse or other environment for analysis; the data can be crunched as-is.” He stated, “…the appeal here seems less to those already running Hadoop and more to those looking to break away from other, more costly analytics suites with more onerous and restrictive licensing (such as Oracle).”

In an article at The New York Times, Steve Lohr took the announcement as an opportunity to profile Pivotal CEO Paul Martiz, detailing his role in the evolution from client-server computers to relational databases to the current era of highly distributed servers and devices, relying on what Maritz characterizes as “lots of cheap storage and lots of cheap machines.”

At The Register, Jack Clark writes about the Pivotal model of offering flat pricing by number of cores, rather than technologies. “If this sounds remarkably sensible, that’s because it is,” he writes. “Typical enterprise pricing schemes don’t make it nearly so easy for clients to swap out one software package for another, and the licensing models of incumbents like Oracle and IBM are known to cause more headaches than hallelujahs among CIOs the world over.”

Clark quotes an interview with Pivotal’s VP of data platform product management, Josh Klahr, in which he told The Register, “Five years ago I was working inside the data group at Yahoo and I think I would have said ‘you’re dreaming, it sounds great but that’s not how it works’…We were dealing with Oracle, with Microstrategy, we had our own internal Hadoop distribution. If it had happened while I was there I would have thought it was great.” 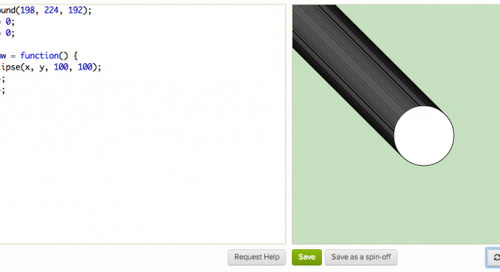 A developer, a teenager, and Socrates walk into a bar…

A developer, a teenager and Socrates walk into a bar… they ask questions, and learn from each other. That’s...

Clojure and the asset pipeline

In my continuing trend of trying to create a polyglot application, I’ve been working on introducing an asse...