The consumerization of IT is no longer restricted to consumer products. Born from the idea that “it should just work,” the new release of the Spring IO Platform 1.0 will consumerize Java for developers.

For an example of what the consumerization of IT means, it is helpful to look at a company like Apple.

One of their first bold moves in this direction happened as early as 1976, when they shipped a fully assembled circuit board, not a kit of parts as was common at that time. Since then, an easier to use, more integrated, cohesive approach has driven Apple product development for decades. A few years back, Steve Jobs was quoted, “As you know, Apple strives for the integrated model so that the user isn’t forced to be the systems integrator.” Today, even OSX Yosemite stresses an integrated set of Apple hardware and software that just works together—your Mac, iPhone, iPad, CarPlay, and Apple TV all work together. Of course, we could say similar things about Android, Chrome, and YouTube, but one example is enough.

As consumers, we love the benefits of technology, but we don’t want to waste time figuring out how to make things work together. We expect it to be intuitive, and loathe the idea of software training, help desk calls, visits to support forums, and even reading the documentation.

So, why shouldn’t the same logic apply to the development of Java with Spring? Just because spring developers are more technical by nature doesn’t mean they don’t share the same frustrations with technology.

With this release, Spring is easier to use, more integrated, and cohesive.

Eating Our Own Dog Food—Upgrading Spring.io to the New Spring IO Platform

In case you missed it, we announced the Spring IO Platform and launched the website live, onstage at the first night’s keynote of SpringOne 2GX 2013.

The Spring.io website had two main goals—to be the home of each Spring project’s reference information and be a reference application itself. In fact, the Spring.io website was built with Spring Framework, Spring Boot, and Spring Data JPA. The site is an example of how we eat our own dog food by running important production apps with early and current releases of Spring.

In December, Spring Framework 4.0 GA was released with major advances for developer productivity, big data, cloud, REST, and micro-services architectures. A few months later, we open sourced the website as its own project to be used as a reference architecture for Spring users. Code named Project Sagan, it is available on GitHub for general use. In addition, the production website runs on Cloud Foundry with zero-downtime deployments. Most recently, we upgraded the website to JDK 8, and a new case study on the overall development of Spring.io website is now available.

With the GA release of Spring IO Platform V.1.0, we expect to also upgrade Project Sagan and the Spring.io website in the next week. We will be the first company to show how an upgrade will consumerize our Java development and build for Spring. Of course, should we choose to extend Project Sagan, there’s no guesswork about what versions to use—we will get compatible access to the entire set of Spring projects.

The Benefits of Upgrading or Using the New Spring IO Platform V.1.0

There are several benefits of upgrading. Since all modules, versions, and third party dependencies have been harmonized:

This makes development teams more productive, but there is also value at a higher level for project executives and architects, even if their IT infrastructure mandates a slower pace for adoption of new technology:

For more background on the key features in the Spring IO 1.0 release, check out Josh Long’s blog or read the release announcement. For developers, it’s easy to explain the basic idea: Spring IO Platform 1.0 is simply a maven Bill of Materials that includes the entire Spring ecosystem, and lots of popular 3rd party open source libraries, all tested to work together, so you don’t have to.

Also worth mentioning, this release now includes additional modules that have traditionally been considered different from the core Spring projects. These modules are now considered first class citizens of Spring IO, and will ship with updates to the IO Foundation. The three modules are found in the IO Execution area, which provides domain specific runtimes (DSRs) for applications built with the IO Foundation modules. A DSR can run standalone without requiring deployment to an external container. There are three DSRs—Spring XD, Spring Boot, and Grails—Spring XD will join the Spring IO Platform when it goes GA this summer. 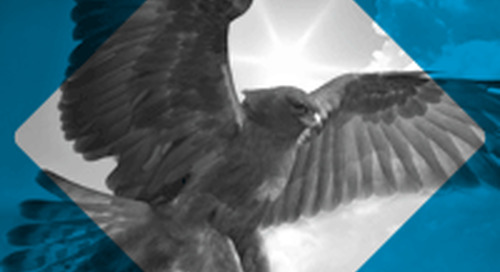 This week at the ACM SIGMOD Conference, the premier international forum for database researchers, practitio...

David Varvel – How to Grow an Architecture