The Big Data Story (and Webinar) Behind Chinese New Year

This is a greeting heard around the world today for Chinese New Year, or as many call it, Spring Festival. It is a time when half of the world’s population stops to celebrate new life and rest before the new season of ploughing and sowing begins. The celebration spans 40 days—this year from January 16 to February 24, with January 31st marking the turn of the New Year itself, or as the eastern world calls it—the Year of the Horse.

During this 40 day period, over 3.6 billion people will travel to celebrate with loved ones. To put this in perspective, that is roughly half of the human population. This is, by far, the world’s largest migration of humans.

In today’s digitally driven world, this is a major event.

Transportation, communication and commerce are all experiencing massive web surges. For China itself, this is massive burden on the infrastructure and environment. Most of the transportation on China’s mainland will take place by car. However, the Chinese government has been working to unite families in a faster, more economical and more environmentally friendly way for several years.

This year, their big success story revolves around their railroads. In its first year of taking charge of the rail system, China Railways Corporation (CRC) undertook a massive challenge—to extend the railways by 5,500 kilometers and transform their 3 year-old online reservation system, www.12306.cn, to handle the online demand of the 258 million passengers this year, and pave the way to support 5 billion passengers by 2020.

Last week on Data Innovation Day, we published a blog titled Case Study: Scaling Reservations for the World’s Largest Train System, China Railways Corporation that included a case study and an infographic where we shared how the transformation from traditional database technology to in-memory data grid allowed China’s railway to reduce query times by 75% and improve throughput from 3-400 queries per second to tens of thousands, supporting the surge of reservations this year without system downtime.

This week, with help from CIO Magazine, we have an 18 minute webinar from IISI’s CTO, Dr. YC Liu, and Pivotal’s Chief Architect of GemFire, Jags Ramnarayan, discussing the technology transformation and how it is opening the doors for China’s railways to scale for the future of 5 billion passengers and storing more than 6 months of tickets, allowing travelers to purchase tickets more in advance.

Recently we’ve seen an uptick in JRuby projects coming through the door, especially with our enterprise cli... 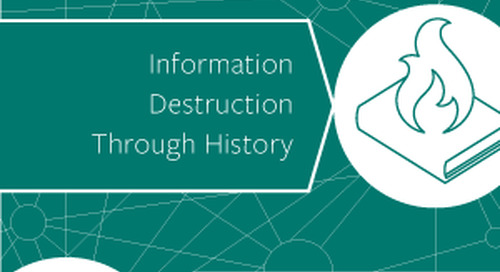 As we close out the first month of 2014, we've seen a plethora of data-driven innovations and breakthroughs...