Pivotal’s growth is attracting some top talent. The latest notable executive to join is Stephane Boisvert.  With nearly 30 years of big titles at brand name technology companies, including General Manager at IBM, President of Canada for Sun Microsystems and President of Bell Business Markets, Stephane is joining Pivotal as an Executive Advisor for Canadian companies looking to use technology as a strategic weapon to win in the modern economy.

This is a role that Stephane has been preparing for virtually his whole career. Starting at IBM in 1985 and rolling through his tenure at Sun that ended in 2006, Stephane was focused entirely on modernizing how companies used software to fuel their business. At Sun, he rocketed their Canadian business to the top market by helping companies to embrace Java and service-oriented architectures, he showed them how powerful the concept of virtualization could be with the the Sun Ray—those flat panel displays that read a card and instantly brought up your desktop anywhere—and of course, being Sun, he pushed the edge of enterprise-scale hardware and storage. This was a fun time in Stephane’s career, as he saw the future and power technology could hold.

While Wall Street deems Stephane’s tenure at Sun wildly successful, the truth is Stephane was still hungry for that future he saw to become more mainstream. He was still yearning to see it kick off some serious innovation. Having seen the tech tides change over the years, he knew the concepts of virtualization, big data and app development would evolve to something much better, but weren’t quite ready yet. He spent the next few years at companies like Bell, choosing to pour his leadership into guiding a specific industry. Subsequent roles popped up in his network to be an advisor or interim CEO that helped  launch a number of high tech ventures around North America, and while they each had their own merits, he admits it still wasn’t as fun as the challenge he had at Sun.

Fortunately, at Sun he also met Pivotal’s chief operating officer, Bill Cook. So when Bill called him up earlier this year and said, “Hey, want to come have some fun like we did in the old days, but better?”, Stephane perked up right away.

After talking with Bill about the Pivotal mission to transform how you build software, Stephane recognized immediately that Pivotal had made that next step he had been waiting for. What’s more, he saw signs the market is mature enough that this tech turn should finally go mainstream.

He saw that Cloud Foundry took those concepts of modern app development including agile and lean methodologies, and package them in a platform. And the product was mature, and proving itself very quickly across the Fortune 500, a key indicator for Stephane the time is finally right. Adding in our Labs capabilities that not only help companies solve technology challenges with their own expertise, but they also pair with company employees and teach them the right way to do it over and over again. He recognizes that this type of partnership is key for many organizations to successfully navigate a digital transformation. What’s more, Pivotal’s portfolio of data technologies provides the real substance for apps, by revealing useful insights in real-time that can be operationalized inside apps scalably. The fact that Pivotal also shepherds the modern java story with Spring as a first class citizen on Cloud Foundry was the proverbial cherry on top.

As he dug deeper, he saw more and more the Pivotal story is really the multifaceted full solution story that he sold at Sun, just modernized and productized enough to really succeed in big ways. Stephane was sold.

What’s Next For Stephane Boisvert?

Stephane is joining Pivotal Canada as an Executive Advisor. Part of the benefit for Pivotal is his list of relationships, but for Stephane he is looking to help his network of Canadian and select global companies to prepare for this era of digital disruption. For him, this boils down to two main areas of interest.

First, he will help craft the business case. With a broad view of the market, and Pivotal increasingly partnering with the biggest disruptors, Stephane will be helping executives to identify and justify opportunities that make sense to start their journey. A priority here is to encourage companies to become more cloud agnostic, ensuring them against any kind of vendor lock-in, and affording them to move quickly on opportunities. To explain further, he relates a recent conversation with a major bank’s CIO, who really wants freedom from being a prisoner of a server architecture or data architecture. This is what he is helping him now deliver with Pivotal.

Next is where it gets more interesting. Stephane will also help coach these organizations on the cultural aspects and new job roles that are emerging as a recipe for success. Called many titles, this idea centers on a Chief Digital Officer, or CDO, who is storied in the technology side of the business and possesses business acumen to prioritize for the bottom line while managing change on the inside. This is a tall order for most executives, who usually fall on one side of the wall or the other. But to not do it, he feels will put companies in jeopardy of being disrupted right out of their own market. To illustrate that point, he brings up the famous case of Uber. Uber was started by 2 technologists that had the business acumen to break apart the taxi industry, and then take on the transportation industry as a whole. Stephane is convinced bridging these skills is a formidable weapon in today’s economy.

In fact, he posits that if you put these two concepts together and you can fast forward the recipe many of today’s unicorns have used. To do so, all you need to do is effectively combine the startup mentality where business and technology meet to create opportunity, and add it to a drop in infrastructure that instantly prepares any business to move at the speed of internet giants, and you have the start of many very interesting stories. Ones that Stephane is sure to have a lot of fun telling at Pivotal. 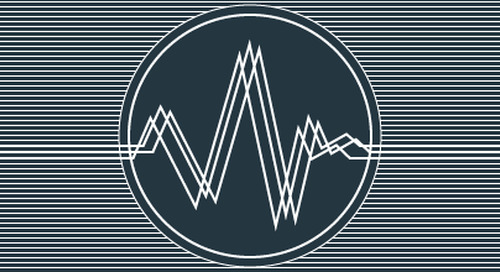 The massive influx of data, and role of technologies such as Apache Hadoop®, is well-established among ente...

This week, hosts Richard Seroter and Cote talk about dealing with legacy systems, or as they put it: the so...