Organizations are continuing their Kubernetes buildouts and increasing production use, according to our 2021 State of Kubernetes survey. The challenges around skills and security still exist, but reaping the benefits of better resource utilization and speeding up the software release cycle have become a critical priority, as more organizations rely on software as the primary way of interacting with customers.

Like last year, I want to go over a few highlights from the report:

For years, the most common question asked about Kubernetes has been: How many apps are running in production? In other words, people want to know how mature and widespread Kubernetes usage is. There's little question as to whether or not Kubernetes is "real" anymore; it's now the preferred platform for running containers in production, hands down: 65 percent of respondents run most or all of their containerized apps in production in Kubernetes. That figure was 59 percent in 2020 and less than a third in 2018. 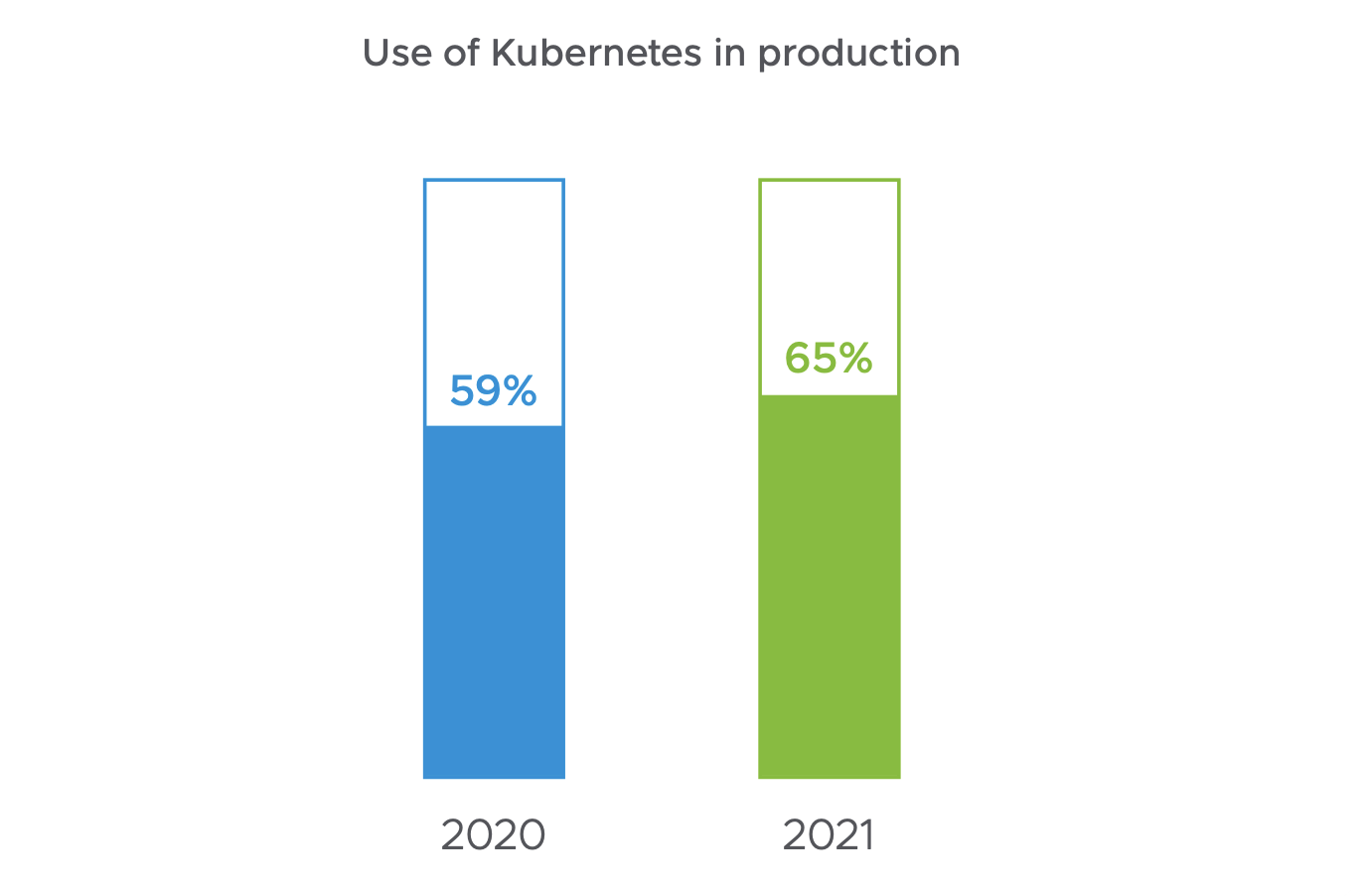 Companies with more than 500 developers report an even higher number, with 78 percent more likely to be running all or most containerized workloads in production.

Benefits to Kubernetes in production

The past year changed everyone's priorities as society was forced to adapt to the pandemic. IT departments were especially impacted by these changes to the way we work and live. Grocery stores shifted to home delivery and curbside pickup, for example, which drove demand on their websites and apps, and banks shifted to contactless payments while also supporting staff that moved from working in call centers to working from home. In many organizations, the urgency of these shifts gave clarity to IT departments’ priorities and accelerated digital transformation initiatives that had for years been strolling instead of running. As a sign of that re-prioritizing, a survey conducted in July 2020 found that 67 percent of IT executives were canceling projects that had no immediate benefit.

So, does Kubernetes make the cut? Based on the results of our latest survey, I'd say organizations are getting value from their use of Kubernetes. Take a look at the first three benefits respondents say they've experienced:

Better resource utilization is key for meeting scaling demands without breaking the bank or the grocery store. Organizations that need to rapidly innovate their business and the software that runs it need the ability to upgrade and redeploy their apps. And speeding up their developers’ ability to add features to applications is key to adapting to new ways of doing business.

I'm never sure if the executives outside of IT at a company should think too much about Kubernetes, or any kind of enterprise infrastructure, really. There may be cost overruns, runaway projects that haven't delivered a line of code, and production instability to worry about—and security is certainly a very real concern. However, when it comes to infrastructure, any "business benefits" are more about providing capabilities to change how the business runs. As the findings in this year's survey show, Kubernetes provides much-needed business benefits and capabilities.

In addition to benefits, the survey results give us a window into common bottlenecks and problems encountered with deploying, managing, and using Kubernetes. I want to highlight the challenges that developers and operations people face.

While many of the benefits of using Kubernetes accrue to developers specifically and the software development cycle more broadly, there are problems as well. You'd think that the No. 1 impediment to developer productivity would be the usual gripe about having to file a ticket to do anything, which points to a lack of self-service automation. And you'd almost be right: That was the second-most cited impediment—but the choice of just 15 percent of survey respondents. The top impediment, for 42 percent of respondents, was "integrating new technologies with existing systems." That figure was 35 percent in last year's survey.

This not only matches with what I've seen in recent years but makes clear that Kubernetes is moving out of the whiz-bang new technology phase of use. Modernizing their existing apps and services is a perennial concern for large organizations that have been around for decades and have thousands of apps that need to be tended to and updated. And as more apps are created to run on Kubernetes or be migrated to Kubernetes, the need to integrate with those existing apps only rises.

Put another way, application modernization is currently one of the most important initiatives organizations need to pursue. Indeed, in a survey conducted by Forrester Consulting and commissioned by VMware, 76 percent of senior IT leaders said they were too invested in legacy applications to change. As one of the respondents, a CIO at a retail company, said, "Most of our software development is supporting legacy capabilities that are in-house and don’t provide a competitive advantage, which is opposite of what I would want to have."

The teams setting up, maintaining, and running Kubernetes continue to cite the same problem, year after year, survey after survey: a lack of internal experience and expertise. In many surveys, this challenge is often coupled with a difficulty in hiring for needed skills. While this issue has decreased slightly year over year, it does remain. Additionally, as with any new technology, trusting and verifying that Kubernetes meets security and compliance needs is a concern as well—one that is leading many organizations to incorporate DevSecOps processes into their operations. When I consider all of these concerns together, what I see are attributes of any new technology. Even once a technology is fully fleshed out and enterprise-grade, it takes time for people to get familiar with it and trust it. And that only comes from years of first-hand experience and documented success.

The results of this most recent survey also point to a trend of teams using a productized Kubernetes distribution instead of building, integrating, and maintaining their own Kubernetes stack, the so-called "DIY" approach. When you build and run your own platform, you're signing up for solving all of the problems in these charts, indefinitely. Not only is this a poor use of an organization’s strategic resources, it is also rarely successful in the long run. It’s this need to focus on outcomes that deliver business value rather than building and integrating infrastructure—and the difficulty finding or developing the expertise necessary to support that infrastructure that comes with it—that drives organizations to use vendor-supported Kubernetes distros and services. 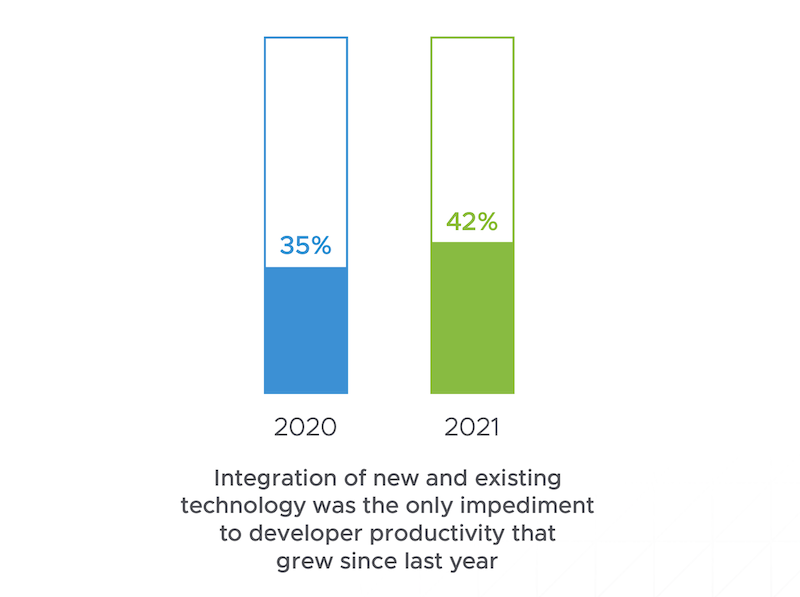 To that end, the survey shows a significant drop in respondents using DIY Kubernetes, to 18 percent in 2021 from 29 percent in 2020. That said, a few of the Kubernetes distros and services saw a corresponding year-over-year rise in use, including our very own VMware Tanzu. We expect this trend to accelerate as vendor options mature and DIY efforts struggle to keep up with the rapidly changing upstream project that is Kubernetes.

More topics waiting for you

The survey also covers other topics that I've omitted. Answers as to who influences and pays for Kubernetes in organizations are interesting, for example. Respondents also listed their security-related needs.

For these data points and more, check out the full survey report. As with any survey, my recommendation for using it beyond entertainment (if you're into charts) is to baseline where your organization is relative to others, and to take the lessons learned from those organizations with respect to challenges and benefits and consider how they might apply to your own.

Good luck out there! 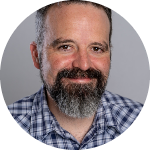 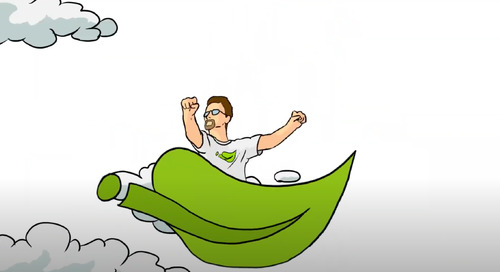 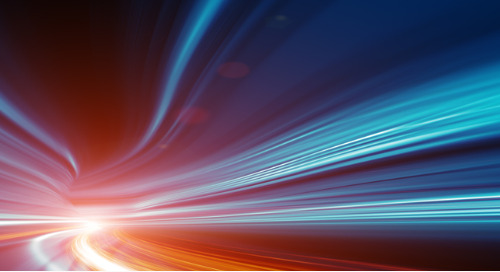 VMware Tanzu Advanced got a raft of updates this past quarter that will help drive the DevSecOps outcomes y...