At SpringOne Essentials this year, VMware introduced new learning opportunities for enterprise developers, as well as technical advancements in some of its flagship platforms. We’ve also released the results of the annual State of Spring report, now in its third year. These announcements reinforce VMware’s transformation from a pure infrastructure provider to a cloud native application platform provider helping organizations build, run, secure and iterate on their apps on any cloud.

If you’re reading this you probably know that the past decade has brought profound changes to the IT industry and that it’s always evolving and learning. Whether we are doing business, treating disease, connecting with each other, or protecting our citizens, software helps us adapt to meet changes beyond our control. Think about how quickly we changed the ways we interact with each other, how we shop, how we access healthcare, and how we travel in response to Covid-19? We saw how the companies that had already adopted cloud native practices and technologies prior to the pandemic were able to adapt quickly, and even thrive.

To be sure, with all the care taken to deliver great experiences to end users comes complexity in the systems that deliver and run them. Consider the amount of data required to personalize a patient’s experience while ensuring you’re not running afoul of privacy laws, to keep citizens informed while adhering to government regulations, or to protect customer data while fighting attempted security breaches? Now consider the end-user expectation that these experiences are delivered instantaneously and through multiple channels (mobile, web, in person, etc.).

Regardless of expectation and complexity, we need to get stuff done today. This means navigating that complexity and recognizing that the software industry will continue to evolve and innovate. We have to get things done, and we have to continue learning.

With that in mind, I’ve highlighted some recent advancements from VMware that will help you strike a balance between delivering software today while supporting the innovation that will help your business grow tomorrow.

On the platform engineering side, Tanzu Application Platform 1.4 includes capabilities for platform engineers that help them build and curate golden paths to be consumed by various development teams. Introduced by Spotify in 2020, the idea of golden paths is a manifestation of multiple disciplines including DevSecOps, software supply chains, API-first operations, and shift-left thinking.

You can read about the amazing year Tanzu Application Service had here.

With the introduction of Aria Operations for Applications (formerly known as Tanzu Observability), VMware now offers a comprehensive, extensible, and intelligent monitoring and observability platform for dev and platform teams alike. Aria Operations for Applications is a unified observability platform that brings together metrics, traces, and log management enabling more actionable insights and reducing mean time to resolution (MTTR) at a massive scale. Read more about it here.

Devs do data too

For more than a decade, RabbitMQ has been one of the most popular and widely deployed open source message brokers. Since the launch of VMware RabbitMQ, VMware has been offering all the messaging and streaming capabilities of RabbitMQ in a supported, enterprise-grade distribution. With the introduction of VMware RabbitMQ for Kubernetes, VMware is allowing customers to self-host and self-manage RabbitMQ deployments.

Part hyperbole, part truth, the notion that data is the new oil is not too far off. Consumers, patients, employees—essentially, humans—no longer expect bad digital experiences, whether that’s on their phones, computers, cars, or wearable devices. Delivering experiences that attract, retain, and delight your end users depends on the experience of the developers who are creating them, and how you use data to create them.

Keeping with the data theme, we’re announcing the upcoming beta release of VMware GemFire 10. This major new version brings significant new features and enhancements that enable developers to build high-performance, scalable applications more easily. Some of the features include:

GemFire applications can be developed in Java, C#, C++, Node.js, or REST. GemFire 10 will be available across public cloud, on-premises, and hybrid environments. It will also seamlessly integrate into Kubernetes and Tanzu Application Service platforms for simplicity of deployment and Day 2 operations. Read more about the GemFire 10 beta.

Just as technology is constantly evolving, so should tech professionals. Whether you’re an application developer, platform engineer, or cloud architect, there is always something to learn. VMware launched KubeAcademy, and since then it’s delivered more than 100,000 hours of training at several levels. Today we also announced the launch of Spring Academy. Modeled after KubeAcademy and created and curated by the Spring team, Spring Academy provides on-demand learning opportunities for enterprise developers at all levels. With a free tier or a paid subscription, Spring Academy can help developers at all levels of their career.

In 2020, VMware launched the State of Spring survey designed to gain an understanding of how and why enterprise developers use Spring Framework and Spring Boot. Not surprisingly, the top use of Spring is to expose APIs and in support of modern architectures like microservices and serverless. In fact, this year we saw an increase in the use of Spring for serverless architectures. Software engineers and app dev managers alike can download VMware's State of Spring 2022 report to learn what their peers are doing and how they are succeeding with Spring.

Be sure to check out my colleague Josh Long's summary of the technical-focused sessions from the event. To connect with more like-minded developers and customers, consider attending SpringOne, which will be held in Las Vegas as part of VMware Explore. We’re also launching The Golden Path to SpringOne. Join a rotating lineup of speakers as they present on a wide array of important topics covering everything from Spring, programming tools, platforms, and tech stacks to the people, processes, culture changes, and real-world stories that will empower today’s developers to do more. These will be live streamed on Tuesdays and Thursdays at 2 PM ET, starting January 31 on Tanzu.TV and YouTube. 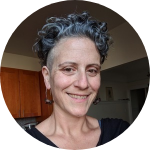 Rita Manachi is a product marketing manager at VMware Tanzu.

This post focuses on SRE at the edge and covers effective ways to deploy, operationalize, and manage edge d...

by: VMware on VMware staff Part one of this series provided an overview of the VMware IT Performance Annua...