Smelling with your ears: TDD techniques to influence your design

Test Driven Development can be a hard sell. The first pitch is often designed to entice the buyer with safety features, like:

In conversations between practiced test drivers, though, design topics tend to pop up:

Then there are really exciting questions, when getting close to a design breakthrough, like:

One distinguishing factor between these types of questions is the level of trust in TDD. Someone with little trust might be predisposed to abandon testing before implementation, instead choosing to test afterwards, or not at all. To such a person yet to be sold on the benefits of TDD, the safety questions make more immediate sense, while design questions are often met with blank stares. However, the safety concerns are easily brushed off: it’s a prototype. My team is so smart we don’t need tests. We need to move fast, so we’ll worry about tests later.

Explaining the basic advantages of TDD doesn’t always work as a sales pitch, because those explanations don’t reveal why testing can be difficult, much less why testing sometimes ought to be difficult. Take someone who has never let the design of their code be influenced by tests: they dislike testing for being difficult or boring. Encountering resistance in the TDD process, they choose to forgo the safety advantages of testing, and the design advantages haven’t been made clear.

As you may have gathered, I’m more excited by the design aspect of TDD and related tools than by the safety aspect. I’d like to think that if we sold how TDD can improve the design of code that’s yet to be written, we’d have an easier time tricking our friends into writing code with regression protection.

There is much talk about “listening to the tests” among TDD practitioners. The listening analogy is apt. Like listening with our ears, the ability to understand what a test tells us about code quality can improve with practice. It’s a subtle concept to grasp, and one I frequently find is not well understood by otherwise experienced developers. This is unfortunate, because it’s a crucial part of getting rapid feedback on the quality of production code. By quality, I’m referring primarily to the ability to cope with changing requirements, as opposed to good coverage of features and edge-cases.

If you can’t hear what your tests are trying to say, there are tools for cranking up the volume. Below are a couple of my favorites. They’re not intended as hard-and-fast rules, but as exercises to try out when you’re frustrated with a test or wondering why it’s getting difficult to test something.

If you haven’t already, you should read about known test smells and their solutions, because we can apparently smell with our TDD ears.

In the RSpec world, this often comes down to writing readable examples without using ‘subject’, ‘let’ or ‘before’. It turns out that straightforward assignment is usually OK.

I like to avoid lets, subjects and other test helpers for another reason: if I can’t stand to repeat myself in examples, I think about how the code that uses my code will feel. A boring, repetitive test setup might be telling me that my code has too many dependencies. If I’m frantically stuffing things into the database and stubbing out web service requests just to allow myself to construct an object, perhaps the object’s scope is too broad.

If you come across a test that is apparently repetitive, consider tidying the implementation of the system under test before the test itself. You may find that the noise in the test can be dramatically reduced with some production code tweaks.

I owe this one to Greg Moeck, who introduced something like it at the San Francisco eXtreme Tuesday Club.

First, a reminder of the definition of stubs versus mocks (to paraphrase Gerard Meszaros):

If you return a value from a stubbed method, you force your production code to depend on a blocking, synchronous call. If you could otherwise send a message and not expect an immediate response, you permit your design to (now or in the future) be asynchronous.

Further to that, if you instead use a mock to expect an output to the collaborator you were previously stubbing, you can more cleanly divide your testing into inputs and outputs of the system under test. It’s the difference between:

The code that passes the second set of examples is in better shape for when you need to queue requests to the authenticator and complete the action asynchronously. It uses a “tell, don’t ask” style. The fact that an explicit message is sent to the system under test (‘user_successfully_authenticated’) makes it clear to the reader that the request for authentication and the triggering of the action are separate bits of work. It’s someone else’s business whether I get told about the successful authentication, and how many steps are taken before I’m told.

There are several more techniques I’d like to tell you about, but this post is getting a bit long in the tooth. Maybe next time. Happy listening! 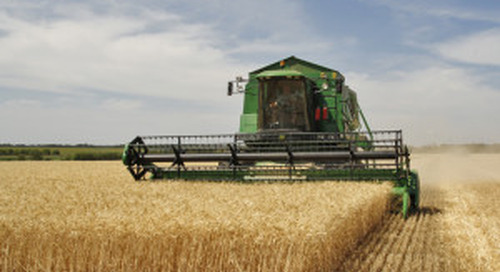 The release of the White House’s new open data mandate, and advances in sophisticated analytics tools and m...

As developers, we create, update, and delete files all day long. Managing files from the command-line is ...