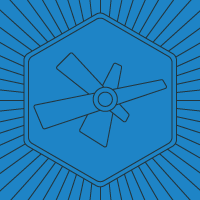 I spent last week at three big events for Pivotal. Tuesday was our data event at our San Francisco Pivotal bay area office, where we announced big things for big data including a new industry initiative around Apache Hadoop called Open Data Platform, updates to our Big Data Suite including new options for Cloud Foundry and open sourcing the major components and a partnership with Hortonworks that will allow Big Data Suite to run on Hortonworks Data Platform (HDP). Wednesday I went to the first day of our internal sales kick off, which was largely a customer success story day. Finally, Thursday I arrived at Strata Hadoop to share with attendees more about our data story.

I spent weeks preparing for these events to talk about data. While at the surface many of the conversations were of course about data, in reality they followed two key themes: enterprises are looking for a cultural transformation to become a technology company, and the successful ones credit working directly with Pivotal Labs.

The Trend For Transformation

The reality is in this day and age, every company is a technology company. They are looking to use data to drive engagement with customers and to make smarter decisions. It is critical to their survival.

Two big insurance companies shared the stage with Bill as well, both talking about how Google has started to sell insurance. One company is almost 100 years old, and a verifiable 800 pound gorilla in the insurance market. Yet, he had to admit that Google, who is renowned to be great with data actually could be a threat to a market they have owned for nearly a century if they didn’t get better at data and delivery really quickly.

These companies see the writing on the wall. They know they must change. They must transform to become technology companies or they might not survive.

At the end of the session, Bill asked each of them to share some advice with Pivotal’s sales and engineers in the audience.

Each of them in their own way said to engage Pivotal Labs. The bottom line is, while each of these gentlemen had the IT vision for their companies, they were at a loss on how to shepherd transformation inside their own. The technologies were there to do it, and while they were versed in agile development practices, explaining its value to their stakeholders across the business was a frustrating and often fruitless endeavor.

One of the panelists confessed he was unable to convey the importance of this cultural transformation until he took everyone on the executive staff to a tour at Pivotal Labs, including their head of human resources. According to him, only once they were physically in the building did they understand. The cultural difference was palpable as soon as you walked in the door and saw the rows of paired developers cranking out the next generation of code. He joked that once there, it took about 10 minutes for them to get it and sign up for a total company transformation.

Tools Are Ahead of the People

Moving on to the other side of Silicon Valley, I spent all of Thursday on the show floor and in the sessions at the Strata Hadoop conference. Dozens of vendors pepper the immense show floor at the San Jose Convention Center, all showcasing whiz bang demos of really cool technology.

When talking to the attendees, you can see their inner nerd delight with the new possibilities. Yet, when you turned the conversation to what they need, war stories of frustration unraveled. Their company is not moving fast enough. Their business leaders don’t get it. Or if they are doing it, they are limping along and success is not fast enough. They know they aren’t doing it right, and the reason is their own culture.

It seems that for the first time, technology vendors have managed to outpace the enterprise. There are very few customers pushing the envelope, and the vast majority are just trying to get to be mainstream. And their biggest hurdle is themselves, and the cultural history of doing it their own way which must be broken to truly transform.

When I go into the sessions with Pivotal’s data science team, part of Pivotal Labs, the stories flip. Again I am hearing about success. Progress. Transformation. Results.

Pivotal Labs is reknown in the tech community for building the best apps. VCs have been networking their technology investments with them for decades, leveraging them to build apps that you likely now use everyday.

For years, Pivotal Labs has been the next great tech company’s secret weapon. Labs offers a huge, top talent engineering team versed in the ‘Pivotal Way’ of agile development. They multiply the engineering capabilities of your team, pairing with your engineers to co-develop code embracing agile development practices to the extreme. The knowledge transfer, the predictability of development times, and the sheer speed at which beautiful, intelligent applications are produced is intoxicating. It is also extremely rewarding, and a massive incentive to recruit top talent. To understand why that is, read my post on the 21 Reasons The ‘Pivotal Way’ of Developing Attracts Software’s Best Talent.

When we formed Pivotal, we knew what a gem we had with Labs. They are the litmus test of how technology should be developed, so if our ‘dog food’ works for them, it just works. This is why we named the company after them.

Today, Pivotal is more of a software company, developing the enabling technologies that improves the fluidity of development, and bakes in the harder bits like data and mobile. Today, Pivotal’s reach extends past the VC boys club of Silicon Valley, and aims to help the enterprise.

In many ways, this is a much harder problem. Enterprises have history. They have employees that have been entrenched in their culture of doing things their own way for decades, or maybe even centuries. These companies are not technology companies today, but they are realizing they need to be. The problem is this journey is hard, and they need a guide.

Over and over again this week, I heard this plea: Help us.

They are not talking about technology problems. The technology is there, its their culture that is not.

Pivotal Labs partners with them to provide the proof they need to get the business addicted to the benefits of transforming quickly. Every project with Pivotal Labs offers training on both technology and methodology. It also grants access to the world’s largest publicly accessible think tank for data science, Pivotal Data Labs, offering them guidance toward real innovation.

In short, its the secret weapon for true transformation to becoming a technology company. But don’t just take my word for it. Contact Pivotal Labs and set up a tour. Apparently it’ll take about 10 minutes for you to be convinced too. 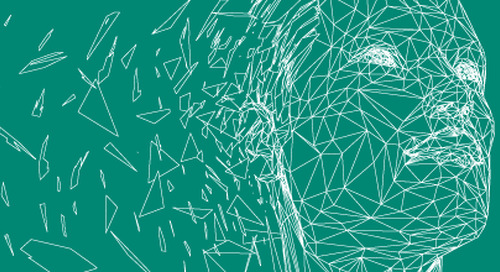 The Real Meaning of Software Transformation for Businesses Today

As companies and industries embrace the full logic of open communities, automation, and services-oriented a... 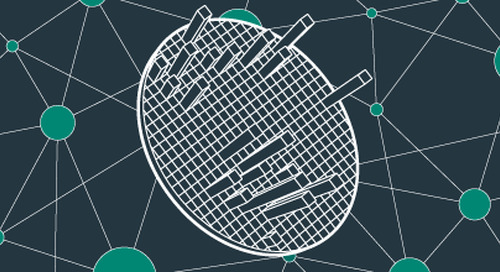 In this post, Anirudh Kondaveeti, a Principal Data Scientist at Pivotal, provides an in-depth, real-world e...