Should I have more than one app?

To be honest, I hate answering a question with a question – but the first step is to define what you want out of your mobile experience. What’s your goal with it, and what are your key metrics?

For example, here are some more common goals and metrics:

A mobile app should have a few key metrics to track against; the tighter the number of metrics that define success, the better you will know whether you’re achieving your objectives.

Depending on which goal you prioritize, you can pick from a variety of different strategies. For example, if your success metric is based on monetization, then one of the strategies may be to drive users deeper into the funnel – so include a feature that does this, such as promotional ads or subscription services for exclusive content.

Agile Product Management with Scrum by Roman Pichler suggests that new features and functionality need to be held to the standard that if they’re not crucial to the success of the overall product, then they must be discarded (page 32). Remember, the more features and functionality you build into an app, the more difficult it is to define success. That means making a lean and simple app is of utmost importance.

Customer reviews in the app stores might lead you to believe that users want lots of features. Unfortunately, the reality is that users react negatively to an app with high usability complexity (this is known as feature fatigue).

Customers tend to value capability over usability before downloading an app. This naturally leads to cramming features and functionality in an app, which really helps in customer acquisition; however, this will also put your app at higher risk of alienating your users (which means decreasing engagement). One way to both hook and keep users is by having multiple apps, each one of which has key functions. This strategy has benefits and drawbacks.

The Pros and Cons of Multiple Apps

What are Some Current Examples?

There are a ton of real-life examples of brands that have decided to either stick with a single app (e.g., Cineplex’s flagship app – which has a slew of compelling features) or multiple apps (e.g., The Globe and Mail with a standalone news app and The Globe and Mail Investor).

In 1999, a small startup called Expertcity built an interactive technical support system. Expertcity noticed that while their system hadn’t delivered on what they had hoped for, users were using this screen-sharing feature in an unexpected way: to gain access to computers in remote locations. More importantly, it started gaining traction.

Expertcity took immediate action and spun this off into its own product. They called it GoToMyPC. The rest is history: thanks to GoToMyPC, Expertcity was acquired by Citrix for $225 million in 2003. A focused app with one single function was able to do what a comprehensive app couldn’t.

There’s also the story of a location-based service called Burbn. Burbn noticed something similar Expertcity did with their original suite: that while users weren’t going with the makers’ original vision for the app, one particular feature was blowing up: the ability to simply and quickly add a beautiful filter to a photo. Burbn quickly spun this off into a standalone app called Instagram, and it was acquired by Facebook for $1 billion.

The number of apps you decide to create is based on your current situation and goals. I’ve highlighted the situations in which a single app would be more advantageous to having multiple apps, as well as key pros and cons to having more than one app.

If you’re confused, give us a shout and share some context – we’d love to help you figure out the winning strategy for your mobile app.

Connect with Alex on LinkedIn.

This week on Pivots Talking Tuesday, I present to you Austin Vance speaking on using Ruby with Arduinos at ... 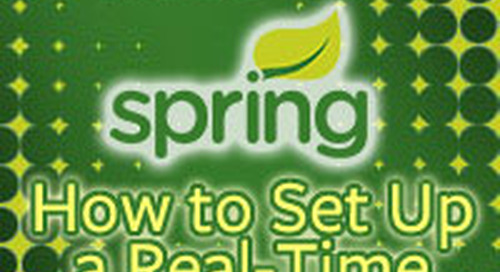 In this article, one of our Spring experts, Bijoy Choudhury walks us through the set-up of dependencies and...