Setting up a FreeBSD Server on Hetzner, Part 2: DNS Nameserver

[Editor’s note: This is the second post in a multi-part series covering the process of setting up a FreeBSD virtual server in the German Hetzner Cloud. The first blog post is here and reviews the base install and ssh configuration.]

We will now configure the DNS server as a secondary NS (nameserver) for the domain nono.com. We will use BIND as the nameserver, we will use git for revision control, and we will publish the DNS configuration and zone files to github.

[Editor’s note: prior to BIND 9.4, we needed to explicitly disallow recursive queries [2] from everywhere except localhost. With BIND 9.4 the behavior is changed, and the default behavior is a sensible one (i.e. no recursive queries except for localhost/localnets). In other words, we need to make fewer changes to named.conf.]

Now we append the zone information to the end of named.conf. We will use the IPv6 address of the primary nameserver (SOA) to test the IPv6 transport layer:

Now let’s check in and push:

The resulting named.conf file can be viewed here

We need to make sure the primary (master) nameserver will allow zone transfers (AXFR) [3] from the secondary (i.e. shay.nono.com). Here’s the security ACLs of the named.conf file on our primary nameserver (ns-he is a mnemonic for nameserver-Hetzner):

Start the Nameserver Daemon on Hetzner and Test

Back on the Hetzner machine: configure the nameserver daemon to start on boot, and the bring it up manually:

Test to make sure it’s resolving properly from shay.nono.com:

Now we test from a third-party machine (to make sure that recursion has been disabled). Note that we explicitly specify shay.nono.com’s IPv4 and IPv6 addresses in order to test on both protocols:

Update the Domain Registrar with the New Nameserver

This procedure depends upon the registrar with whom you’ve registered your domain. In this case, the registrar is joker.com (coincidentally another German establishment), and updating the nameservers is accomplished by logging in and clicking on the Service Zone link. Other popular registrars include GoDaddy and easyDNS.

Check that the whois Information Has Propagated

Once we’ve submitted the new nameserver information to our registrar, we use the whois command to verify that the changes have rippled through. We grep for the nameservers because we are not interested in the other information. Do not be concerned if your nameservers are capitalized: DNS is a case-insensitve protocol, at least as far as our purposes are concerned.

We look for the Hetzner nameserver (ns-he). We make sure that we see both its IPv4 address and its iPv6 address:

Update the NS Records on the Primary Nameserver

Check that the DNS NS Information Has Propagated

DNS information can take 30 minutes or more to propagate (it depends upon the TTL value for the DNS records and whether the records have been cached). In this example, we use the nslookup command to return the NS (nameserver) records for the nono.com domain.

Notice ns-he.nono.com in the output; we have successfully configured a secondary nameserver and now feel the warm glow of accomplishment of a job well done.

1 Until the early 2000’s /etc/namedb was not a symbolic link to /var/named/etc/namedb but a normal directory. With the advent of security concerns and at least one BIND exploit (of which this author was a victim), the FreeBSD security team decided to add an additional layer of security by running the BIND daemon in a chroot environment; however, given that the BIND daemon would, on occasion, write to disk in its chrooted environment, a better home would be the /var filesystem. To make the transition easier for systems administrators who were habituated to configuring BIND in /etc/namedb, a symbolic link was created.

2 DNS nameservers that allow recursive queries can be used for malicious purposes. In fact, Godaddy reserves the right to suspend your account if you configure a recursive nameserver.

A recursive query is one that asks the nameserver to resolve a record for a domain for which the nameserver is not authoritative; for example, shay.nono.com is authoritative only for the nono.com domain (not quite true, it’s authoritative for other domains as well, e.g. 127.in-addr.arpa, but let’s not get lost in the details), so a query directed to it for home.nono.com’s A (address) record would be an iterative, not recursive, query, and would be allowed; however, a query for google.com’s A record would be a recursive query (it’s not within the nono.com domain), and would not be honored by shay.nono.com’s nameserver.

3 Note that unlike other DNS queries, AXFR requests take place over TCP connections, not UDP. In other words, you must make sure that your firewall on your primary nameserver allows inbound TCP connections on port 53 from your secondary nameservers in order for the zone transfer to succeed.

Daniel J. Bernstein has written an excellent piece on how AXFR works. He is the author of a popular nameserver daemon (djb-dns). Daniel J. Bernstein was called the the greatest programmer in the history of the world by Aaron Swartz, who was no mean programmer himself, having helped develop the format of RSS (web feed), the Creative Commons organization, and Reddit. Aaron unfortunately took his own life in January 2013. 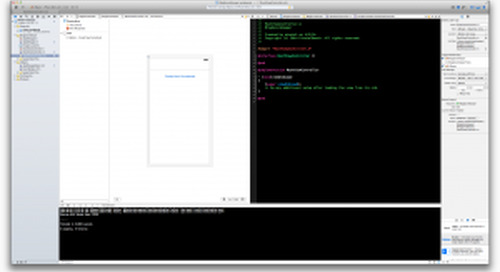 Getting Started on Your First iOS App – Part II

This blog was co-authored by Yulia Tolskaya. The full source can be found here. In our last post, we cover... 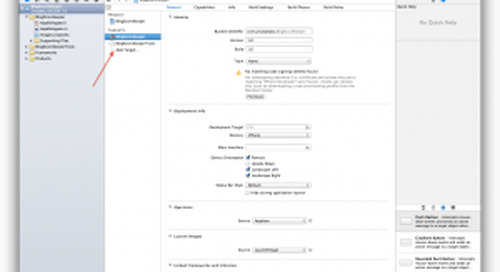 Getting Started on Your First iOS App – Part I

The app we’ll be building in this blog is a simple score keeping app. The requirements are simple: I want t...