The Pivotal Tracker team has its hands full, with much of our focus on a redesigned interface, with new features for teams working on larger projects. Beta access to that is just around the corner.

We’re also putting the finishing touches on the new API, and making various behind-the-scenes infrastructure upgrades. One of those is an overhaul of the Tracker search engine, rolled out last weekend, which has improved average server-side search performance by a factor of 20.

As part of that update, we’ve expanded the criteria available for advanced searches, and made it possible to do negative searches. You can also now hide accepted stories in the current iteration, as well as mention people when rejecting stories. And finally, it’s now possible to set up multiple activity webhooks per project, and manage them via the API. Keep reading for the details.

Searching should be noticeably faster, and we’ve added support for the following advanced search criteria:

The complete list of supported search criteria can be found here, and this search syntax can be used in the UI as well as to filter API requests for stories.

We’ve also made the error messages that appear with invalid search syntax clearer, and certain special characters like colons (in quotes) should now work in search terms.

More search improvements are on the way, including support for date ranges and relative dates (e.g. “yesterday”), as well as support for boolean OR expressions. And, the redesigned, new interface will support cross-project search!

It’s always great to see lots of accepted stories in the current iteration. But, on large projects, it can be a pain to always have to scroll past that sea of green to see what’s going on now, in terms of in-progress stories or stories waiting for acceptance. We’ve made it easy to hide these accepted stories, and toggle to reveal them, with one click.

Having your story rejected can be harsh, but at least now your product owner can make it more personal, by @mentioning you directly.

Activity webhooks are simply URLs that you specify in project settings, that Tracker sends JSON or XML requests to for every action in the project, for example story comments, state changes, new stories, etc. You can use that to build applications that “listen” for Tracker activity, and do amazing things with that.

Previously, a project could only have one webhook, and it had to be set up via the settings UI in Tracker. Now, projects can have as many as you like, and you can create, update, and delete them via the API or UI.

Webhooks are managed on your project’s integration settings page (Project -> Configure Integrations), or via the Project Webhook API endpoints.

P.S. You can also access project or story activity directly, via the API and the Activity endpoints. Webhooks sends you that same activity in real time, as it occurs.

Get in touch via email or comments below, and make sure you’re following us on Twitter! 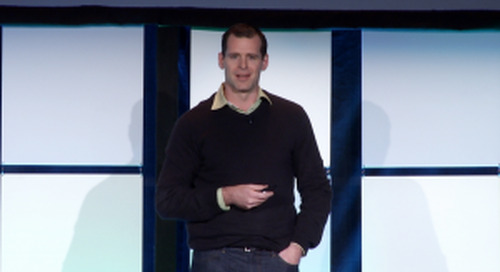 Josh Klahr at Strata: The Impact and Value of the Data-Driven Enterprise

During a plenary session this morning at the Strata Conference in New York City, Pivotal’s Josh Klahr, Vice...

Mobile payments, the future of NFC, making mCommerce more convenient – these are the types of topics that w...