A typical Rails development environment includes an editor, a terminal for running a web server, and a utility terminal for managing files, using version control, running tests, etc. During development, you’re constantly switching between your editor and these external terminals. RubyMine, an Integrated Development Environment, can eliminate this tedious back and forth workflow. In this post, we’ll learn how to run programs in RubyMine on OS X; allowing you to stay in RubyMine all day long.

These commands are commonly used to run test files, but they could also be used to run a simple Ruby script.

Open the run dialog with control + alt/option + R. The run dialog lists recently run programs. This is useful for when you want to rerun a test you ran several tests ago.

By default, this dialog also includes commands to run a development server, and your entire test suite. 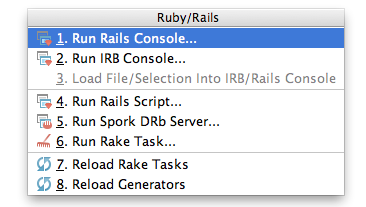 You can run a file or a code selection in an existing IRB or Rails console with alt/option + shift + L. View IRB history with command + E. 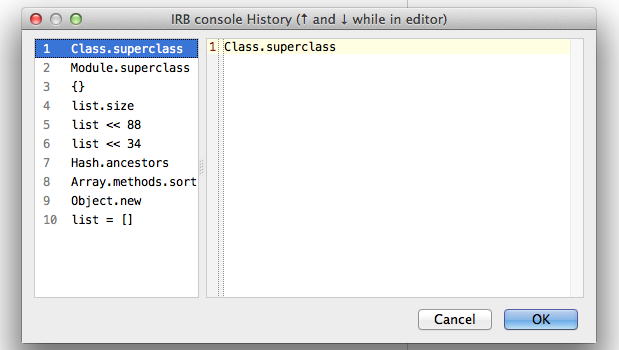 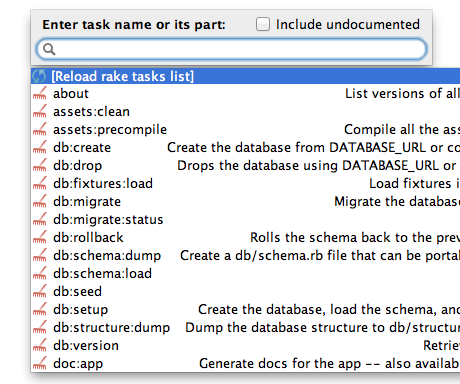 If a custom Rake task doesn’t appear in the list, reload Rake tasks from this dialog or the Ruby/Rails quick list (command + alt/option + R). 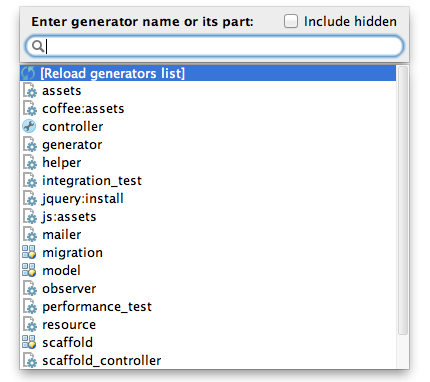 If a custom Rails generator task doesn’t appear in the list, reload Rails generators from this dialog or the Ruby/Rails quick list (command + alt/option + R).

Take Advantage of Your IDE

IDEs increase your productivity by combining all of your development tools into one program. Frequent context switching to external tools not only slows you down, but also requires more in-depth knowledge of each tool. Try gradually replacing external tools with their IDE equivalents. Over time, your knowledge of shell command options and obscure Git commands will no longer seem very important to you.

Last week I blogged about a new project for aiding in the hunt for test pollution, Scrubber. This is a pers...