The days of the cub reporter attending high school football games or city counsel meetings are becoming a thing of the past. With so much data available, and machines becoming increasingly effective at composing readable prose, why pay a young journalist to collect scraps of low-impact information relevant to a relative handful of readers? Outsourcing journalism to machines and low-wage workers abroad is a controversial notion, and there remains a gulf between rote machine-generated copy and engaging, in-depth stories produced by human journalists. But for news organizations scrambling to remain afloat in the new media economy, the economic advantages of outsourcing reporting on niche topics are clear. It’s not all gloom and doom, however: as legacy media organizations are scrambling to do more with less resources, small and non-profit news outfits are enjoying the opportunity to do more than ever.

This week’s announcement that investigative journalism non-profit ProPublica is partnering with Narrative Science is perhaps one of the most significant cases of this phenomenon yet. Originally a research project at the Northwestern University Schools of Engineering and Journalism, Narrative Science produces algorithmically-generated, human-readable narratives from massive sets of structured data. The company has worked with news outlets such as Forbes, transforming stock tickers into up-to-the-minute new stories, as well as data-driven companies wishing to take their analytics beyond the dashboard.

ProPublica’s data team is collaborating with Narrative Science to extend the reach and impact of its Opportunity Gap application. Analyzing the prodigious amounts of data released by the U.S. Department of Education, the project aims to reveal gaps in access to quality public education, depending on whether school offers advance placement classes, in consideration of the income levels of the respective communities. Previously, findings were accessible through the application’s dashboard interface. The collaboration with Narrative Science has allowed ProPublica to offer 52,000 machine-generated articles detailing findings for each school listed in the database. The result is a significant usability improvement for parents, readers, and researchers searching to see how the economic makeup of their communities impacts students’ access to quality education.

You can't replace your designer with Cucumber

This is the first in a series of short posts explaining what Cucumber is and isn’t. Used correctly, Cucumbe... 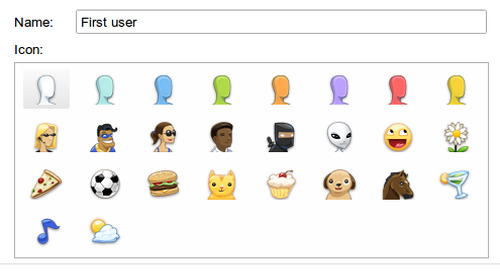 My normal workflow at home used to be that I would use one session of Chrome for normal internet browsing w...