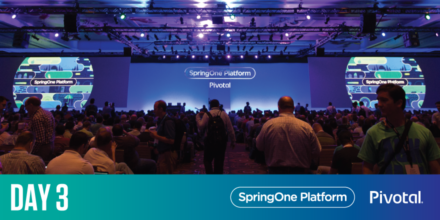 Day 3 kicked off with Sam Ramji, who oversees the gestalt that is the open source Cloud Foundry Foundation—where software choice and freedom are safe, and where inclusion, participation, and accountability keep it that way.

Day 3 also leaned more heavily into Spring—all grown-up and with new bounce in its step through the enterprise. We offer the day’s highlights…

Zen And The Art Of Platform

In under two years the Cloud Foundry Foundation—steward of the releases and processes for Cloud Foundry, booted up by a tremendous gift from Pivotal—has become more than the sum of its parts. To Ramji it was always a positive sum game. He noted how the history of civilization is a series of positive-sum games, played at expanding scales where the self identifies with the other: from family, to tribe, to nation-states. Sam used the single brushstroke Zen symbol of wholeness (Ensō) to illustrate how an OSS community can bring everyone involved closer to a whole, where self=other. The more we contribute and share, the more it works for the self and and others.

Cloud Foundry gives the freedom of every datacenter and cloud in the world to move applications around. In one year:

Justin calls Bloomberg a ‘firehose of information’ and he’s not kidding: Since 2009 growth in that data that Bloomberg reconstitutes as information at one point saw 100 billion market messages put out in single day, with 500 stories a second being published.

Justin’s team is indispensable to making that happen. They refine and improve that flow for financial types, through 100 million lines of javascript (and lots of ruby, C++, python, Fortran and more), scale 4,000 production deployments per day (or 1 per engineer).

Bloomberg, too, is a story of the positive-sum game to achieve velocity, and to make it meaningful for all contributors, ensuring 100 milliseconds availability, and 1.5 million saved searches.

Justin boiled it down to culture, tools, and a platform—and self services.

“If we have to ask for permission to do things, we have failed.” 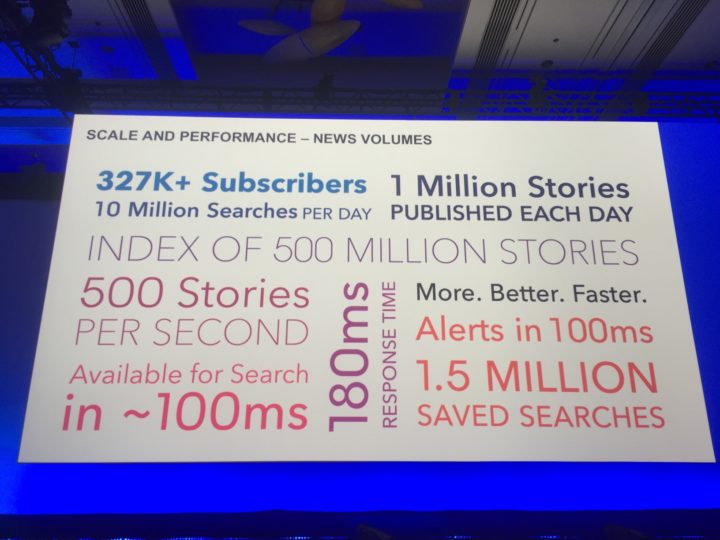 Results Should Be More Fun

Andy Zitney likes to give business managers a clear message: You need to change. There is no going back. His aim though is to thaw the middle of organizations, where developers and operators are frozen in waterfall mindsets and process. Zitney wants business to set their developers free—to remove the Yak (computing’s Sisyphean metaphor) and all the time spent shaving it.

Zitney knows about the enterprise culture of protection. He kick-started transformation for his previous company, and if that wasn’t enough, he’s bringing that to the 182-year old McKesson—a Fortune 5, $189b/year company from which 1 of every 3 prescriptions are shipped and filled.

Noting how software has been eating the world for some time now, he spoke of legacy mindsets and architectures.

Zitney’s blueprint for putting down the shears:

All of this echoed the sentiments of Sam Ramji and Justin Erenkrantz, where self-service is not just noble but a pragmatic (and organization-saving) goal.

The excitement of the developers creates a snowball effect where you churn out good code and bring revenue into the company. As Andy stated, “Start writing the microservices on the platform. Silicon Valley—and everybody—is coming.”

Highlights as Pivotal SVP of Product, James Watters who talked to Google, Comcast and Accenture, and Microsoft and Manulife (edited and paraphrased).

James noted that as we expand and apply ideas, Pivotal will need partners and engineering partnerships to expand the cloud across the world, and transform them into modern agile microservices.

Great comment from @wattersjames at #s1p – how risk management has changed – the real high risk is not being able to deliver code fast.

While quiet—but always looming—Google has been doing cloud work around compute, network, and storage for the past 15 years, with a lot of large enterprises and partners looking to expand on Google’s cloud. Google is now working with Pivotal Cloud Foundry on top of Google Cloud. Jay noted that a collaboration with Pivotal that started with one engineer in past year, now has a dedicated Google team on this. 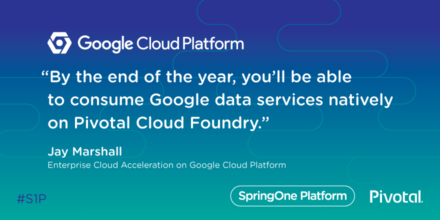 Nigel Barnes, Chief Architect, Accenture
Nigel noted the hard work it takes in assessing and migrating with care in converting a monolith, to independent architectures and microservices. 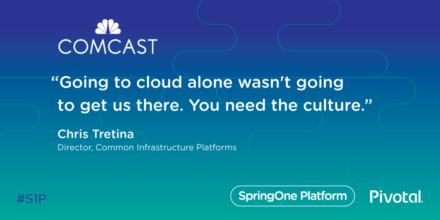 When Microsoft Came To Java

Choice and freedom have perhaps taken their most radical turn, with Microsoft at a java conference talking about… Java deployments! Azure has a new partnership with Pivotal.

@sebblandizzi throws down the gauntlet on the #S1P main stage "@Azure , we need you everywhere!" @CoreySandersWA

We’ve had forward-looking sessions where data and analytics are engaging with runtime platforms. Here are are some posts and thoughts from our data colleagues on the ground:

Awesome talk by Thomas and Ashish @MerrillCorp – @pivotal and @Azure really are better together! #sp1 pic.twitter.com/z4jf3KYB7K

i've never been to a major vendor conference that had anything like this level of customer commitment to developer experience. #sp1 @pivotal

If you want to learn @pivotal CI tool Concourse this tutorial is awesome. https://t.co/0Bw5ikjTAQ Matt Curry#sp1

"How do we do Java on Azure? And Pivotal was the answer." @Manulife at #SP1 pic.twitter.com/CLaNLl8SvW

"in my distributed system, my ___ will always work": you don’t think it, but do you act that way? @brianwdunlap building for failure at #S1P

Data that developers at @Bloomberg and elsewhere need to process is growing and growing. #springone #sp1 pic.twitter.com/SbI2S4E2bN

here's the #zipkin demo app I showed at #S1P https://t.co/v9kAk8XsSW

Remember to follow us on Twitter to get updates of all the great talks happening on the last day of the conference!

Read the rest of the recaps to see what else went down at SpringOne Platform: Day 1, Day 2, and Day 4. 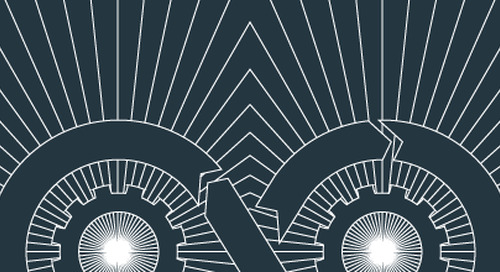 In this article, Pivotal Cloud Foundry platform engineer and consultant, Guido Westenberg, gives us a deep ...

In the first part of a two part episode on Spring Boot and Spring Cloud, Josh Long and host Coté talk about... 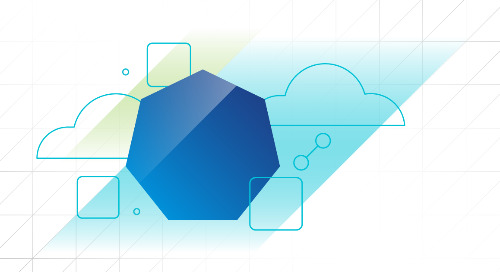