Play Games with Me!

This past week, we led a Discovery and Framing session with a new client. At Pivotal, the 2 week D+F (as we call it) is an exploration into what should be built. We look into who the target population is, what the client’s goals are, and what could be built to meet the users’ needs.

There’s A LOT of ideation that happens, a good amount of user research, and the occasional pivot. At the end, the team has hopefully made some decisions about a path forward.

To get the team to a point of exhaustion of ideas, we play brainstorming games that are geared towards divergence. We like to have as many ideas out on the table to begin with because it’s a good predictor of success in the long run. When we’re trying to narrow down the list of possibilities we use activities that help everyone focus.

I’ve divided the games we played this past week into “Diverging” and “Focusing” below. Hopefully I’ll be able to add individual posts about each game at a later time and include photos.

The games above are just examples and can be used in an endless variety of combinations to meet your goals. For projects where there is a lot of confusion around where everything is trying to go, This, Not That is great. For others where it seems like there aren’t enough ideas, Yes, and may be just the ticket.

What games are you using to expand possibilities or focus your team?

Documentation, Out of the Virtual Box

Once upon a time, both hardware and software alike showed up at your local gadget store in a real-life, tan... 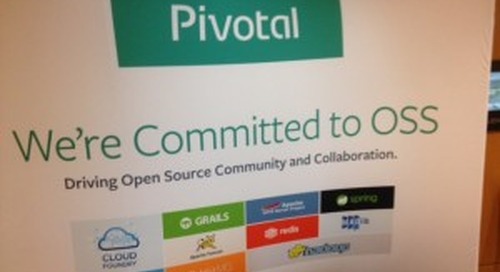 Pivotal Debuts at ApacheCon North America 2014: Thanks For Having Us!