Recently, there have been several updates around the Apache Web Server project, httpd. In July, this open source project saw three significant updates including:

The Pivotal Web Server team, who also contributed to these open source Apache releases, has also been busy at work creating new releases and plans for Pivotal’s commercial offerings around httpd. These advances include:

The vFabric ERS (Enterprise Ready Server) product previously included support for httpd 2.0, a project that has already passed the End Of Life window back in 2012. Since ERS does not use the 2.0.x product line, the httpd 2.0.65 release has no impact on Pivotal ERS customers. vFabric ERS itself is in the process of reaching End Of Life on July 1 of 2014 (the subsequent year of technical guidance support excludes any patch updates). The last product release 4.0.3 shipped with httpd 2.2.17, and while further security updates are possible, they are considered unlikely. Only critical vulnerabilities will be addressed prior to the End Of Life for ERS httpd-2.2 based products, and customers should promptly transition from ERS httpd-based products to the vFabric Web Server. This will ensure their systems continue to benefit from enhancements, bug fixes, and security updates of any severity.

While Apache httpd 2.4 is still not widely deployed, there is much optimism towards the project for its ability to overtake the widely used httpd 2.2. There are a few key reasons:

Pivotal remains committed to the success of the Apache httpd project and continues to offer enhancements and bug fixes identified by our customers upstream to the respective projects. Look for more information and updates about Apache httpd 2.4 in upcoming blog posts.

Pivotal vFabric Web Server is a commercially supported run-time package supporting Linux, Solaris and Windows operating systems on several CPU architectures. It is based on Apache Web Server project’s httpd source, and shares that open source code with few exceptions. Among other differences, it differs from the default Apache httpd package in several respects, including support for multiple ‘instances’ running on different IP addresses or ports supporting different configurations, exposed services, and alternate user and group credentials. The packages are built on the corresponding native compilers of each operating system with aggressive optimizations for the typical CPU models found in the modern datacenter. They ship with all of the library dependencies (such as openssl, openldap, etc) necessary for consistent behavior between architectures and to ease migration between platforms or multiple platform deployments. 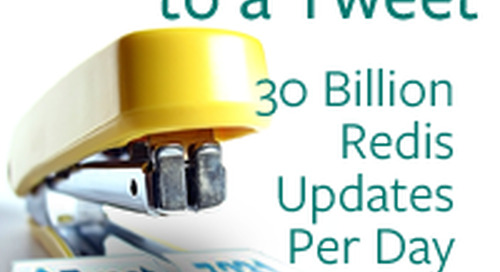 Josh Dzielak, the VP of Engineering at Keen IO, shows how the term “full stack developer” is expanding to i...